As young people increasingly prioritise sustainability in their investment choices, mining firms will need to adapt to higher standards of responsibility 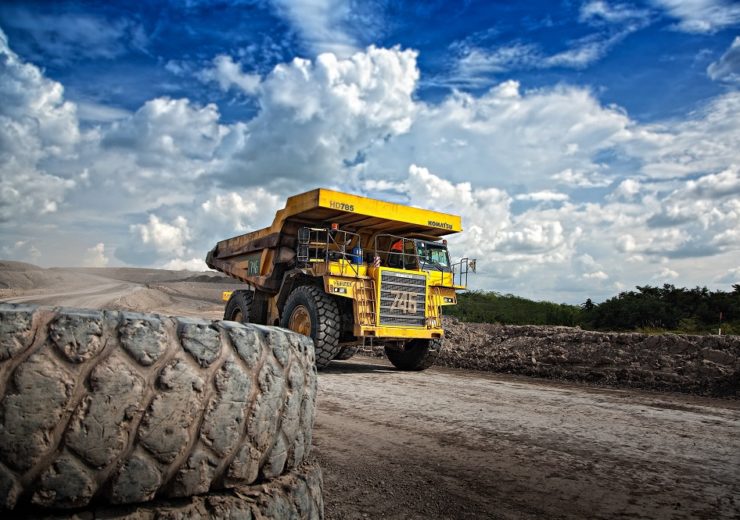 Holistic, wide-ranging approaches to sustainability are required if mining is going to grow as it should. World Mining Frontiers writer Isabel Ellis talks to Roy Jakola, founder and CEO of non-profit communication platform Global Mining Sustainability, about what companies can do to combine technology with a thoughtful attitude to resources and communities, and create an overarching vision and strategy.

While funding for worldwide mining exploration in 2018 remained above the industry-wide lows recorded in 2013 and 2015, it was nevertheless 50% down on the previous year – putting annual exploration funding at less than a quarter of the 2012 peak.

It wasn’t meant to happen like this. Before 2017 was revealed as a plateau, the exploration business looked to be entering a typical period of sustained growth as it emerged from a commodity crash. “It was a shock, because they expected it to take off the way it had every 10 years,” says Roy Jakola, CEO of Global Mining Sustainability, who doesn’t expect a sudden market correction.

“It’s over. It’s a fundamental shift. The millennial does not want to invest in mining.” That’s a sustainability issue if ever there was one. “Where’s the money to build the mines?”

Social engagement a key factor in improving in mining sustainability

It’s there, of course. It’s always there. Mining majors are beginning to take over from speculators in investing in exploration juniors, and while oil, gas and coal industries – which Jakola calls “dead men walking” – face competition from renewable and nuclear energy sources, there’s no other way to replicate the qualities of the metals we source from mines without first extracting them from the ground.

And yet, Jakola continues, mining companies “are not solving the problem – they’re taking the next best way to get money because that’s all they know how to do”.

The real problem, as Global Mining Sustainability sees it, is social engagement. On the local level, every stage of a mining operation needs to engage with local communities to promote and foster a life-cycle understanding of how it can contribute to their development and well-being.

“But if you ask an exploration guy why he’s there,” sighs Jakola, “he can’t even spell ‘sustainability’.

“There is no money for him to be engaged with the community. He wants to get in and out because he has so little. The system is set up to fail before it starts.”

On the other side, once-reliable mining investors are looking to new opportunities around legalised cannabis and blockchain technology, which, though they too cycle through boom and bust, have next to none of the historical and cultural baggage of the extractives industries.

“It’s the most complicated part, it has the most variables, and it takes the longest time to solve,” admits Jakola, “but if we don’t start to discuss social engagement and create some scopes of work, some solutions, mining is going to get blindsided by eco-investment and roadblocks by communities. We’re seeing countries saying they don’t want any mining because mining is not handling the issue strategically.”

In 2017, El Salvador banned all metal mining within its borders. As the authors of the ‘Mining and Climate Change: A Review and Framework for Analysis’ paper point out, one of the two formal data sources explicitly cited by the law was a strategic environmental assessment commissioned by the El Salvador government in 2011 to address the fact it had access to so little data about how mining impacts the environment, from mining companies or otherwise.

“This is hardly the most desirable situation,” they note. “SEAs [Strategic Environmental Assessments] are done relatively quickly and are thus unable to probe with the depth and nuance that would be possible through more extended analytical work.”

The paper concludes with a warning that “critical policy decisions about mining and climate are being made in an evidence, data and analysis-poor environment”.

At some point, failing to engage with an issue becomes part of the issue itself.

That said, a number of mining majors are beginning to highlight the successes of their sustainability plans. Since 2017, around 10% of the remuneration schemes for executives at Anglo American have been based around achieving an 8% improvement in energy use and a 22% saving in greenhouse gas emissions against its projected ‘business as usual’ (BAU) consumption by 2020.

In 2018, it saved more than six million gigajoules of energy and cut emissions by 6.1 million tonnes of CO2 equivalent.

The 2018 Responsible Mining Index (RMI) ranked Anglo American first in three of the six thematic areas (economic development, life-cycle management and community well-being), into which it groups its sustainability measures. In particular, the index cites the UK company’s formal commitment to considering national development plans and applying environmental criteria in its investment and business decision-making, and its management of the impacts of resettlement and mine closure.

Similarly, Newmont, which leads the way in the RMI rankings for business conduct and environmental responsibility, has instituted a shadow carbon price of $50 per tonne of CO2 equivalent to quantify future carbon pricing-related risks in its operations today.

The scheme applies to all investments, contracts, mergers and acquisitions with a carbon footprint greater than 25,000 tonnes per year of CO2 equivalent. The RMI praised Newmont for the evidence it showed of “assessing and addressing the potential implications of climate change for its operations and its impacts on communities, workers and the environment”, along with its systematic approach to tracking and reviewing its performance on biodiversity management.

“At corporate major mining, they’re at least saying what we think,” agrees Jakola. The 2018 RMI covered 30 companies, 19 of which made the top 10 in at least one of its thematic areas.

“While individual company results still show considerable scope for improvement,” it notes, “the RMI-assessed companies have collectively proved that responsible mining is a realistic goal.”

In fact, if a single company attained all the highest scores achieved for every indicator, it would reach more than 70% of the maximum possible score – which, the report stresses, implies that existing best practice, systematically applied, could already go some way to meeting societal expectations.

“But,” Jakola cautions, “once you get below the veneer of the top 10, it’s lost almost completely.”

In his experience, a Good Samaritan turning up at most mining companies with a bright idea to make them more sustainable won’t necessarily get the door slammed in his or her face, but they won’t get a proper hearing either.

“They’ll let you in because they’re polite,” he explains, “but mining’s run by engineers and accountants. Engineers like a clear scope of work and accountants like a rate of return on investment.”

The goal of the Global Mining Sustainability platform is to help mining move past this approach while respecting the expertise that dominates mining decision-making. He might be representing a non-profit, but Jakola, a former underground driller and blaster, is keen to stress that he comes at the problem with dirt under his nails rather than with cap in hand.

That means focusing on technological scopes of work that can offer returns on investment while enabling better social engagement and more sustainable operations. In Jakola’s words, his organisation is working on “a Trojan horse for sustainability”. At present, he believes that could be blockchain.

Whereas most of the implementations he’s seen in the industry so far relate to individual processes, Global Mining Sustainability is partnering with organisations to research and promote its possible use as the technological backbone for simultaneously making operations and processes more efficient, more collaborative and more traceable.

“It has to start from the initial engagement that mining has with the community,” he explains, “and it has to stream through engineering, procurement and construction and mine operations.”

At present, the RMI advises that few companies go beyond compliance to proactively disclose public interest information, but that doing so in an effective manner can help them foster more informed engagement with stakeholders.

In fact, the mining industry has something of an in-built advantage if it wants to take responsibility for being the life-cycle custodian for the materials it extracts.

Jakola has consulted with companies currently creating blockchain solutions downstream, from metal production to car manufacturers, but notes that for all the efficiencies and traceability assurances they can introduce, they’re not able to guarantee that the materials they track were sustainably or responsibly sourced.

By contrast, “if mining can take the custodial ownership of the sustainability of what it creates, it can drive the narrative”.

There have been some isolated examples of something similar happening at mining majors, although the technology used is far less disruptive. Barrick Gold Corporation, for one, publishes environmental data for all the company’s mine sites – excluding those operated by Acacia Mining – in one Excel file.

The RMI awarded it the maximum possible score for tracking performance on managing energy consumption and demonstrating continuous improvement in energy efficiency.

The RMI also draws attention to a 2015/16 Anglo American pilot that used text messages to monitor the changing perceptions of communities around the Mogalakwena mine in South Africa, which is currently being rolled out at other sites worldwide.

It’s not a direct inspiration, but it bears some resemblance to Global Mining Sustainability’s partner platform GenZ Mining, which Jakola is particularly excited about.

“We sort of lucked out on Generation Z coming into industry today,” he admits. Working with a network of university programmes and training schemes, the organisation is aiming to create a communication platform where the voices that will define mining in a generation can share their opinions on what they want from a career in the industry, as well as mining’s approach to social engagement.

“Some 85% of Generation Z, 85% of life, just wants a job,” says Jakola. “But the other 15% will be game-changers. We have to find them and get the mining industry to engage with them. We have to promote them into positions of power. And, by the way, they know how to talk to social media. Mining doesn’t.”

Ultimately, for mining to achieve a sustainable social licence to operate, Jakola believes it is going to need to learn how to be fully transparent. “It has to talk the way that society wants it to talk,” as he puts it. “It has to message the way society wants to hear its message.

“I have a tremendous amount of confidence it will succeed, it’s just how punishing it wants to be on itself in the process. We’re trying to make it a little easier.”