Was Shell ‘complicit’ in the Ogoni Nine executions? Witnesses to testify in oil and gas giant’s home country 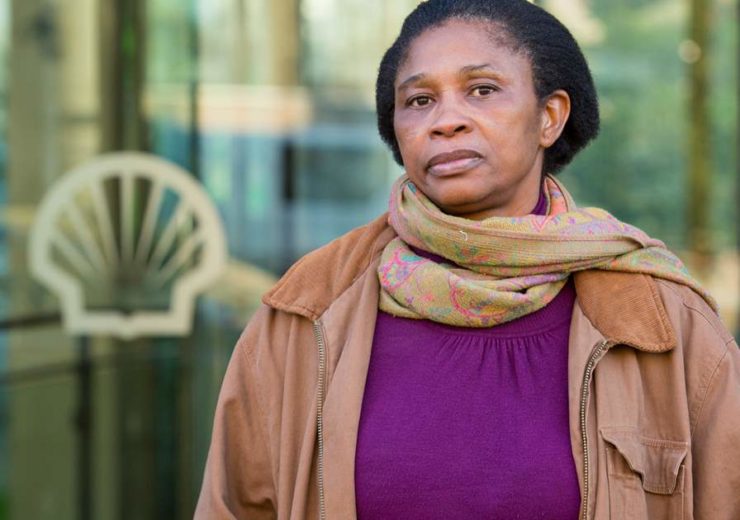 Esther Kiobel lost her husband in 1995 when the Ogoni Nine were hanged by the Nigerian government (Credit: Amnesty International)

A witness hearing pertaining to Shell’s alleged complicity in the execution of nine Nigerian activists by the country’s government will be held today in The Hague.

It marks the latest development in a case that dates back to 2002 when four women including Esther Kiobel, widow to one of the victims collectively known as the Ogoni Nine, launched a lawsuit against the oil and gas giant.

Dutch courts will hear for the first time accounts from individuals who claim the firm bribed them to proffer false testimonies that contributed to the nine men being hanged in 1995.

Mark Dummett, Amnesty International’s business and human rights researcher, said: “For more than 20 years Shell has escaped scrutiny over its role in these tragic events.

“We applaud the courage and persistence of Esther Kiobel and the other women who have brought this case.

“This case exemplifies how hard it can be for the victims of human rights abuses to hold a powerful multinational corporation to account.

“These four Nigerian widows represent the cause of the Ogoni Nine, as well as countless residents of the Niger Delta who feel that their rights have been trampled on by Shell.”

The Ogoni Nine were hanged more than 20 years ago along with renowned activist Ken Saro-Wiwa after they were convicted in what Amnesty International has denounced as a “blatantly unfair trial”.

They stood accused of involvement in the murder of four Ogoni chiefs who they believed were actively undermining the Movement for the Survival of the Ogoni People (MOSOP).

The group protested against the pollution Shell’s drilling activity caused in the Ogoniland region and Amnesty International maintains, contrary to the government’s line, it was, in fact, the Ogoni Nine’s involvement in this campaign that led to their deaths.

The human rights organisation said in a 2017 report: “The executions were the culmination of a brutal campaign by Nigeria’s military to silence the protests of MOSOP, which Shell declared was no longer welcome to operate in the area in January 1993.

At the time, Nigeria accounted for a fifth of the oil and gas reserves then belonging to the Anglo-Dutch company, which was generating up to $240m in profit a year and more than a million barrels of crude every day as a result of its operations in the country.

Two decades in the making

Seven years after the Ogoni Nine were hanged, during which Kiobel fled to the US where she was granted asylum, the widow filed a lawsuit against Shell for its alleged complicity in the murders.

In 2013, more than a decade later, the US Supreme Court ruled that it did not have jurisdiction over the case and refused to examine its facts or hear any testimony.

It was not until 2017 that Kiobel was able to bring a new lawsuit against the oil giant, with the aid of three other Nigerian women — Victoria Bera, Blessing Eawo and Charity Levula — in the Netherlands, which agreed to bring it forward.

In February this year, the District Court of The Hague gave Kiobel and Bera their maiden platform to tell their stories, though Eawo and Levula were refused European visas and remained in their home country.

In May, the court ruled the case was not time-barred and that it did have jurisdiction, before ordering the plaintiffs to bring witnesses and further evidence to substantiate their claims, which centre on the alleged bribes Shell made to secure testimony against the Ogoni Nine.

This month’s hearing of witness statements highlights the proceedings’ exponentially hastening trajectory and makes feasible for the first time an end to what will likely be remembered as a seminal landmark in the development of international human rights.

Oil-stained operations in the Niger Delta

To this day, the MOSOP group campaigns against Shell’s oil operations on the grounds that it causes irreparable damage to the land and the lives of the people who rely on it for their livelihoods.

Recently, another group dedicated to the same goal made significant progress towards navigating the barriers which have traditionally helped large extractive firms circumvent legal accountability.

In July, the British Supreme Court ruled in favour of allowing 40,000 members of the Nigerian Ogale and Bille communities to bring legal action on British soil against Shell for allegedly polluting various parts of the Niger Delta near their homes.

Both groups argue they have suffered as a result of systematic and ongoing oil pollution for years because of the Shell subsidiary Shell Petroleum Development Company of Nigeria’s (SPDC) operations in the Niger Delta.

The firm does not dispute the claims lodged against its pipelines and oil activity, or that it has as yet not taken adequate action to solve the issue, only that it should not be held liable for the actions of SPDC.