"We are, in energy terms, currently in a perfect storm," said Jeremy Wilcox, managing director of Thailand-based independent energy and environment consulting firm The Energy Partnership. 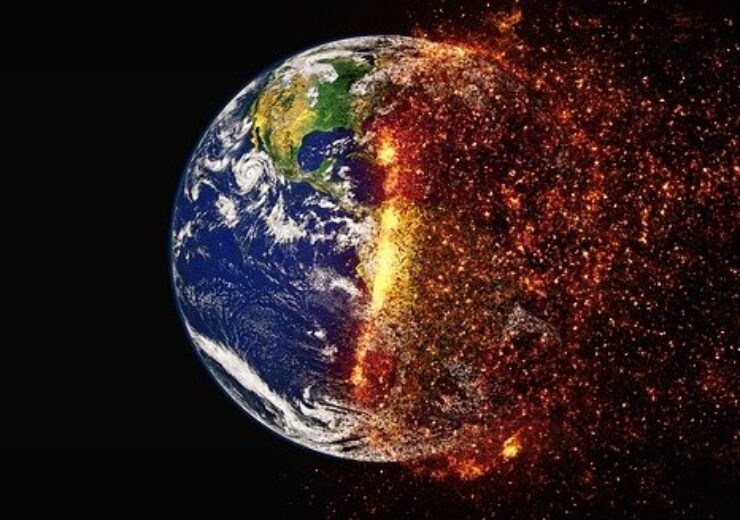 In November the world will convene in Glasgow for the delayed annual UN climate summit with delegates seeking to agree a pathway to limiting global temperature increases by reducing emissions. The process will likely mirror that of the previous 25 editions of the annual Conference of the Parties; the rich nations will be chastised by the poorer nations for their historical emissions output, with the poorer nations seeking financial help from the richer nations to help offset emissions.

Meanwhile, scientists will warn that the pace of emission reduction is too slow and on the last day of the conference an agreement will be reached, although the scope of the agreement will be insufficient to appease the environmental lobby.

Excuse my cynicism. I’m not a climate change denier but the annual COP roadshow has systematically failed to deliver on its founding remit. We have had the Kyoto Protocol and more recently the Paris Agreement and while emissions among developed economies have fallen there has been minimal progress among developing economies with the net effect that climate change is widespread, rapid and intensifying, according to a report in August from the Intergovernmental Panel on Climate Change (IPCC), which warns that unless there are immediate, rapid and large-scale reductions in greenhouse gas emissions, limiting warming to close to 1.5°C or even 2°C will be beyond reach.

Since the ‘climate war’ began in June 1992 at the ‘Earth Summit’ in Rio de Janeiro there have been two policy approaches: mitigation and adaptation. After a quarter-century of mitigation policies and medium to longer-term emission reduction targets, governments are now seizing on the coronavirus pandemic as a clarion call for a green economic rejuvenation, with western counties vying to outgreen each other on their green strategies and acutely cognizant of the magnetism of environmentalism in attracting investment.

Green economic recovery is a catchy and worthwhile business mantra, but its timing is misplaced. What was lost during the pandemic was demand, as restrictions closed economies, which in turn closed businesses and increased unemployment. Post-Covid, demand has returned, and this demand would have returned regardless of the colour of the economy.

In this greening policy period, there needs to be some thought applied to the “what if” scenarios, and this summer has arguably posed the question of whether the phrase ‘green economic rejuvenation’ has already become an oxymoron.

We are, in energy terms, currently in a perfect storm. Global energy prices are soaring as heatwaves ramp up air cooling demand, while coal shortages in India, high freight rates, tight Asia coal supply due to Indonesian rains, Hurricane Ida in the US and Russia supply uncertainty provide supply risks.

Summer, in terms of prices, has become the new winter with surging energy prices ramping up inflation. While this may be a perfect storm, it could also be a sign of summers to come with surging air-cooling demand and subdued wind generation from lower winds a consequence of climate change. The irony is that to balance higher demand and lower wind countries are forced to increase coal burn, which increases emissions, raises electricity prices and is inconsistent with ‘green economic recovery’.

While there may be some mitigating factors behind the summer price rises in Europe, such as Russia gas supply uncertainty that has nothing to do with climate change, forecasts have most prices either increasing or remaining near current highs throughout the remainder of this decade even though Russia gas exports are forecast to progressively increase over the next two decades. And while Norwegian and UK Continental Shelf gas production is expected to reduce through this decade this lost supply should be offset by increased LNG and Russia exports. But the price of LNG cargoes is increasing, due to increasing Asia competition for cargoes, and Russia gas export prices are also expected to increase as China competes with Europe for exports.

If wind power is critical to reducing fossil fuel emissions, but climate change makes wind a less reliable energy source and increases air-cooling demand during the summer when winds are seasonally lower, there needs to be an energy adaptation strategy with Europe committed to either fully phasing out or reducing the installed capacity of nuclear, and phasing out coal as part of its decarbonisation strategy.

Environmentalists have long argued the case for emission reduction by highlighting the risks of climate inaction. But if this summer is a preview of summers to come there is also a risk that climate actions will increase energy risks and, therefore, economic risks.

The IPCC warns in its latest report that limiting global warming may now be beyond reach, which increases the importance of climate change adaptation strategies. But equally, the green-first policy approach being adopted needs to have an embedded energy adaptation strategy to reduce the economic risks from future perfect storm situations.