Opec members agreed to raise oil production slightly after months of deep cuts, but the negotiations revealed divisions that will likely resurface in the months to come 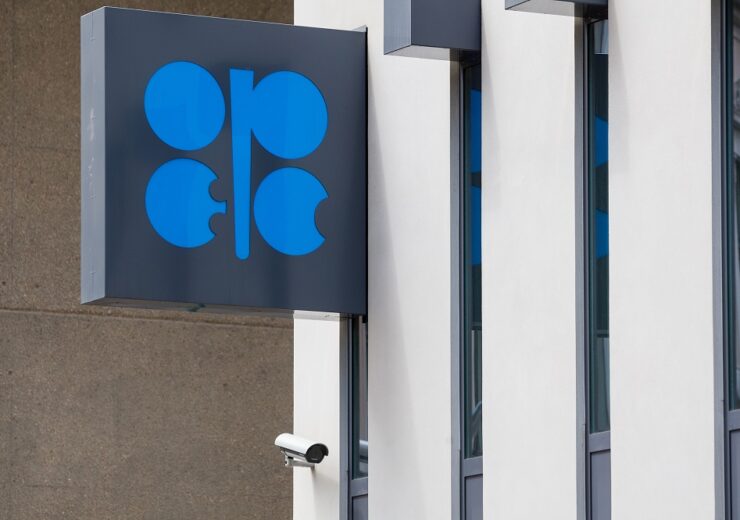 Opec and its allies agreed to raise oil production by 500,000 barrels per day from January (Credit: Sodel Vladyslav/Shutterstock)

The spectre of a price war loomed large last week as Opec members struggled to an agreement over raising oil production, seeking to avoid a repeat of the fallout that plunged commodity markets into disarray earlier in the year.

Ahead of the virtual summit of oil producers, there had been broad expectation that ministers would agree to roll over the existing level of production cuts – 7.7 million barrels per day (bpd) – for at least three months, rather than tapering down to 5.8 million bpd as had been scheduled to happen at the start of January.

That timetable had been agreed back in April when Opec, along with its allies led by Russia, reached a landmark agreement to scale back its combined crude oil output in the face of receding global demand caused by the pandemic.

“During November, the idea of delaying the easing in production restraint took hold,” says Wood Mackenzie vice president Ann-Louise Hittle. “This reflected widespread concerns that weaker-than-expected global demand would lead to a large oversupply in the first quarter [of 2021], unless Opec+ held back from the nearly two million bpd planned increase.”

But the negotiations last week did not unfold as anticipated. The United Arab Emirates (UAE) was a perhaps surprise voice of dissent, demanding nations such as Iraq and Nigeria fulfil their own curtailment obligations before agreeing to any modification of the existing deal.

Tensions simmered throughout the week between the UAE delegates and ministers from Saudi Arabia, which nominally leads the Opec group.

It was a sign of growing diplomatic strain between the two countries, and one that reflects the UAE’s growing ambitions to raise its status on the oil-producer stage and emerge from Riyadh’s shadow in the Gulf region.

Indeed, in the weeks prior to the Opec meetings, the UAE announced a new resource discovery that adds 22 billion barrels to its already-significant oil wealth, along with a plan to invest $122bn in growing its oil and gas industry over the next five years.

Impatience to open up the taps and raise production capacity after months of deep cutbacks is not confined to the UAE, but with coronavirus still impacting economic activity around the world, the concern is that moving too soon to boost supply could have a negative impact on already-weakened oil markets.

Back in early March, as the international extent of coronavirus was just beginning to reveal itself, a fallout between Saudi Arabia and Russia – which leads the informal Opec+ alliance – about how to respond caused a collapse in negotiations, sparking an oil price war that sent commodity markets into freefall.

It took a period of huge crude benchmark price drops, global inventories racing towards brimming point and a concerted international effort brokered by US President Donald Trump to bring the oil giants back to the negotiating table, and hatch an agreement to make deep output cuts to stabilise the market.

Faced with the prospect of another failed negotiation, at what is now a critical juncture for oil producers eager to resume pumping but not yet certain of a demand recovery, Opec members this time agreed to compromise after days of back and forth.

The broad Opec+ alliance struck a deal to raise production by 500,000 bpd from January – easing the collective cuts to 7.2 million bpd – with meetings due to be held monthly to assess further supply increases as 2021 progresses.

“The compromise reflects a determination to avoid a repeat of the price war in March and April this year,” says Hittle.

Wood Mackenzie estimates the deal agreed last week, if built upon with consecutive 500,000 bpd increases in February and March, will lead to an oversupply of 1.6 million bpd during the first quarter of 2021.

“We expect Brent [crude] to hold a floor near $40 per barrel in January, and average at least $45 per barrel for the month with this agreement,” Hittle adds.

While the compromise succeeded in averting a collapse in the negotiations and the launch of a second price war in the space of less than a year, the victory will be short lived.

The next test of Opec diplomacy is only a month away when members will reconvene to weigh easing the cuts even further, and Wood Mackenzie suggests it will be a “tricky task” to avoid similar disagreements over compliance and production at the monthly summits.

Progress is being made with vaccines that promise to return international markets back to some degree of normality in the not-too-distant future, but, as the International Energy Agency warned last month, oil-market fundamentals remain in a delicate imbalance, and optimism should not be overplayed.