The project has taken Bhutan’s hydropower installed capacity to 2,326MW - an increase of 44.8% on the previous capacity of 1,606MW 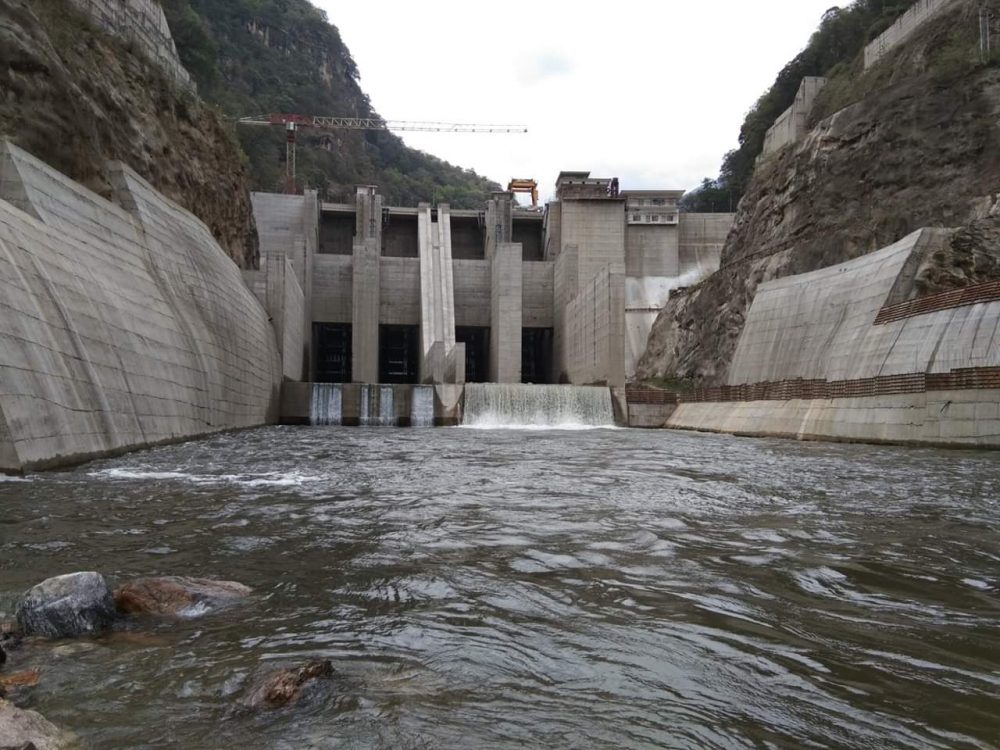 Mangdechhu's swift timeframe and low per megawatt cost led authorities to describe it as a “benchmark project” in the South Asian Association for Regional Cooperation area (Credit: Twitter/Central Water Commission)

The Mangdechhu Hydroelectric Project in Bhutan has been awarded the Institution of Civil Engineers’ Brunel Medal for 2020. International Water Power & Dam Construction (IWP&DC) provides an insight into the development.

A “game-changing” inter-governmental hydroelectric project, which almost doubled the installed hydropower capacity of Bhutan, was the recipient of the prestigious Brunel Medal 2020 – given out as part of the annual Institution of Civil Engineers (ICE) awards in October in the UK.

Named in honour of famed engineer Isambard Kingdom Brunel, the prize is awarded to recognise excellence in civil engineering and is open to all teams, persons or organisations operating within the built environment.

The Brunel Medal is historically won by projects and organisations from across the world and the latest edition of the prize went to the Mangdechhu Hydroelectric Project – a collaboration between the Government of India and the Royal Government of Bhutan, to accelerate hydropower development in the region.

Mangdechhu is one of 10 hydropower projects planned through this initiative, following the signing of an initial agreement in 2010, with the project inaugurated in August 2019 after seven years of construction.

Its swift timeframe and low per megawatt (MW) cost led authorities to describe it as a “benchmark project” in the South Asian Association for Regional Cooperation area, while the ICE awards panel were also impressed by its social and environmental credentials.

500 new jobs were created as a result, primarily in Bhutan, and it facilitated improved commercial opportunities for local firms. In addition, schools and health facilities benefited from upgraded infrastructures such as drinking water facilities and irrigation channels.

The project marks “five decades of Indo-Bhutan hydropower cooperation”, according to organisers, who estimate the annual energy generation at 3008 mega units. The surplus power will be exported to India for 4.12 Indian rupees (£0.042) per kilowatt-hour (kWh) via an EHV substation at Alipur Duar and is predicted to earn an estimated gross revenue of about Rs.12340 million (£12,462,462) annually.

“I think it has been received with a great deal of joy,” said H.E Ruchira Kamboj, Ambassador of India to Bhutan. “It’s an engineering marvel as I see it and a wonderful example of a win-win partnership between any two countries, and certainly in this context between India and Bhutan.”

In one fell swoop, the project takes Bhutan’s hydropower installed capacity to 2,326MW – an increase of 44.8% on the previous capacity of 1,606MW.

Lyonpo Loknath Sharma, Bhutan’s Ministry of Economic Affairs and Mangdechhu Hydroelectric Project authority chairman, said: “For the project to be completed in just seven years, a project of such magnitude and scope, it’s rare. There were problems [to overcome] but this was completed on time and we’re very happy that, amongst three megaprojects begun at that time, now Mangdechhu is formally completed.”

The project’s “transformational nature” and its clean electricity provision make it a game-changer for millions of people according to Dr Alistair Hitchcock, a committee member for the ICE Awards.

In what was a strong field of entrants, Dr Hitchcock said these two facets, along with its collaborative nature, swift turnaround and focus towards net-zero carbon made it a standout candidate.

“The ICE Awards committee felt that the Mangdechhu Hydroelectric Dam in Bhutan, which opened in August 2019, was a worthy winner of the prestigious ICE Brunel Award,” he said.

“From a strong field of entries, the green credentials of this mega project stood out. Conceived and delivered as a joint deal between India and Bhutan, this decade-long project will produce 720MW of clean electricity for millions and provide an additional 44% of electrical power generation on current capacity.

“This is a game-changer for Bhutan and, in a year when net-zero carbon by 2050 is well and truly in our focus, we should celebrate projects like this.”

Founded in 1818, ICE is a UK-based international organisation with more than 95,000 members, ranging from students to professionally qualified civil engineers. As an educational and qualifying body, with charitable status under UK law, the Institution supports its members throughout their careers and helps society to have trust and confidence in infrastructure professionals.

That societal focus and its environmental associations will be a key theme for the upcoming 2021 awards too, with the quest for net zero a key aspect of ICE President Rachel Skinner’s year in office and the Institution’s wider work over the coming years.

ICE, across its various specialisms and divisions, is working to harness the capability and capacity of the global civil engineering community to help the world achieve its goal of net-zero carbon by 2050.

This includes bringing about a transformation in business models through robust thought leadership, nurturing collaboration and building knowledge, making carbon accountancy “business as usual” for those in infrastructure as well as providing the evidence base for decision makers to legislate for a net-zero infrastructure system.

“The ICE Awards offer a great snapshot of what the engineering world is capable of,” said Mark Hansford, ICE’s director of engineering knowledge.

“The Mangdechhu Hydroelectric Project is a fantastic example of how collaboration and expertise in design can make tangible differences to society and help us make progress on our net-zero targets.

“It is this level of expertise and ingenuity that will help deliver those goals and I’m confident we’ll see a strong theme of carbon reduction and environmental awareness in this year’s entries, as engineers take up the net-zero challenge.”