Spotlight on the world’s five largest capacity operating pumped storage projects, and five of the largest schemes currently in development 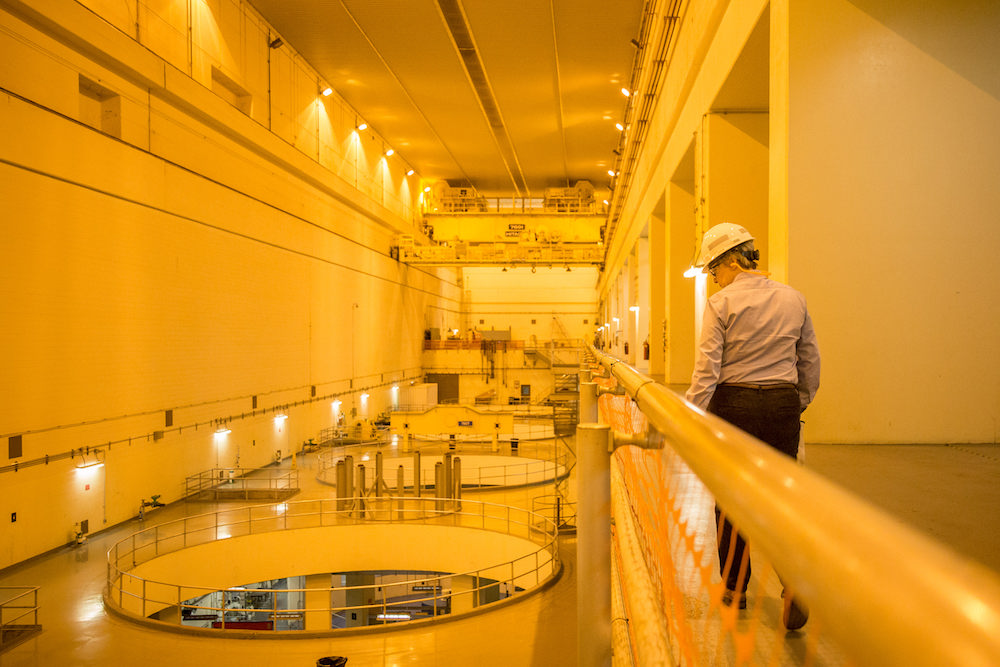 With a capacity of 3003MW, Bath County in the US is the largest operating pumped storage plant in the world

Pumped storage hydropower has a major role to play in renewables integration, with plans in place to develop several new sites globally.

Below we profile the largest of these projects currently in operation, and look at the details of major schemes that are under construction or in development.

The project’s licence was issued in January, 1977, and commercial operation began in December, 1985.

The power tunnel and penstock system, connecting the upper and lower reservoirs via the powerhouse, is comprised of three power tunnels with a diameter of 8.7m and three 300m-high shafts. The tunnel/penstock system includes 7.2km of tunnels. Excavation of the powerhouse required removal of about 380,000m3 of rock, with rock cuts in the excavation ranging from 21 to 104m.

The Huizhou pumped storage plant, located near Huizhou in Guangdong province, China, has an installed capacity of 2448MW from eight units. Initial units went online between 2007 and 2008 and the power station was fully complete in June 2011.

The 2400MW Guangdong pumped storage project is located in Guangdong Province, China. It features 8 x 300MW turbines which were installed in two stages, the first four turbines were completed in 1994 and the second four in 2000.

The Okutataragi pumped storage station is located in Asago, in the Hyōgo Prefecture of Japan. With a total installed capacity of 1932MW, it is the largest in the country. The plant is currently run by the Kansai Electric Power Company.

The Kurokawa Reservoir, the upper reservoir, has a capacity of 33.3Mm3, a catchment area of 1Mkm2, and a reservoir surface area of 5.2km2 and is held back by the Kurokawa Dam.

The embankment dam, located on the Ichi River, measures 98m tall, 325m wide, and is built with 3.6Mm3 of material.

The Tataragi Reservoir, the lower reservoir, has a capacity of 19.4Mm3, a catchment area of 1.05Mm3, and a reservoir surface area of 13.4km, and is held back by the Tataragi Dam.

Consumers Power and Detroit Edison formed the Michigan Electric Power Coordination Center in the 1960s, and in 1966 they agreed to jointly own and build the Ludington pumped storage project. Construction began in 1969 near the town of Ludington, Michigan.

The plant’s surface powerhouse holds six 312MW pump-turbines. The main contractor for the plant was Ebasco Engineering Co., which also provided the balance of plant while Hitachi handled the pump-turbine units. The facility was completed in 1973 and ranked then as the largest pumped storage scheme in the world.

In its opening year, the plant was awarded the Outstanding Engineering Achievement by the American Society of Civil Engineers (ASCE), and in 1987, upon Michigan’s 150th anniversary, was named one of the state’s top 10 engineering achievements.

The 3600MW Fengning pumped storage power station under construction in the Hebei Province of China will be the world’s biggest pumped-storage project upon completion in 2023.

Construction on the £2.1bn ($2.7bn) project has been underway since June 2013, with phase one expected to commence operations by 2021 and phase two scheduled for commissioning in 2023.

Fengning will operate as a peaking power plant for the safe and stable operation of the Beijing-Tianjin-North Hebei grid while balancing the intermittent power supply from large wind and solar parks in northern Hebei and Inner Mongolia regions.

The upper reservoir for the project is located at Huiyaozigou on the left bank of the Luanhe River that flows northwards from Hebei to Inner Mongolia. It has a total storage capacity of 48.83m3.

It will use the existing Fengning hydropower facility near Niuyuan that was brought into operation in 2001 as the lower reservoir, which has a total storage capacity of 66.15m3.

The facility will comprise an underground powerhouse equipped with 12 reversible Francis pump-turbine units of 300MW capacity each. Two of the six units to be installed in phase two will be variable-speed motor-generator units. Each variable speed pump-turbine unit will have a rated capacity of 330MVA in generator mode and 345MVA in pump mode.

Fengning will be the first hydroelectric facility in China to integrate variable speed technology for efficient power generation.

The 2400MW Attaqa Mountain pumped storage plant is being planned for development in Suez, Egypt. Also known as the Mount Attaqa or Gebel Attaqa pumped storage power facility, it will be one of the biggest and first facilities of its kind in the Middle East.

Hydro Power Projects Executive Authority (HPPEA) will be the implementing agency of the project under the Government of Egypt’s Ministry of Electricity and Renewable Energy.

The project is being developed with an estimated $2.7bn investment. Scheduled for commissioning in 2024, it will be the first power plant in Egypt to generate electricity using water storage and pumping during peak times.

The Attaqa pumped storage project is located on the Attaqa Mountain at the northern end of the Red Sea mountain range, approximately 15km west of Suez. The total surface area of the project site is estimated to be 168,000m².

The facility will use two (lower and upper) reservoirs with 7.3 million cubic metres of live storage capacity each, six large-diameter high-pressure penstocks and an underground powerhouse equipped with six 400MW reversible pump/turbine units. The maximum gross head will be 600m.

A consortium of French design firm Artelia and Swedish engineering and consulting company AF Consult was appointed as the owner’s engineer for the project in June 2017.

Also known as the Wuhua Electricity Storage Plant, the 2400MW Meizhou project is located in Huizhou, Guangdong Province. The $1.7 billion project is owned by China Southern Power Grid and is being constructed by SinoHydro

The project is being built in two phases, with the first 1200MW first phase expected to be completed in 2022. The first phase will feature 4x300MW units. Work on the second phase will depend on market demands and development.

Navajo Energy and Next Generation

In January 2020, it was announced that the Federal Energy Regulatory Commission in the US accepted Daybreak Power Inc’s application for a preliminary permit for its proposed 2210MW Navajo Energy Storage Station near Page, Arizona.

The project will utilize existing transmission infrastructure at the retired Navajo Generating Station coal plant. It uses water from Lake Powell and a new reservoir on a plateau above the lake.

The facility is Daybreak’s second energy storage project, following its proposed 1540MW Next Generation Pumped Storage facility that would utilise water from Lake Mead and transmission infrastructure near Hoover Dam.