While the nation's $122bn energy stimulus has invested heavily in renewables, the largest proportion of support is being spent on policies categorised as “other energy” 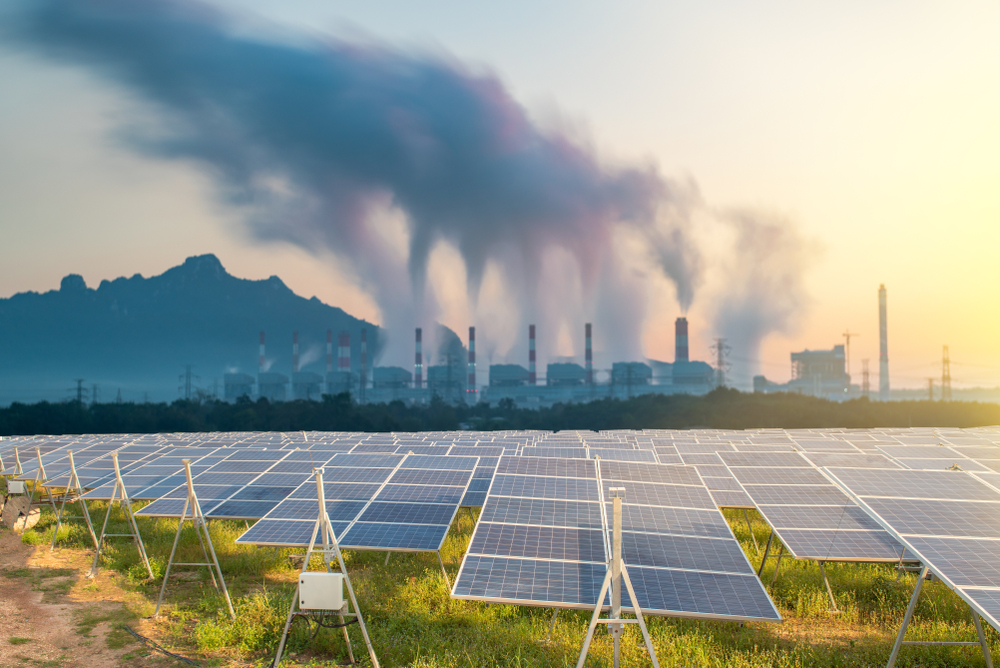 The Government of India is promoting a greener recovery by committing $35bn of the $122bn in energy-related funding to renewables, almost twice the $18bn provided to fossil fuels (Credit: Shutterstock/Love Silhouette)

India has committed more public money than any other economy to date – at least $122bn – as part of its Covid-19 stimulus to support the nation’s energy sector.

But a report by the Institute for Energy Economics and Financial Analysis (IEEFA) and the International Institute for Sustainable Development (IISD) claims that since the start of the pandemic in early 2020, the government’s stimulus has provided a “mixed bag” for the country’s energy transition.

The Government of India is continuing to promote a greener recovery by committing $35bn (28.5%) of the $122bn in energy-related funding to renewables, almost twice the $18bn (15%) provided to fossil fuels.

But the report notes that the largest proportion of support for energy by far is being spent on policies categorised as “other energy”, some $69bn (56.5%), with little public information available on whether this recovery funding is going to policies that promote sustainable energy, or energy types and sectors with high carbon emissions.

The analysis by the IEEFA and the IISD reviewed energy-related policies from the Energy Policy Tracker (EPT), which tracks official government sources and other publicly available information to monitor energy-related Covid-19 recovery policies across major global economies.

“According to the EPT, India has committed more public money to the energy sector than any other economy globally since January 2020,” said Vibhuti Garg, report lead author and IEEFA energy economist.

“We estimate that about 22% of the value of these public money commitments are primarily to deal with the impact of Covid-19 and the rest is to meet the government’s ongoing policy objectives on energy security, air pollution and climate change.”

Large portion of India energy stimulus being spent on “other energy”

As of 3 March, the EPT shows that 31 major economies have pledged more than $686bn to supporting energy through new or amended policies since January 2020 – but the energy-related funding from US President Joe Biden’s new $1.9tn American Rescue Plan is not yet included.

By comparison, more than half (56.5%) of all public money committed to energy in India is supporting “other energy”, according to the report.

“We are concerned India’s ‘other energy’ policies may disproportionately benefit fossil fuels, despite the fact they are not targeted at fossil production or consumption exclusively,” said Garg.

Other areas also categorised as “other energy” are state-level fuel policies, transport policies, development of power projects and transmission infrastructure.

“If a state promotes more incumbent fossil fuels than emerging clean technologies under such programs, it is again likely to benefit the fossil fuel sector more,” said Garg.

The report highlights that India’s energy-related commitments in the EPT are only an “at least” value and that it could be much higher than $122bn.

“The EPT only quantifies the cost of a policy that can be drawn from publicly available sources,” said report co-author Max Schmidt, a Carlo Schmid Fellow with the IISD.

There are many measures for which values are not available from official documentation such as support for commercial mining of coal, pushing back timelines to install pollution control technologies for coal-fired power plants, adding 100 more districts to the City Gas Distribution network, but also capital support of 25-year power purchase agreements and waiving inter-state transmission charges for renewable energy.

“With more transparent reporting, we would likely see support skewed towards fossil fuels rather than renewable energy,” said Schmidt. “But as of now, the picture in India is incomplete.”

Report recommendations on how to deliver a “green recovery” in India

As India starts to recover from the Covid-19 pandemic, the report makes six recommendations that could strengthen economic action, increase job opportunities and foster sustainability across the board to help deliver a “green recovery” in 2021.

As part of restarting the economy, it says the first step should be for the government to invest in India’s capacity to manufacture for the “green energy revolution”.

The second measure calls for the country to start investing in the “distributed system of tomorrow”, instead of just investing in trying to fix the problems of its existing electricity distribution system.

It should also increase the adoption of distributed rooftop solar energy sources and energy efficiency measures, which the report refers to as low hanging fruit that would help “alleviate discom woes” while making power more reliable and helping in job creation.

It recommends avoiding further rollbacks in standards and the lock-in of fossil fuel assets. Achieving energy security through domestic production that does not exacerbate air pollution, undermine forests or the climate crisis should be the priority, says the report.

Another action is the targeting of subsidies to the intended beneficiaries and the savings to be redirected for promotion of clean technologies, as well as increasing fossil fuel taxation and attaching more conditionalities to new fossil projects in order to “level the playing field”.

The final recommendation calls for the government to work on resolving policy and legacy issues to attract global and Indian financial institutions to bring in more capital to the deflationary, domestic renewables sector.