Why mining operators are making the move to hybrid power sources

Hybridisation offers a potential solution for mining companies looking to generate power in an affordable, secure and sustainable way. 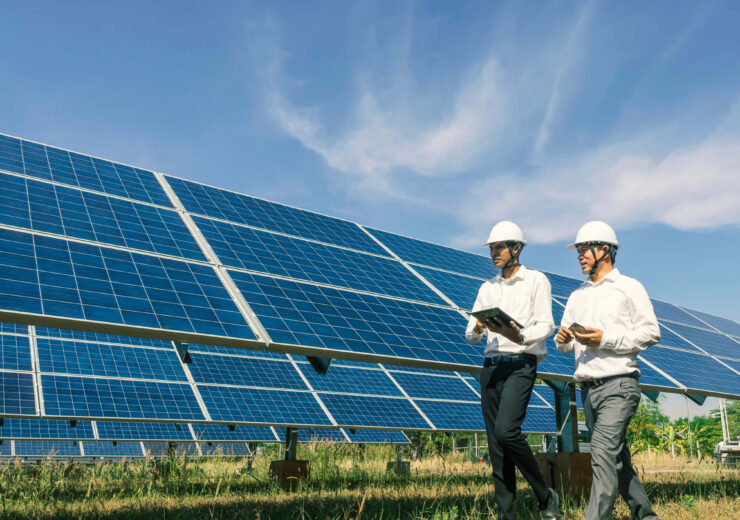 As mining operations look to offset their carbon footprint, many are turning to flexible hybrid power plants to provide the energy they require while reducing emissions and expenses. Elly Earls speaks to James Koerting, Gold Fields Australia’s vice-president for energy and technology, and EDL CEO James Harman about why mining operators are making the move to hybrid power sources and how to manage the commercial risks involved.

The holy grail for miners is to solve the energy trilemma: how to generate the power they need to run their operations in an affordable, secure and sustainable way. While renewable energy sources such as wind and solar tick the final box, it is only in very recent years that technologies like solar photovoltaics (PV) have started to come down in price.

Yet, renewable resources cannot be correlated with load requirements, sometimes resulting in generation being insufficient or discarded if there is an abundance.

Meanwhile, thermal energy from fossil fuels is reliable and flexible but subject to price volatility and high carbon emissions. Mining companies are currently among the world’s largest CO₂ emitters, as most run energy-intensive operations supplied by power stations using either diesel or gas.

However, as investors seek to influence corporations to reduce their emissions in line with science-based targets and the Paris Agreement, this is becoming a less feasible way of doing business.

As a result, more operators are putting time, investment and significant commercial risk into seeking alternatives, like hybridisation. Very simply, this means combining more than one source of energy in a power supply system, typically the augmentation of renewable energy with thermal power generation. It becomes complex due to the variable nature of renewables and their increasing volume compared with a thermal plant.

To counter this, a hybrid system may incorporate a battery to smooth out the variability and employ a specialised control system – a microgrid controller – to manage the dispatch of each of the sources of energy, ensuring the power supply is reliable and the use of renewable energy is always maximised.

As James Koerting, Gold Fields Australia’s vice-president for energy and technology, explains, this improves the miner’s position in all three parts of the energy trilemma. “On the affordability front, the cost of dispatching renewable energy is cheaper than the marginal cost of thermal generation, particularly where diesel is the fuel,” he says.

“Increasing diversity in the electricity supply with alternative forms of power generation ensures security, and the mine becomes more sustainable where renewables displace fossil fuels and reduce the emissions intensity factor of the power supply.”

Security of supply is particularly important in the remotest mines, which can be exposed to supply risks when road access is restricted due to inclement weather. If a mining operation relies on diesel for both mining and power generation, and has one week’s supply of diesel fuel, a storm event that cuts off the roads for more than a week could be disastrous.

However, a hybrid system that generates a large proportion of electricity from renewables would reduce the mine’s diesel consumption, potentially allowing it to ride through the supply restriction without interrupting production.

Owned and operated by global energy producer EDL, the Agnew Hybrid Renewable Project at Gold Fields’ Agnew Mine in Western Australia is Gold Fields’ flagship renewables mine, and a case in point. Its A$113m ($85m) microgrid comprises a 4MW solar farm, 18MW wind and a 13MW/4MWh battery energy storage system, all of which is backed up by 18MW of gas generation.

It is managed by an advanced control system that optimises renewable energy penetration, with components interfacing and reacting swiftly to changes in load requirements – essentially eliminating unplanned outages.

The microgrid has already surpassed EDL’s target of supplying over half the mine’s power requirements with renewable energy. This can rise to up to 85% in favourable weather conditions.

“A lot of these power stations in the past have been built on fossil fuel technology. We’re proving at Agnew that we can build new energy solutions with hybrid renewables that are more reliable than the grid, more sustainable than using fossil fuels, and at a competitive cost.”

Capable of powering the equivalent of up to 11,500 homes per year, the microgrid is expected to reduce Gold Fields’ carbon footprint by 45,000t carbon dioxide equivalent (CO₂-e) per year.

Getting Agnew up and running was not an easy task

Harman is the first to acknowledge that Agnew has been an immensely challenging project to get up and running. Constructing the wind farm alone involved shipping 55 wind turbine components – including 15 blades measuring 70m each – from China to Geraldton Port and trucking the components over 600km to site.

The oversized blades had to be transported in convoys consisting of five vehicles, each requiring ten to 12 hours to travel to site. It took eight days in total to deliver all blades and equipment from port to site.

To then install the five 110m-high turbine towers, the supplier’s joint venture partner constructed concrete footings for each turbine base, each reinforced with 50t of steel and consisting of 500m³ of concrete, requiring about 85 truckloads of concrete per continuous pour.

A 1,600t crane, one of the largest operating in Australia, was transported in sections to site to lift and fit wind turbine segments on each footing. Five weeks of heavy lifting were required to erect all five turbines.

The project then experienced additional challenges caused by the bushfires in late 2019 and early 2020, and the Covid-19 pandemic that struck in March 2020. The bushfires caused land transport routes to be closed off, delaying deliveries of critical equipment and forcing the project team to reprogramme their works and seek alternative supplies.

Meanwhile, as the wind and control systems were being commissioned, the travel restrictions and mandatory isolation requirements caused by the pandemic prevented key specialist personnel getting to site. The project team was forced to reschedule the wind commissioning and work with the control system supplier to commission the system remotely from Tasmania.

The transition to hybrid power may be a risk worth taking

There are also significant technical and commercial risks for miners to consider when making the decision to power their operations with a hybrid plant rather than a more traditional set-up.

“Hybridisation means adding variable generation to a system, which has the potential to affect the stability of the power network leading to supply interruptions and production outages,” explains Koerting. “To solve the stability issue, batteries must be costed in – but the batteries themselves do not generate any additional renewable energy. In fact, they consume some of it.”

In addition, the investment in capital intensive renewable generation, which is offset by a very low operating cost, changes the risk profile of financing the mining operation. This is particularly striking when there is a mismatch between the life of the mine and the term of amortisation of the renewable asset investment, which is typically 25 years.

“Smaller capped miners may not have the capacity in their balance sheet or have risk-averse investors that will limit their ability to make the shift unless they can guarantee the supporting revenue for the full 25 years,” says Koerting.

Even for a huge operator like Gold Fields, there was enormous risk involved to achieve what it has to date with renewable projects. With Agnew, some of this was overcome thanks to funding help from the Australian Renewable Energy Agency (ARENA), which allowed investment in a larger battery to solve the technical risk without being a commercial hurdle.

However, the risk of the mine life being shorter than the asset life continues to be borne by Agnew.

“Agnew did opt to accelerate lease payment to shorten the amortisation of the assets to ten years – increasing unit cost for the first ten years then significantly reducing thereafter – and otherwise Agnew continues to invest heavily in brownfields exploration year-on-year to extend the life of the mine,” Koerting says.

For Gold Fields, there is no doubt that these are risks worth taking. Aside from Agnew, its hybrid power system at Granny Smith mine in Perth, which comprises 8MW on-site solar, 2MW battery power systems and a gas power plant, is fully operational, with around 10% of the energy supply sourced from renewables.

The company is also making good progress on its Gruyere location, with commissioning for its 12MW solar and 4.4MW battery plant scheduled for the end of 2021. At St Ives in Western Australia, a scoping study is underway to evaluate supply alternatives once the current power agreement lapses this year.

Hybrid projects in Chile and South Africa are also under development and the company has a long-term commitment of 20% renewables at all new projects, with most plants set to be managed by independent power producers that will recoup their capital investment via a long-term supply agreement with the mines.

In the meantime, Harman hopes the Agnew project will provide an example for other miners to follow. “Agnew’s success is great news for remote mines and communities targeting zero carbon emissions. All the big mining companies are committed to reducing their carbon footprint and many have zero-carbon ambitions,” he says.

“This type of clean energy technology, in providing an absolute key input into mining operations, is the game changer.”