Why did EDF bring forward the planned closure of Hinkley Point B nuclear station?

For the ageing UK nuclear power plant, irradiation-caused cracks to structural graphite blocks were an important factor driving the decision 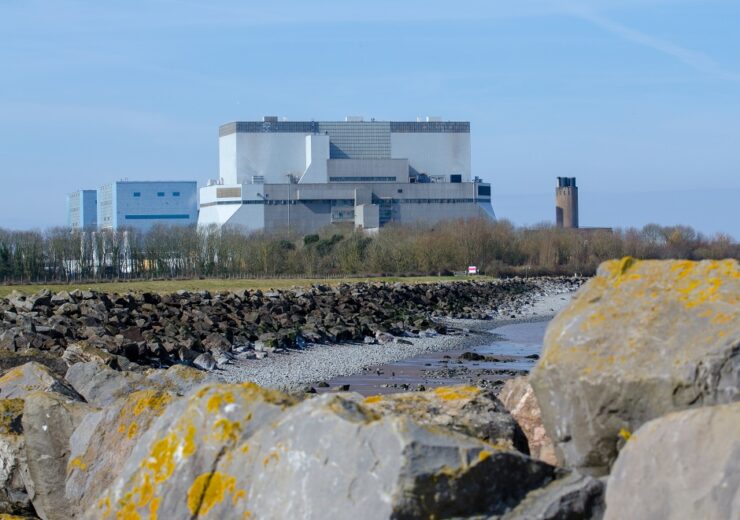 Hinkley Point B in Somerset, England has generated 300TWh of electricity over its lifetime (Credit: EDF)

After nearly 45 years of quietly helping to power Britain, a proactive decision has been taken to move Hinkley Point B into the defuelling phase ahead of full decommissioning and eventual closure. Nuclear Engineering International magazine takes a closer look at why the station’s end date is coming earlier than planned.

Reports in the UK that EDF Energy’s Hinkley Point B station would close “early”, in 2022, sounded a strange note for nuclear industry veterans. They knew that the venerable advanced gas-cooled reactor (AGR) on the west coast, on its start-up in 1979, was originally expected to have a lifetime of around 25 years.

But in fact, it has been in operation for 40 years and could have more than one more year remaining, if owner EDF Energy takes it to its final end date in mid-2022. But those newspapers had noted that EDF had hoped to delay final shutdown until 2023.

For longstanding opponents of the plant, however, closure comes not a moment too soon – and they believe equally that operation should end at the UK’s remaining AGRs.

At issue is the interlocking graphite blocks that in the AGR design form the reactor core. Opponents argue that years of irradiation have caused so much damage to the blocks that the plants should be out of operation. This is indeed one of the ageing issues that affects AGRs, but the situation, and the decision on whether to close the plant, is more complicated.

It is worth recalling that in UK nuclear regulation, although the Office of Nuclear Regulation (ONR) has the power to close the plant on safety grounds at will, the decision on whether the plant remains in operation otherwise rests with the plant owner.

The licence term is not fixed – and extended to a new fixed licence – as applies in many countries. Although there is a generally accepted life remaining at any time, the owner has only to satisfy the regulator that the plant can be safely operated for that period.

Several factors at play in Hinkley Point B closure

Safety is considered via regular reviews carried out with the ONR. In practice, an in-depth review each decade is often a key decision moment when the owner decides whether to invest in future-proofing upgrades to convince the regulator of long-term safety, but equally important as plants age is the need to satisfy the regulator that ongoing ageing effects are properly understood and managed.

This makes for a complex calculation on continuing plant operation. EDF Energy has its own assessment of that, but it is not difficult to see some of the factors that will enter the calculation.

On one hand the AGRs are all old enough to have paid off their capital cost, making them more lucrative – and the GB Capacity Market offers tolling payments throughout the winter months, so long as the power plant is available in the event of a capacity alert with four hours’ notice.

But on the other hand, ageing may affect the amount of power that can be generated. For example, problems with weld cracking in the primary circuit of several AGRs emerged in the 1990s and they resulted in the regulator mandating that the plants could only operate at 70% of normal power.

Nor does operation guarantee profit, especially in a market like that of Great Britain. Even with capital paid off, nuclear has high fixed costs to cover and electricity prices in the GB market have become more volatile.

There are low prices – sometimes even negative pricing — on windy and sunny days when renewable sources are at their maximum and the market rewards plants that can respond. Weighing both certain and uncertain revenues against fixed costs has clearly brought Hinkley Point B to the end of the road.

The core of Hinkley Point B’s two 660MWe units (and its twin plant, Hunterston B) is made up of around 3,000 interlocking graphite bricks, which act both as a moderator and as a structural element in the core. The blocks are shaped to include vertical channels for the fuel elements and control rods.

It was understood from the start that the graphite bricks would be affected by plant operation and the effect is to change the mass, dimensions and material properties within the core. This requires careful monitoring over time to ensure it does not compromise the free movement of control rods or fuel, or the flow of coolant gas.

The bricks cannot be repaired and the complex interactions are hard to model.

The ONR says: “We require the licensee, EDF Energy, to demonstrate through their safety case that they have adequate understanding of the graphite behaviour, to justify safe operation of the core in a clear, evidence-based manner. We require EDF Energy to clearly define conservative limits of operation based on the extent and adequacy of their understanding of graphite core ageing.”

The bricks are oxidised by the carbon dioxide coolant, causing weight loss. This changes the mechanical properties of the block and makes it a less effective moderator, and it was initially expected to be the life-limiting factor for AGRs.

But in fact cracking caused by irradiation has been the more important factor. The problem that cracked bricks present to the core is that they may allow more freedom of movement of the core structure, particularly during faults such as an earthquake.

There are a number of different types of crack and the effect is not even, for example bricks near the edge of the core experience greater stresses and are thus more likely to crack.

In early years, cracking was in the vertical channels and these were called bore-initiated cracks. Over time the effect of irradiation reverses and there are substantial data providing good evidence that for the reactors that have operated longest, bore initiated cracking has ceased in the bricks receiving the highest radiation dose.

ONR said the mechanism has only affected a small number of bricks and inspection data had shown that the number of cracks is not increasing at a greater rate than expected.

But as these cracks arise later in the plant life availability of data on the frequency of crack initiation and the speed of cracking is much lower. Modelling of expected crack rates was compared with cracks found at each outage to refine the models.

In 2012, EDF still considered that continued operation of Hinkley Point B was safe and economic and at this time it delayed the plant’s indicative closure by seven years, from 2016 to March 2023. Both reactors at the site were shut down for regular inspection and maintenance on a three-yearly basis, most recently in 2018.

In response to a freedom of information request, ONR said that a 2018 inspection of Hinkley Point B reactor 4 included examination of 31 fuel channels and one control rod channel.

That brought the total number of observed cracked fuel bricks in the reactor in 2018 to:

Last year, EDF carried out a further full inspection of the graphite cores and in November it announced that it had decided to set a final closure date “not later than” 15 July 2022.

Matt Sykes, managing director of EDF Generation, said: “As a responsible operator we feel it is now the right thing to do to give clarity to our staff, partners and community about the future life of the station.”

Station director Peter Evans said that after generating over 300TWh, “this station has delivered more low-carbon energy during its lifetime than any other UK nuclear station”.