As part of its FERC operating license, Brascan Power New York made a variety of enhancements to its 6MW Feeder dam project 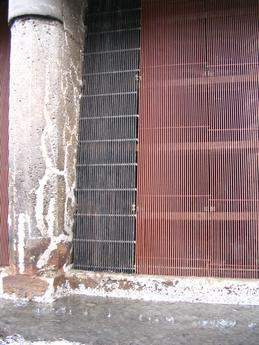 Brascan Power received its renewed, 40-year FERC operating licence for the 6MW Feeder dam on 22 September 2002. The project is located in Saratoga and Warren counties in upstate New York, US, and consists of a 6m high, 187m long dam and a 29ha impoundment. Feeder dam’s power house contains five 1200kW turbines and generator units with a combined authorised installed capacity of 6000kW.

Details of the licence include:

Reservoir fluctuation – The FERC settlement limits fluctuations to 0.3m daily from 1 April to 15 June to facilitate fish spawning. During the remainder of the year, daily impoundment fluctuations are limited to 0.6m while river flows are within the operating range of the turbines.

Fish protection and downstream movement –According to Brascan Power’s FERC license for Feeder dam project No. 2554: ‘Erie (Erie Boulevard Hydropower, part of Brascan Power New York, is the limited partnership that officially owns and operates all of Brascan Power’s fleet of 72 hydro power facilities in New York State) will install full trashrack overlays with 1 inch (2.5cm) bar spacing in 2004. Downstream movement of fish will be facilitated by a continuous flow of 25cf/sec (0.7m3/sec) released through modifications to the existing trash sluiceway.’

Base flow – Brascan Power’s FERC settlement requires it to maintain a minimum average daily flow of 1760cfs (50m3/sec) below Feeder dam. As indicated in its FERC settlement: ‘The flow may be adjusted for flow augmentation purposes in the Hudson river if specified low lake elevation conditions occur on Great Sacandaga lake. An instantaneous base flow of 1500cfs (42m3/sec) is also to be provided below Feeder dam, subject to the base flow adjustments, and adjustments during the Champlain Canal Navigation Season (approximately 1 May through mid-November) when Great Sacandaga lake reaches specified elevations and an interim minimum average daily flow has not been invoked for flow augmentation purposes.’

The new assembly includes a rubber bladder that can be inflated to raise the steel flashboard plates, which, in turn, help control water flow and water level fluctuation.

An environmental plus of the pneumatically-controlled flashboards is the ability to keep the water levels more consistent, thereby reducing the potential for adverse effects on fish spawning in the water impoundment near the facility, as well as on birds and nests along the shoreline. A more stable water level also enhances recreational opportunities around the power plant and provides for enhanced production of energy due to the consistent head of water.

In February 2005, Brascan Power completed the next phase of FERC-required improvements at the dam. The US$650,000 enhancements include the installation of new trashracks and other repairs.

While the plant was in the dry for the trashrack installation, Brascan Power took the opportunity to inspect and make repairs to the underwater sections of the facility to ensure safe, continued operation. Several recreational improvements and facilities were also implemented at the site.