The rising price of oil and developments in technology are allowing companies across the world to release previously untapped potential. GlobalData analyses eight investment scenarios and production forecasts to 2020 for emerging oil and gas E&P markets. 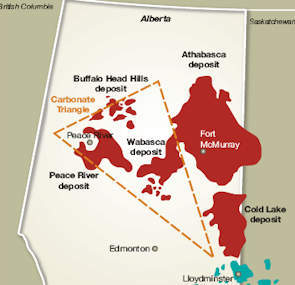 Eagle Ford Shale has emerged as one of the US’s major crude oil production hubs. The shale is a sedimentary rock formation spanning 23 counties in south and east Texas. The area is around 400 miles long and 50 miles wide, and stretches across Texas from the Mexican border, covering around 20 fields. Some of the region’s most promising prospective oil and gas fields include Eagleville, Hawkville, Briscoe Ranch, Giddings, De Witt, Gates Ranch and Sugarkane.

In recent years, oil and gas companies have identified Eagle Ford Shale as a lucrative destination due to its increasing production of crude oil. The northern part of the play has abundant crude oil resources. Since 2008, development of the crude oil window has increased considerably, mainly due to the disparity between crude oil and natural gas prices.

The play comprises largely of condensates and dry gas resources – the shale having an average thickness of 250ft – situated between the Austin Chalk formation and the Buda Lime formation at average depths of 4,000-12,000ft.

According to BP’s Statistical Review of World Energy 2012, Canada is ranked third in the world in terms of proven oil reserves, of which more than 96% is in oil sands. Oil sands can also be found across the globe, particularly in Russia, the US and Venezuela, but Canada possesses the largest oil sand deposits. They form a key strategic natural resource in the country, mostly located under sections of muskeg soils, prairie lands and boreal forests.

Venezuela is the second-largest developer of extra-heavy oil reserves worldwide after Canada. The country’s unconventional oil reserves are technically not considered bitumen, but rather extra-heavy oil. Although these reserves have very low American Petroleum Institute gravity, they are not as degraded as Canadian oil sands. Furthermore, Venezuela’s unconventional deposits have high temperatures in the range of 40-50ºC, compared with freezing temperatures in Canada. Due to these high temperatures, Venezuela’s deposits have higher viscosity and are easier to extract than those in Canada.

"Oil and gas companies have identified Eagle Ford Shale as a lucrative destination due to its increasing production of crude oil."

A major difference between the Canadian oil sands and Venezuelan extra-heavy oil deposits is the lack of technology and capital available in the Latin American country for the construction of heavy oil refineries and upgrades. Although Venezuela has made attempts to attract foreign investment in its extra-heavy oil industry, the initiative was only partly successful due to the renationalisation of its oil industry in 2007.

Major international oil companies, such as Statoil and ExxonMobil, entered into partnerships with the Venezuela national oil company Petróleos de Venezuela (PDVSA) for extra-heavy oil projects in the Orinoco oil belt; however, following the renationalisation, a mandate was introduced for new joint ventures with a minimum 60% stake for PDVSA. As a result, companies such as ConocoPhillips and ExxonMobil withdrew from their heavy oil operations in Venezuela, while some firms, including Total and Statoil, are continuing to develop their projects in partnership with PDVSA.

As a result of the strength of global demand for Colombian commodities such as oil and gas, the country has been able to attract substantial foreign direct investment in the petroleum sector. Many oil and gas companies have become involved, including Chevron, Pacific Rubiales, Gran Tierra Energy and Petrominerales.

Colombia’s petroleum sector is expected to observe a continued flow of this investment in the future, as demand for oil and gas continues to increase in the global market. In December 2011, Chevron renewed an agreement with PDVSA set in 2007 for the supply of gas from Colombia to Venezuela. This agreement extension indicated that foreign investors are still optimistic about the prospects of Colombia’s petroleum’s sector.

"Canada is ranked third in the world in terms of proven oil reserves, of which more than 96% is in oil sands."

Shale gas development within Europe is limited to estimates of potential resources in place. With technology advancing and new information becoming available, the region’s estimates are also changing. Drawing inspiration from shale success in the US, European countries are optimistic about their own domestic reserves; however, differences in rock formations and shale characteristics to those in the US will be key challenges.

Shale gas exploration activities in Europe are largely confined to Austria, Germany, Hungary, Ireland, Poland, Sweden and the UK. More than half of the estimated shale gas reserves in the region are located in France and Poland. Poland possesses overall technically recoverable reserves of 346-768 billion cubic metres, whereas France has estimated shale gas reserves of five billion cubic metres.

Exploration activities in the basin have resulted in the discovery of ten oil and gas fields. Of these, the Urengoy gas field and the Samotlar oilfield are the largest. Urengoy represents more than 350 trillion cubic feet of estimated reserves and Samotlar contains approximately 28 billion barrels of oil.

Angola is the most important country for the exploration of oil and gas in deep offshore West Africa. The systematic exploration of hydrocarbons in the deepwater regions started in the Congo basin in 1994.

Deepwater oil and gas activity in the area extends from Mauritania to Angola. Of the 52 oil and gas discoveries made in offshore West Africa between 2009 and September 2012, Angola accounted for 34.6%. After Angola, Ghana recorded the second largest number of discoveries, 13, during the same period.

Crude oil was first discovered in Angola in the 1970s. The country’s initial oil discoveries were made in the offshore Kwanza basin. Later, offshore regions accounted for the majority of oil and gas discoveries in the region. Aside from its shallow and deep offshore areas, discoveries are being made in Angola in ultra-deep and pre-salt regions.

Mozambique and Tanzania lead East Africa in terms of the number of discoveries made up to September 2012, with six in each country. Two discoveries were made in Kenya during the same period.

"Angola is the most important country for the exploration of oil and gas in deep offshore West Africa."