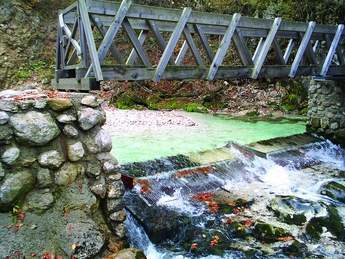 Shifting political sands have placed economic burdens on some Eastern European countries over recent years. Most noteworthy has been the downfall of Yugoslavia in which Croatia, Serbia, Montenegro, Bosnia and Herzegovina suffered. Throughout this period the majority of these Balkan countries were self-sufficient in terms of energy production through coal-fired power plants and large hydro. They did not have any small hydro plants until quite recently when it was discovered that hydro’s smaller relation could play a strategic part in securing vital energy supplies.

Indeed, as far as hydro power is concerned, the Balkan region now offers a booming market with good investment opportunities and predictable economic and political development. The region has been described as one of the most vivacious places in Europe for the development of small hydro. Proponents believe that its potential has finally been recognised and is waiting to be exploited. More than 1567MW and 5542GWh per year of technically exploitable potential awaits investors.

In excess of 100 concessions have already been granted to new investors in Bosnia and Herzegovina and every few months new tenders are published. After publishing several unsuccessful tenders, Macedonia has awarded 41 concessions out of 400 potential sites, and Croatia has decided on optimistic feed-in tariffs. The above countries are developing quickly but need much financial, technical, strategic and political support. In return they offer time-limited exploitation of energy.

Such issues affecting the development of small hydro power in newly joined European Union (EU) member states will be discussed at Hidroenergia 08. This biennial conference will be held in Bled, Slovenia, from the 11-13 June. The european-small-hydropower-association (esha) and the Slovenian Small Hydropower Association (SSHA) are organising the conference together.

In addition, it is supported by the European Commission (EC) through the Executive Agency for Competitiveness and Innovation and the Intelligent Energy Programme for Europe (IEE). The lEE is one of the EU’s tools to fund action and help remove potential barriers to exploiting untapped opportunities for renewable generation across Europe – and small hydro has its role to play.

Described as one of the most developed among the former constituent countries of Yugoslavia, Slovenia gained independence in 1991 and has been a member nation of the EU since 2005. It has also been chair of the EU’s Council Presidency since January, and the six month rotating term ends next month.

The history of hydro power in Slovenia can be traced back over 100 years. This country – which lies geographically at the crossroads of trading routes from Italy, Austria and Western Europe – is one of several Balkan countries where small hydro development is gaining pace. With an annual rainfall of 1400mm-3000mm, small hydro activity is located in the Alpine region of Slovenia. Most of the country’s 400 stations are mainly classed as micro hydro units with an average installed capacity of 200kW. More than 300 of the plants were constructed under favourable legislation dating from the 1980s, although in recent years some older plants have also been refurbished.

Hydro power is the most utilised source of power production in Slovenia and represents the highest share among renewables in the country. It also has the greatest potential for future development. Estimates suggest that the existing capacity of small hydro could be increased from 90MW to 180MW by 2020.