A matter of perception

Public perception is often believed to be linked to the hydropower industry’s licence to operate so, ultimately, it affects us all. But what factors can help shape the public’s perception of hydropower? How accurate is this? And is it easy to change? 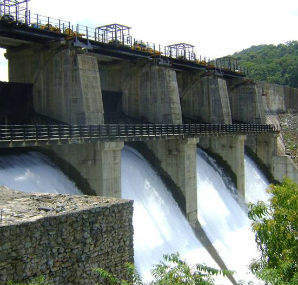 Public perception is described as being the difference between the absolute truth based on facts, and the virtual truth shaped by popular opinion, media coverage, reputation, information or misinformation, amongst other factors.

Perception is often influenced by personal experience, social factors, existing knowledge, beliefs and values. The information being conveyed to the public by external agencies such as the media, government and NGOs can also exert a large influence. If people are exposed to negative news they are likely to react in a negative way, despite the fact that this may not be factually accurate. Indeed perceptions can often be swayed by rumours, emotions or cultural prejudices; the social environment has a very persuasive impact.

Ultimately public perception is considered to be a key factor in determining social acceptance.  Both are recognised as having a strong effect on policymaking, implementing renewable energy technologies and achieving energy policy targets. Investigating public perceptions of different energy resources is considered to be fundamental for planning future energy portfolios in any region or country.

Dr Patrick Devine-Wright from the University of Manchester says that as public acceptability is “a necessary condition of technology development” it raises many questions about the psychological processes shaping public responses. He explains that cognitive perceptions, emotions, behavioural responses, the ways in which public responses are being conceived and responded to by key stakeholders such as local government, industry and interest groups, all have implications for patterns of public acceptability in the future. [1]

Swedish power company Vattenfall believes that growing concerns about global warming have boosted the general public’s perceptions of hydropower. The company says that hydropower “is now viewed as part of the solution to the climate change problem. The issue is not whether hydro power is positive or negative, but rather how many unspoiled watercourses should be preserved and how to increase biodiversity in developed rivers”.

When researching the perceptions of local people towards the development of a hydropower plant in Mongolia, Francis Clougherty from the School of International Training in the US, demonstrated how perceptions of hydropower can be directly influenced by local people’s experiences of it [2].

He said his view was one of environmental protection and perseveration but local people were looking for development and building up of local infrastructure. Electricity and development were what the local people had been wanting and looking for, and the hydropower station “has seemingly fulfilled both of these needs”. Although local people had commented about environmental degradation and loss of pastureland, “many had come to the conclusion that the Durgun hydropower station has been and still is a positive thing for themselves and their soum [local region]”.

Clougherty concludes: “This research has also changed my overall outlook about hydropower for developing countries, especially places like Mongolia who struggle to create renewable energy resources and are also in a situation where freshwater security is paramount and extremely important to overall national security.”

Perceptions of hydropower can also be affected by the influence of external forces such as the media. In a recent research paper looking into cross-border collaboration across South Asia, Price and Mittra [3] said that the media need to play “an informed and responsible role in communicating policy issues and successes”. They spoke about attempts to sensitise journalists to water related issues and the fact that a lack of scientific understanding of issues is a notable hurdle, while a journalistic “preference for sensationalism…leads to a greater focus on failure than success”.

When investigating public perceptions of renewable energy in Norway, Karlstøm and Ryhuag [4] found that political party preference has a larger impact on attitudes than previously thought. The authors explained that very little scholarly work had been done on this before, and could be due to the fact that environmental issues do not easily fit into a traditional left-right policy pattern.

“This means that those parties that do not traditionally have a strong environmental focus have a chance to affect their voters’ attitudes towards energy issues,” Karlstøm and Ryhuag say, “sometimes by ‘de-sensitising’ them to environmental issues by placing a higher priority on other matters, such as industrial development.”

The Norwegians’ research analysed the influence of socio-demographic variables and party political preferences on renewable energy. It showed that people over the age of 60 had a slightly more negative view of renewables. Women are also described as being more prone to having a negative attitude towards hydropower as they “are generally more environmentally orientated than men and hydropower is seen as having the highest impact on nature”.

Karlstøm and Ryhuag describe hydropower as a clean, cheap and abundant resource in Norway that carries with it some large negative effects of damming up creeks, rivers and lakes. Their research found it to be viewed more favourably by the right political parties and the industrial blocks than others, which could be due to hydro’s connection to the Norwegian industrial production base (especially in the power intensive industry sector which mostly comprises aluminium production). Effectively these voters have had first-hand experience of hydropower and its benefits and impacts.

As the authors go on to add, their analysis revealed that socio-demographic variables can explain attitudes towards energy sources but, to a lesser extent, than political preferences; “something which has been largely overlooked by earlier studies in this area”. Furthermore they found renewables which can be tied to other values than just environmentalism, eg associations with industrial development, tend to enjoy a more cross-political support than those that are seen as only mitigating climate issues. They emphasised that political views can be important factors related to the support of renewable energy technologies: “In light of the focus of much research on public perception of renewables, we believe the findings of this paper should challenge some assumptions about the role of policy regarding renewables.”

[1] Devine-Wright,P, (2007) Recognising public attitudes and public acceptance of renewable energy technologies: a critical review published by the School of Environment and Development, University of Manchester, UK.