How will the EU Green Deal impact neighbouring oil- and gas-producing countries?

The Green Deal must reshape the way energy is produced and consumed in the region, as production and use of energy across the economy accounts for more than 75% of its greenhouse gas emissions 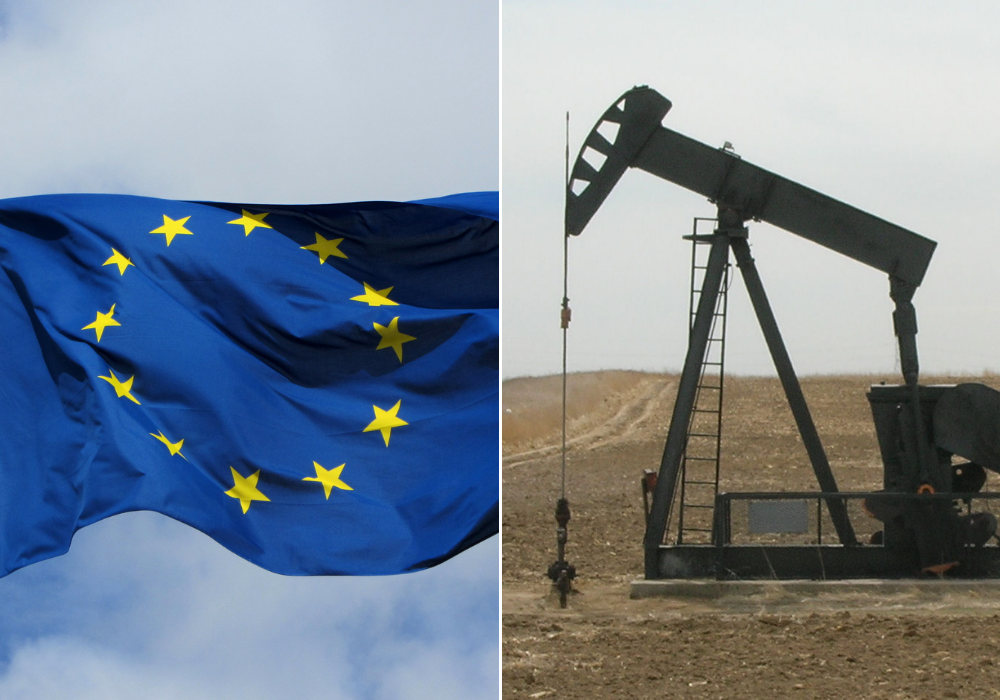 The EU Green Deal plots a path to reduce emissions and reach climate neutrality by 2050 – but what impact could the bloc’s plans have on neighbouring oil- and gas-producing countries?

To reach the EU’s mid-century target, the Green Deal must reshape the way energy is produced and consumed in the region, as production and use of energy across the economy accounts for more than 75% of its greenhouse gas emissions.

Almost three-quarters of the bloc’s energy system relies on fossil fuels, with oil commanding a 34.8% share, followed by natural gas with 23.8% and coal with 13.6%.

While the Green Deal aims to reduce the region’s reliance on carbon-intensive fuels, it plans to turn the transition into an economic and industrial opportunity, with increased adoption of renewable technologies – which currently hold just a 13.9% share in the EU’s energy mix – at the heart of its proposals.

But, according to a report by pan-European think-tank the European Council on Foreign Relations (ECFR), the Green Deal will have “profound geopolitical repercussions”, some of which are “likely to have an adverse impact on the EU’s partners”.

“The Green Deal is at root an effort to transform the European economy and European consumption patterns,” says the ECFR report.

“But, because it entails a fundamental overhaul of the European energy system and because it ranks so high on the EU policy agenda, it will also change the relationships between the EU and its neighbourhood – and it will redefine Europe’s global policy priorities. As such, it is a foreign policy development with profound geopolitical consequences.”

ECFR’s analysis claims that such a sweeping structural change will alter European trade and investment patterns.

The EU imported more than €320bn ($385bn) worth of energy products in 2019, and more than 60% of the bloc’s imports from Russia were energy products. The think tank believes a massive reduction in this flow will “restructure EU relationships with key energy suppliers”.

As a result, it says countries including Russia, Algeria, and Norway will, ultimately, be deprived of their main export market – which means Europe’s exit from fossil-fuel dependency will “adversely affect a number of regional partners”, and “may even destabilise them economically and politically”.

With Europe accounting for about 20% of global crude oil imports, the report notes that the fall in oil demand resulting from the region’s transition to renewables will have an impact on the global oil market by depressing prices and reducing the income of the main exporters, even if they do not trade much with the EU.

It also highlights that a greener Europe will be more dependent on imports of products and raw materials that serve as inputs for clean energy and clean technologies. For example, rare-earth elements such as cobalt, which China is the largest producer of, are essential for battery production.

While Europe could remain a major net importer of energy, that energy will need to be green, such as green hydrogen produced in sun-rich parts of the world, according to ECFR.

It claims the Green Deal will have an impact on Europe’s international competitiveness because, if European firms take on regulation-related costs that their foreign competitors do not bear, they will “become less competitive both domestically and abroad”.

And if the EU attempts to limit this loss and avoid carbon leakage by imposing tariffs on carbon-rich imports, the think tank says it risks being accused of “distorting international trade”.

It adds that this might lead to friction with major trading partners, particularly carbon-intensive ones if they view a carbon border adjustment mechanism as an illegal trade barrier.

The fact that climate change is a global problem places the Green Deal as foreign policy. The report notes that a transition away from carbon that would only focus on Europe would “not do much to mitigate global warming”, as Europe accounts for less than 10% of global greenhouse-gas emissions.

It adds that if the Green Deal simply displaces Europe’s greenhouse gas emissions to its trading partners, it will have “no impact at all on climate change”.

If only for this reason, ECFR believes the EU is likely to push very hard for ambitious, enforceable multilateral agreements on containing global warming and will subordinate some of its other objectives to this overriding priority.

It adds that the European Commission has already recognised that it will either need to export its standards or create a border adjustment mechanism to maintain European competitiveness and prevent carbon leakage.

ECFR’s recommendations to the EU regarding its Green Deal

In its report, the ECFR makes seven recommendations that it believes could help manage the geopolitical aspects of the Green Deal.

It calls upon the bloc to engage with oil- and gas-exporting countries to foster their economic diversification, including into renewable energy and green hydrogen that could be exported to Europe.

The EU should improve the supply security of critical raw materials and limit its dependence on other countries – primarily on China – for these materials, says the think tank.

A further measure to consider is to work with the US and other partners to establish a “climate club” whose members would apply similar carbon border adjustment measures.

The report recommends that the EU should become a global standard-setter for the energy transition, particularly in hydrogen and green bonds.

And that it should internationalise the Green Deal by mobilising the EU budget, the EU recovery fund, and EU development policy.

ECFR says the bloc should also promote global coalitions for climate change mitigation, such as one to protect the permafrost.

Its final recommendation asks the bloc to promote a global platform on the new economics of climate action, to share lessons learned and best practice.

By June 2021, the European Commission is set to review and propose to revise where necessary, all relevant climate-related policy instruments surrounding the Green Deal, including the Emissions Trading System, the Renewable Energy Directive and a Carbon Border Adjustment Mechanism for selected sectors.