The energy crisis, precipitated by surging demand as economies rushed to remove restrictions in the summer to catalyse economic recovery that led to chronic supply chain shortages, pushed gas prices to record highs and has forced a swathe of small gas and electricity suppliers to exit the European market, says Jeremy Wilcox 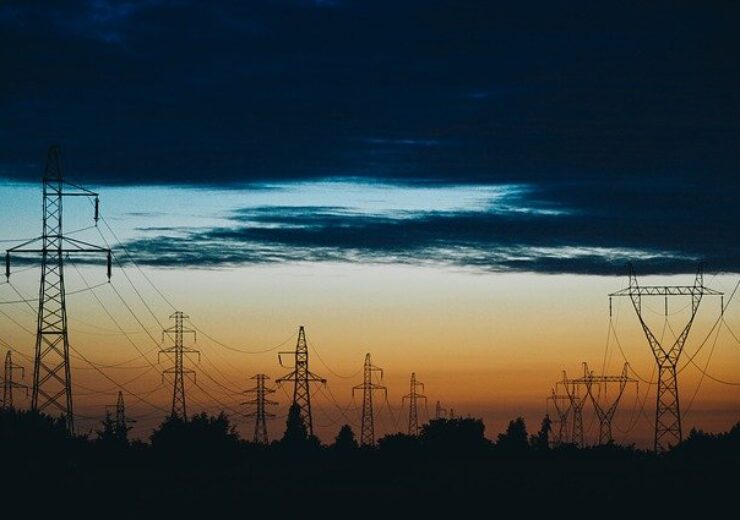 The year soon ending will, like 2020, be characterised by disruption and uncertainty as the markets continued to react to the coronavirus pandemic that will enter its third year in December, while the annual UN climate jamboree served up another benign pact of compromise and contradictions, says Jeremy Wilcox, managing director of the Thailand-based energy and environment consulting firm Energy Partnership.

The energy crisis, precipitated by surging demand as economies rushed to remove restrictions in the summer to catalyse economic recovery that led to chronic supply chain shortages, pushed gas prices to record highs and has forced a swathe of small gas and electricity suppliers to exit the European market with the ramifications also impacting Singapore where market disruption has forced supplier exits.

This cull of suppliers is by no means over. On the assumption that high prices will continue through the peak winter period, we can expect more supplier exits, while those suppliers remaining in business are unlikely to be able to take on new customers, reducing churn (the rate of attrition, the rate at which customers stop doing business with an entity) and making for a less competitive retail market.

Some commentators have been vociferous in blaming Russia for Europe’s crisis, citing lower gas flows through the Yamal pipeline and Gazprom declining to book additional capacity via Ukraine at the monthly auctions. And yet it is Germany’s regulator that is potentially delaying gas flows through Nord Steam 2 until next summer by suspending the pipeline certification process, which has increased the risk premium in gas prices.

The recently completed Nord Stream 2 pipeline was always going to be a contentious project with respect to market competition and geopolitics. By bypassing Ukraine, the pipeline potentially undermines EU gas supply security by limiting the diversification of supply routes that is best served by keeping open the Ukrainian transit corridor for non-Gazprom parties to transport gas between Russia and Europe, while the West cannot be sincere in defending Ukraine if it takes Russian gas and weakens Ukraine economically.

Speaking at the annual Lord Mayor’s Banquet in November, UK prime minister Boris Johnson warned that the West must choose between reliance on Russian gas and standing up for Ukraine amid continuing tensions on the borders of Eastern Europe. Johnson also suggested Russian President Vladimir Putin could be serious about restricting gas supplies from pipelines that run through Eastern Europe if the West signals its intention to defend Ukraine.

Given Europe’s, and particularly Germany’s, dependence on Russian gas it is conceivable that Putin would use gas supply as political leverage. And with Germany’s phase out of nuclear and EU member states phasing out coal by early next decade this Russian gas dependence will continue to escalate as Norwegian and UK Continental Shelf production reduces with ageing fields. The reliance on Russian gas could be partly mitigated by increasing LNG supply as global production increases, but Asia’s growing demand for LNG could limit this option.

There is a certain irony in Europe’s gas supply options. With the EU pressuring developing economies to displace coal these economies are turning to gas, and without sufficient natural gas pipeline infrastructure, this supply will be increasingly met by LNG. The price of Northeast Asia LNG cargoes has traded at record seasonal highs with the benchmark JKM LNG price also setting a record high. And when Asia LNG prices increase, European gas prices must adjust higher to attract LNG cargoes.

The same commentators that incorrectly blamed Russia for Europe’s energy crisis also correctly claimed the crisis could have been averted if Europe had lowered its dependence on fossil fuels. Europe’s largest and most influential economies, Germany and France, have differing views on reducing fossil fuel dependence. Berlin favours the renewable route while Paris favours nuclear.

Germany’s incoming government plans to bring forward the phase out of coal from 2038 to 2030 and aims for renewables to account for 80% of the country’s gross electricity demand by 2030, compared with a previous goal of 65%, by installing 200 GW of solar and at 30 GW of offshore wind capacity. And to incentivise renewable investment the incoming coalition has pledged to ensure carbon emission prices don’t fall below €60/tonne in the long term if the EU cannot agree on a minimum price in its EU ETS with providers of heating and transport to be included in the trading scheme.

France, meanwhile, having previously pledged to reduce its share of nuclear, has now stated its intention to build more nuclear reactors in order to be carbon neutral by 2050. President Emmanuel Macron said investment in new nuclear, which is expected to comprise up to six new pressurised-water reactors, would also help the country achieve energy independence.

These are both long-term investment projects, as is the UK government-backed small nuclear reactor project being led by Rolls Royce, while energy demand is expected to progressively increase through this decade as electric vehicles displace gasoline and diesel engines. The upshot is that insufficient renewable capacity, the phase out of coal and increasing electricity demand will likely increase Europe’s dependence on gas.

While the European Commission rejected pleas by some member states to ease gas prices by allowing collective purchasing, and similarly ruled there is no evidence of anti-competitive behaviour from speculative participants, Europe’s energy market in 2022 may nonetheless be less competitive and significantly more risk averse. Although renewable technologies are increasingly competitive with fossil fuels, and particularly at the current high power prices, the urgent need for new renewable capacity will likely be met by offering subsidies to sweeten investors, while suppliers will likely look to bolster their cash reserves ahead of chasing market share.

If this is the new normal it will be more due to lack of planning pre-Covid than a post-Covid reaction, and there is a corollary with climate change. The West has previously prioritised climate mitigation over adaptation, yet at the same time never developed mitigation strategies for an event such as Covid. If it had, then maybe the crisis would have been seen as more of an opportunity and there would be less need to adapt to a new normal.