The environmental campaigner argues industry plans to mine the deep seabed for metals and minerals such as cobalt, lithium and nickel would have a destructive impact on deep-sea ecosystems and biodiversity 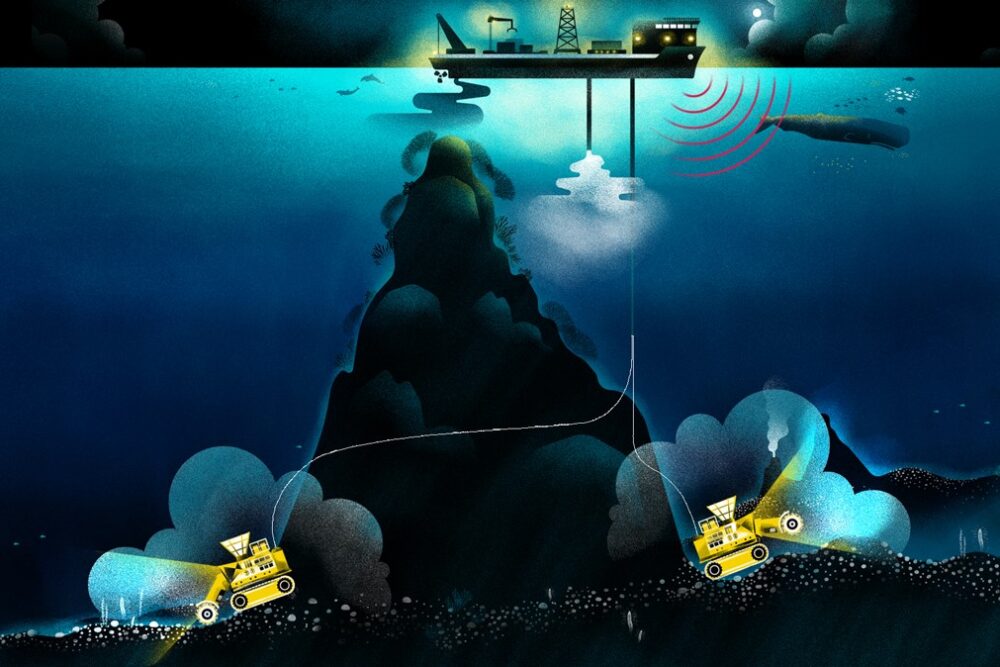 Deep seabed mining is an “avoidable environmental disaster”, says a report by the WWF.

The environmental campaigner’s analysis argues there are many unknowns and much to do in ocean science, policy and industry innovations before any deep seabed mining activities should be allowed to take place.

WWF claims industry plans to mine the deep seabed for metals and minerals such as cobalt, lithium and nickel would have a “destructive impact on deep-sea ecosystems and biodiversity”, which could have “knock-on effects on fisheries, livelihoods and food security, and compromise ocean carbon and nutrient cycles”.

“Industry wants us to think mining the deep sea is necessary to meet demand for minerals that go into electric vehicle batteries and the electronic gadgets in our pockets – but it’s not so,” said Jessica Battle, leader of WWF’s No Deep Seabed Mining Initiative.

“We don’t have to trash the ocean to decarbonise. Instead, we should be directing our focus towards innovation and the search for less resource-intensive products and processes.

“We call on investors to look for innovative solutions and create a truly circular economy that reduces the need to extract finite resources from the Earth.”

WWF calls for a global moratorium on deep seabed mining

WWF’s report outlines the key environmental and social risks of deep seabed mining and claims to debunk industry statements about the need for the practice and its ability to mitigate harm. Given the slow pace of deep-sea processes, it suggests destroyed habitats are “unlikely to recover within human timescales”.

The analysis highlights that marine ecosystems are connected and many species are migratory. Therefore, it notes that deep seabed mining “cannot occur in isolation”, and disturbances can “easily cross-jurisdictional boundaries”.

Negative effects on global fisheries would threaten the main protein source of about one billion people and the livelihoods of about 200 million people, many in poor coastal communities, according to WWF.

The potential value of deep seabed mining has been estimated at between $2bn and $20bn. The report highlights that this is a fraction of the “much more valuable sustainable ocean economy”, which annually generates a conservatively estimated $1.5tn to $2.4tn, benefiting many states and coastal communities.

WWF, as well as other organisations, political leaders and scientists, is calling for a global moratorium on deep seabed mining unless and until the environmental, social and economic risks are comprehensively understood; all alternatives to adding more minerals into the resource economy are exhausted; and it is clearly demonstrated that deep seabed mining can be managed in a way that ensures the effective protection of the marine environment and prevents loss of biodiversity.

Catarina Grilo, conservation and policy director at ANP and WWF in Portugal, said: “Before mining and wrecking our seabed, which will degrade ocean health by affecting species, disturbing important areas for biodiversity and disrupting ecosystem functioning, we need to consider recycling existing materials and being smarter about our production and consumption.

“Supporting deep-sea mining as an industry would go against the goal of transitioning to a circular economy and against the United Nations Agenda 2030 goals.”