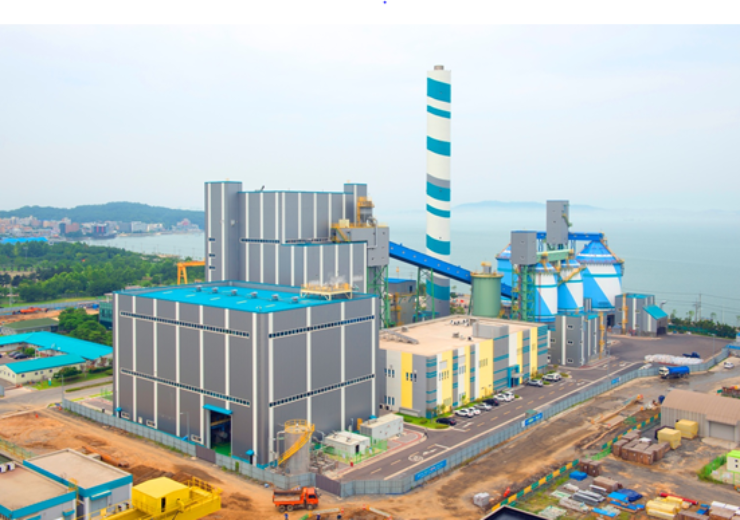 Located in South Korea, a country which imports 96% of its power due to a lack of indigenous energy resources, is the Dangjin Bio-1 plant.

It needs only a small space to produce a lot of power and can deliver dependable base load power to the grid when needed, owing to the fact it is fuelled by renewable biomass, agricultural byproducts and waste wood.

The fuel produced by the 105MW plant, the largest biomass facility operating in Asia today, can also be stored and managed to ensure on-demand power delivery.

It is showcasing a new kind of renewable energy, one that can supply power when needed without being affected by the sun or wind.

Construction began on 13 May 2013, coming online 30 months later, on 1 August 2015, and at its core is an advanced circulating fluidised bed (CFB) boiler supplied by Sumitomo Foster Wheeler (SFW).

Historically, biomass and waste-to-energy plants have not been attractive investments, as hey often depended on small and fragile local businesses for their fuel supply, like lumber companies, paper mills, factories and trash companies.

This limited their size and revenue streams while instilling a significant fuel supply risk into the long-term viability of the project.

In addition, the boiler technology was expensive, limited in size, not very reliable and required a lot of expensive pollution control equipment to meet environmental standards.

These factors, along with scarce government support, suppressed the growth of an environmentally valuable alternative to the landfill problem many countries are facing today.

Today, advancements in boiler technology and strong support from the South Korean government is changing history as showcased by the Dangjin Bio-1 plant.

A true demonstration of fuel flexibility

The SFW CFB has given GS EPS the flexibility to fire endless combinations of carbon neutral biomass and waste fuels, as well as coal.

Back in 2012, when the Dangjin Bio-1 project was being developed, restrictions on coal use were not as strong as they are today in South Korea.

Thus, the plant was originally designed to fire as much as 100% coal and as little as 10% coal with the balance coming from PKS (90% by heat content), about 1200 tons/day of PKS and other biomass.

During plant commissioning, the plant fired a blend of 80% PKS and 20% Russian bituminous coal.

In October 2015, two months after commercial operation of the plant began, GS EPS increased the share of PKS to approximately 86%, and the year ended with smooth plant operation at an average PKS share of 83%.

Since this fuel wasn’t included in the design criteria for the plant, it truly tested the fuel flexibility limits of the SFW CFB technology.

Remarkably, the CFB still achieved full plant output and all its emission guarantees when firing the waste wood.

GS EPS needs to shut down the CFB boiler every few months to clean out the accumulated debris, which could not pass through the bed ash drain system.

For GS EPS, the fuel flexibility benefits greatly outweighed the additional maintenance and downtime of the CFB boiler, so it has been blending the waste wood with PKS and coal at the 15% – 23% level.

Inspection of the boiler showed greater than normal erosion in some areas of the lower furnace, greater corrosion of superheater coils and more fouling in the boiler’s convective pass and air heater due to the higher chlorine, heavy and alkali metals in the waste wood.

Based on the experience with Dangjin Bio-1, GS EPS has decided to build a new biomass-fuelled unit, Bio-2, again using SFW’s CFB boiler.

An important benefit of the SFW CFB is the high plant reliability and lower plant maintenance requirements.

The circulating solids keep the heat transfer surfaces in the furnace clean, minimising corrosion and fouling.

The operational experience from the Dangjin Bio-1 plant clearly demonstrates the fuel flexibility of SFW CFBs, but there are many other environmental benefits of the SFW CFB technology that bring value to renewable plants like Dangjin Bio-1.

For instance, SOx levels are controlled in the CFB boiler as the fuel burns by injecting limestone directly into the CFB boiler avoiding the need for a flue gas scrubber system, reducing plant construction and operating costs while improving reliability.

Because of the flameless low temperature combustion process in the CFB boiler, formation of NOx emissions is also minimised.

For most projects, selective catalytic reduction (SCR) systems are not needed, saving capital and plant operating and maintenance costs.