Coal power in India: A pathway to reduced emissions

India has one of the world's largest coal power fleets, but as it targets nationwide emissions reduction new technologies can be used to make plants more efficient 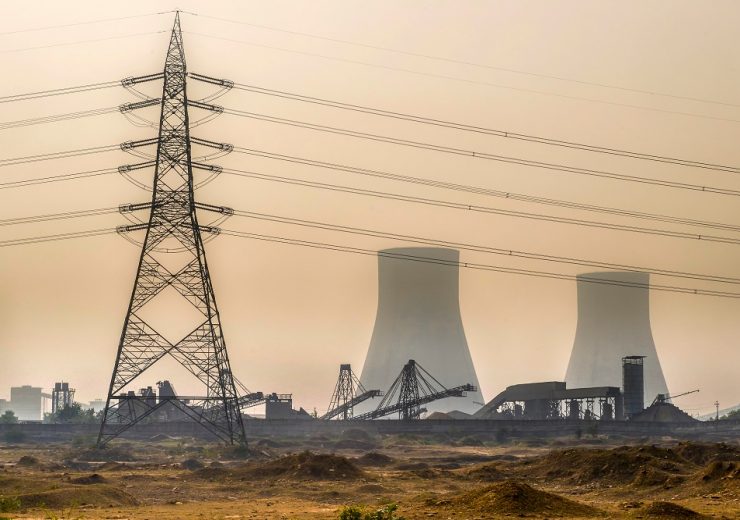 A new report from the IEA Clean Coal Centre (IEACCC) recognises a continuing role for coal in India as an affordable, secure and dispatchable power source for its growing economy (although with a gradually diminishing share of the overall energy mix as renewables expand). The IEACCC report, summarised here by Modern Power Systems magazine, describes a potential pathway to reduced emissions from the Indian coal fleet, which must address the high ash content of indigenous fuel sources. It presents a scenario for Indian coal power to 2040 that envisages a transition to high-efficiency, low-emissions technologies, and deployment, from around 2030 onwards, of CCUS.

India is a vast country of 1.37 billion people that has undergone rapid economic growth over the last 20 years to become the world’s fifth-largest economy. Total power generation has increased by 40% over the last decade, there is abundant generating capacity and most people now have access to electricity.

Coal-fired power has remained dominant with a 72% (1,135 TWh) share of total generation in 2019 due to the country’s enormous coal reserves and limited oil and gas.

Energy demand will continue to grow, and although the government of India has ambitious plans to meet much of the expected growth with up to 400 GW of wind and solar power capacity by 2030, coal will continue to play a fundamental role in providing India with dispatchable power and energy security for the next 20 years and beyond.

However, the Indian coal fleet emitted 1.1 GtCO2 in 2019 and contributes to poor air quality, due to emissions of SO2, NOx and particulate matter, with associated impacts on health, ecology and economy.

A new report from the IEA Clean Coal Centre has identified a pathway whereby India can continue to grow its economy relying on its own coal resources, while reducing emissions of CO2 and improving local air quality. A key challenge is the impact of burning high ash content (25–50%), indigenous coal on plant performance and emissions management.

In India, the average coal unit efficiency is around 35% compared to state-of-the-art efficiency of some 47.5% (LHV). Thus CO2 emissions from India’s coal fleet could be reduced significantly through a combination of retiring or upgrading older units and building new efficient ones.

There are various incentive schemes to promote upgrading of subcritical plants and the upgrading of some small units (<200 MWe) has resulted in savings of over 100 kt/y coal and 165–190 kt/y of CO2 emissions at each unit with a return on investment in less than two years.

India’s coal-fired power plant installed capacity has more than quadrupled to over 205 GW (utility) in 20 years, with a further 33 GW under construction. The first supercritical (SC) unit came online in 2010 and now there is 52 GW of SC capacity.

The first ultrasupercritical (USC) plant (NTPC’s Khargone) was commissioned in 2019. By 2023 India is expected to have 250 GW of utility coal-fired power generating capacity in operation, almost a third of which will be SC or USC. The hope is that this impressive performance of improving efficiency will be continued.

Further reductions in emissions could be achieved through changes to dispatch mechanisms and implementation of supporting policies such as:

The ability to operate in a flexible manner will be key if coal power plants are to remain competitive in a market with a greater proportion of renewables. More emphasis will need to be placed on planning and readiness for likely changes in the market and operational environment.

The introduction of more stringent emission standards for coal power in 2015 was a significant step in mitigating air pollutants, including SO2, NOx, and particulates. However, progress in meeting these standards has been slow with the deadline extended to 2022 and some NOx limits relaxed.

There is most debate about the ability to meet NOx emission standards. But the IEACCC has found that substantial NOx reductions are readily achievable in most Indian coal plants.

For example, significant NOx reduction (around 10%) and efficiency gains (up to 2%) can be achieved through optimisation and accurate monitoring of combustion parameters.

In combination with optimised combustion, primary NOx controls such as separated overfire air and low NOx burners can be used effectively to comply with emission limits of 300 mg/cubic metre.

More costly secondary measures will be needed to achieve the stricter NOx limits for newer plants, but these technologies can be successfully applied even to the relatively high-ash environments associated with firing Indian coals.

Rather than seeking to delay implementation of the existing norms, the sector should work to anticipate the globally observed trend of progressively tightening standards.

As the only means of imposing deep cuts on fossil fuel CO2 emissions, carbon capture utilisation and storage (CCUS) should represent the ultimate goal for India’s coal fleet.

Although India actively supports research in CCUS, political backing for large-scale deployment has not been strong. However, recent rapid growth in coal power capacity and more ambitious climate targets present a more favourable environment for CCUS.

Recent studies estimate that the country has the potential to store at least 100 GtCO2 (90 years of current coal emissions), even without considering emerging opportunities in basalt and deep coal seams.

However, the true potential will only be clear once more targeted characterisation has been carried out. The IEACCC has mapped India’s coal plants against geological resources as a means of highlighting the most suitable storage locations and plant clusters for near-term development.

The cost of retrofitting state-of-the-art CO2 capture systems to existing coal plants has fallen significantly following early demonstration, and will continue to do so if further planned developments take place in the US and China.

Progressively deploying CCUS on 26 GW of India’s high-efficiency capacity from 2030 to 2040 could avoid a further 750 Mt of CO2 emissions over the decade.

As a means of developing the appropriate revenue streams and policy support required to progress CCUS in India, there is opportunity in linking the technology to the strong political drive behind India’s “Methanol Economy” initiative to expand coal gasification.

India could take various steps to drive early demonstration of CCUS including:

Coal’s share of the Indian electricity market is likely to diminish but remain significant.

Below is an IEACCC scenario for coal power to 2040, based on the NITI Aayog draft energy policy, 2017.

The addition of CCS from 2030 onwards to around 10% of the fleet reduces emissions further (green dashed line).

This IEACCC study offers a pathway to reduced emissions and improved air quality, while still using affordable and reliable coal power in a growing economy.

Plant efficiency can be improved with some inexpensive measures. Emissions standards can be met in many instances without costly measures and payback of only a few years.

The resulting improvements will have health, environmental and economic benefits. Market reforms to incentivise adoption of new, proven technologies will be required to achieve the desired improvements.

There is a real risk that prevailing perceptions of coal as an outmoded energy source, combined with financial challenges, will stifle efforts to transition to cleaner forms of coal power and slow the promising progress made in transforming India’s coal fleet.

Recognising that coal power will remain fundamental to the country’s pursuit of UN Sustainable Development Goals the use of HELE coal technologies and CCUS must be seen as key to India’s actions on both public health (SDG3) and climate change (SDG13).