RWE selected specialist satellite and IoT technology-as-a-service provider Ground Control and its satellite connectivity partner, Inmarsat to employ the IoT and install automated hydrology stations, enabling the company to prevent water wastage, maximise the amount of energy it generates, and safeguard its people and the surrounding landscape and infrastructure 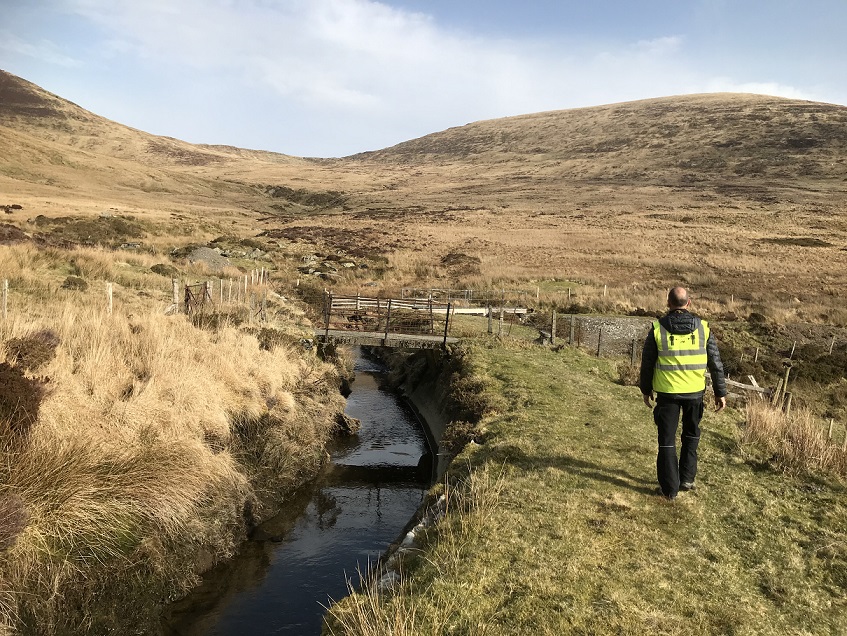 Energy producers have been responding to the challenge of providing the clean, secure and affordable electricity we need. By leveraging the Internet of Things (IoT) and the satellite communications that underpin it, they are maximising the amount of renewable energy they can make from existing infrastructure, while they invest in new capacity.

Climate change and the extreme weather it brings, can increase flood risk, which is bad news for everyone who could be affected. But, if you run a hydroelectric plant, it is also a missed opportunity to make clean electricity. By installing hydrology stations to access and use real-time data to manage the water levels in your catchments to perfection, you can optimise your electricity output to everyone’s benefit, which is the approach taken by RWE.

RWE is one of the world’s leading renewable energy companies and Wales’ largest electricity generator. It produces almost 1GW of renewable energy in the nation, placing it at the forefront of a low carbon future for Wales.

To further its renewable energy transition in the UK while meeting growing energy demands, the company is also developing around 150MW of innovative onshore wind projects including community shared ownership. Offshore, it plans to extend four wind projects, representing a potential multi-billion-pound investment.

Snowdonia is a region whose significant rainfall makes it a perfect place for harnessing water to produce electricity. As climate change increases the likelihood of extreme weather, it also increases the risk of flooding in this remote, mountainous area. In turn, flooding could create landslides and damage spillways down hillsides, as well as roads, pathways, and fields.

To turn these potentially negative events into additional green electricity, RWE needs to closely monitor hydrology conditions at its hydroelectric power stations so it can best manage water levels and flow rates in its catchment areas.

But there’s a catch. Snowdonia’s picturesque landscape is protected by national park status. This means it is subject to strict planning regulations intended to preserve its natural beauty and building obtrusive installations, including monitoring sites, is prohibited. So, RWE sent people into the mountains to take measurements. This was time-consuming, costly and produced limited, inaccurate results. It was also potentially dangerous for those sent to collect the information. That’s because RWE Hydro’s operations centre is in Dolgarrog, which is only about ten metres above sea level. In contrast, the fieldwork could be up to 600 metres above sea level, where the weather conditions are often completely different.

RWE wanted valuable, precise, up-to-date information on conditions without anyone needing to venture out. So, in 2016, it decided to employ the Internet of Things (IoT) and install automated hydrology stations. These installations would constantly monitor water levels and weather conditions, enabling the company to prevent water wastage, maximise the amount of energy it generates, and safeguard its people and the surrounding landscape and infrastructure.

However, rugged Snowdonia is prone to heavy cloud cover. It also lacks reliable terrestrial communications links to transmit the data and connections to the energy grid to power the equipment. So, to successfully gather and send the necessary data, RWE needed a system that could overcome these challenges, while satisfying the National Park authorities by being unobtrusive in the picturesque landscape.

To gain regular insight into rainfall and water levels in such hostile and remote locations, RWE turned to specialist satellite and IoT technology-as-a-service provider Ground Control and its satellite connectivity partner, Inmarsat.

Ground Control worked with OTT Hydromet and ASTECH Engineering Services to design, develop and deploy four energy-efficient, solar-powered, IoT-enabled hydrological stations across RWE’s catchment areas. Each hydrology station measures and records water levels, precipitation, air and water temperatures and relative humidity. All this is underpinned by Inmarsat’s ELERA network for IoT, which provides seamless, secure narrowband connectivity for global mobility that is reliable in all conditions, with 99.9% availability.

Data gathered by the hydrology stations’ sensors is stored at 15-minute intervals and transmitted via Hughes 9502 terminals every three hours using Inmarsat’s BGAN M2M service and OTT Hydromet’s edge computing. When the data hits the FTP server at Ground Control’s office, the information is exported into easy-to-use graphs showing water levels and other data trends, which RWE staff at the control centre in Dolgarrog can see on their screens. The service is so efficient, it keeps monthly data usage per site to 2MB.

The hydrology stations are programmed to respond to changing conditions, sending data hourly if water reaches a pre-set safe level, alerting RWE to respond. They revert to sending updates every three hours when the water level drops back to safe levels. Ground Control’s modular IoT technology is deliberately flexible, allowing RWE to change the hydrology stations’ configuration, or add in new features and functions as and when it needs to.

Since RWE’s first BGAN-enabled hydrology station was installed in 2016, three more have come into service. All four have proven themselves to be reliable and stable, delivering complete data sets RWE can rely on.

Data gathered by the hydrology stations supports RWE to generate power most efficiently by collecting as much water as possible into leats and waterways, to then flow into the lakes and reservoirs. Once there, RWE can use this water in its ongoing power-generating operations.

Similarly, insights from the data provided by the hydrology stations enable RWE to achieve another objective: to reduce water wastage. Using the data collected, RWE can plan to carry out maintenance work or improvements to the waterway system while weather conditions are, and are likely to remain, dry. This is important because having to do maintenance when conditions are wet and waterways are in use, means diverting water away from the area being worked on, water that would otherwise be going into lakes and reservoirs to be used for generating power.

For RWE, having near-real-time visibility over water levels and flow rates has been a game-changer. John McNab, Operations and Maintenance Engineer at RWE UK, explains:

“The accurate, up-to-date information supplied by our BGAN-connected hydrology stations lets us know exactly what’s happening in our catchments, so we can take the right decisions at the right time to make as much renewable energy for our customers as possible. Insight into weather conditions helps us plan to do our maintenance at the right time too. It also lets us know whether it’s safe for staff to venture out to do checks and site maintenance at a certain location. If the temperature is too low or the conditions too icy, we know to keep our people indoors until the weather improves.”

Although RWE doesn’t have enough automated BGAN-enabled hydrology stations to provide full oversight on water levels and flows across its entire Snowdonia catchment, it has plans to add another eight to its network to build up that picture.

“In such a changeable and challenging environment like Snowdonia, the real-time data from the BGAN-enabled hydrology stations lets us respond quickly and effectively to any changes in the water levels,” continues RWE’s McNab. “We can maximise electricity production, reduce water waste and minimise the threat of damage through overspill to the landscape and our own infrastructure, while keeping our staff safe and secure.”