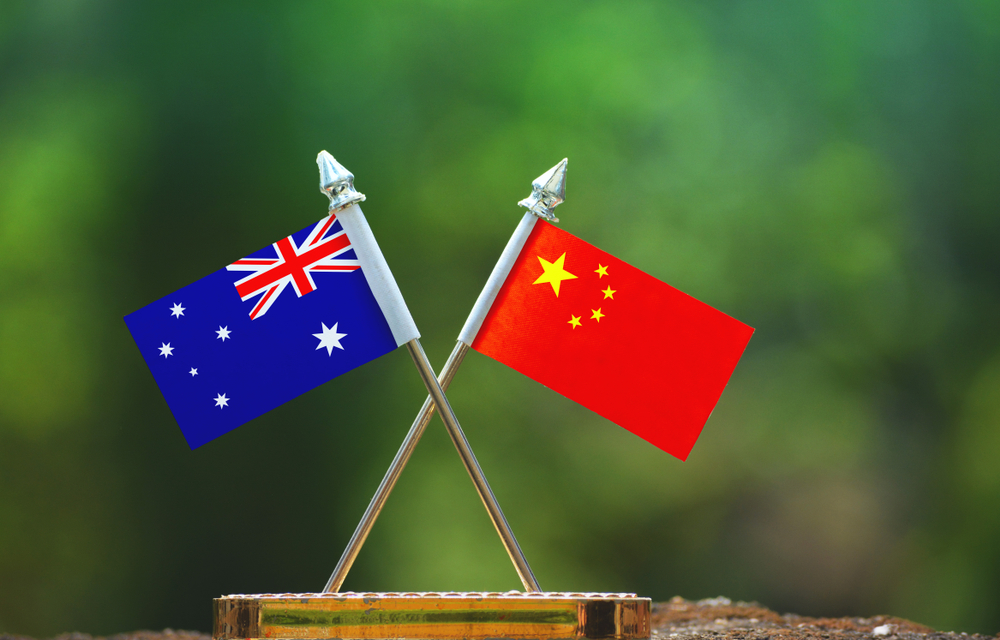 The SED has been used to encourage investment and ease trade talks between the country’s since it was formed in 2014 (Credit: Shutterstock/Aritra Deb)

China has announced the “indefinite suspension” of all activities under its Strategic Economic Dialogue (SED) with Australia – but what could this action mean for the energy industry?

The announcement comes as no surprise to many, as relations have been strained between the nations after Canberra last year called for an inquiry into the origin of the coronavirus pandemic, which first broke out in the Chinese city of Wuhan in December 2019.

Tensions deepened further towards the end of 2020, when China’s top economic advisory body gave the green light for power stations to import coal without clearance restrictions, but Australia was blocked from the list.

The suspension of the SED, which has been used to encourage investment and ease trade talks between the country’s since it was formed in 2014, was announced in a statement by the National Development and Reform Commission (NDRC), China’s state economic planner.

“Recently, some Australian Commonwealth Government officials launched a series of measures to disrupt the normal exchanges and cooperation between China and Australia out of Cold War mindset and ideological discrimination,” it said.

Although NDRC’s statement didn’t specify the exact reasons for the SED suspension, Reuters reported that China’s foreign ministry spokesman, Wang Wenbin, told a conference the action taken was a “necessary and legitimate” response to Australia “abusing” the concept of national security to pressure cooperation with China.

Australian Trade Minister Dan Tehan said on Twitter it is “disappointing to hear that the NDRC has made this decision”.

He added that the SED, which was last held in Beijing in 2017, is an “important forum” for Australia and China to work through issues relevant to their economic partnership – and that his country remains open to “holding the dialogue and engaging at the ministerial level”.

It is disappointing to hear that the NDRC has made this decision. The Strategic Economic Dialogue, which was last held in 2017, is an important forum for Australia and China to work through issues relevant to our economic partnership.

Although Yanting Zhou, a senior economist at energy researcher Wood Mackenzie, said there are no specific projects related to the natural resource sector under the SED framework, he believes the announcement indicates an “escalation of the China-Australia political dispute”.

Zhou expects the suspension to impact the commodities sector in three different areas.

Firstly, he said it will “discourage” Chinese investment in Australia’s natural resource sectors – an area that makes up a large chunk of the nation’s economy, with the mining industry responsible for 10.4% of its GDP between 2019 and 2020.

It could also lead to the import bans of some commodities remaining in place until relations improve, added Zhou.

But he notes that China is unlikely to ban imports of Australian commodities that it relies heavily on as it will “impact the domestic economy”.

The economist points to iron ore as one example. He believes the Chinese government is more likely to raise the administrative cost for importing commodities from Australia if it wants to act.

“Given the strong position that the Chinese government is demonstrating and the Chinese economy’s manageable reliance on Australian supply, it is unlikely to back down before the Australian government does,” added Zhou.

In terms of coal, Australia is the world’s biggest exporter of the mineral – with exports amassing $70bn Australian dollars ($54bn) in the 2019 fiscal year.

“It is hard to define the impacted timeframe of the indefinite suspension at different negotiation stages,” she added. “Our current (April) base case assumes the impact on thermal coal will linger through 2022.”

Copper was another commodity Chinese companies had been instructed not to purchase from Australia late last year, despite China importing 4.8% of its total copper concentrate from the nation in 2019.

“Smaller quantities of concentrate imports were reported in both October and November,” she added. “However, from December onwards imports were recorded as zero, compared to a peak of 108,000 tonnes in June 2020.”

Wood Mackenzie estimates the annual volume impacted is about one million tonnes per annum of copper concentrate, which is now “looking for homes in other Asia Pacific smelters”.

“This has resulted in China looking for concentrates from elsewhere, at a time when the market was very tight due to weather-related issues, deferring shipments etc.,” added Moncur.

Looking ahead, Verisk Maplecroft’s principal analyst Kaho Yu believes the trade tensions will remain a “friction point” in the bilateral relations between the nations.

“The two countries are locked in a cycle of tit-for-tat policy action against each other,” he added. “While Beijing will likely continue to impose administrative restrictions on imports from Australia, Canberra will also likely tighten restrictions on Chinese investment, especially in sensitive sectors.”

Yu notes that any ban will be most effective when wielded against commodities in which China has a diversified import profile, and that the target sector is “heavily dependent” on the Chinese market.

But he believes the deteriorating bilateral relations will likely drive Beijing to “diversify supply away from Australia”, especially of “resource commodities it sources primarily from the latter”.