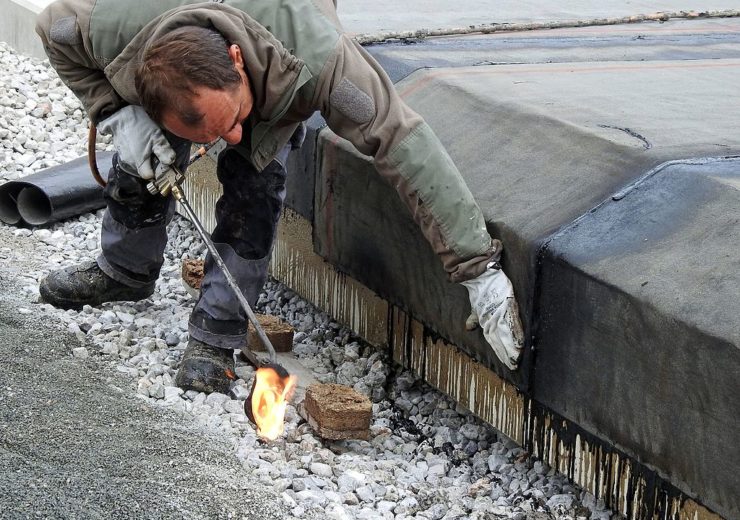 About 90% of bitumen's use cases is in road construction (Credit: Wikipedia Commons/Wald1siedel)

It’s a key material in building roads – and using machine learning technology when mixing could help to make the perfect bitumen recipe for different surfaces.

Industrial software company Zyfra has developed an algorithm that can combine materials to create an ideal chemical solution for highways and country roads, as well as roof waterproofing.

Alexander Smolenskiy, head of the intelligent systems department at the company, told the IoT Solutions World Congress in Barcelona how it can boost its lifespan and reduce costs – with NS Energy in the audience.

Why is it important to get bitumen mixing right?

Bitumen is a dense and highly viscous petroleum-based hydrocarbon found in deposits around oil wells.

About 90% of the low-grade crude oil is used in road construction, while its waterproofing properties also make it an ideal material for creating roofing felt and sealing flat roofs.

It can help to reduce road maintenance costs by 60% and although it usually needs to be replaced every three or four years, there are hopes that technology can grow its overhaul life to between seven and 10 years.

Smolenskiy said: “It’s not a new material but it’s being used more and more because it significantly decreases road maintenance and doesn’t cost very much.”

However, bitumen is often mixed to provide different characteristics.

For example, high plasticity may be better suited to waterproofing a building to prevent leaks but for floors, elasticity may be preferred because it can recover shape – while in roads, varying degrees of hardness and viscosity will be required depending on how many vehicles use it.

Costs are another important consideration – additives to the bitumen make up only 11% of a total solution in terms of average weight, but account for 76% of the cost.

“Bitumen can be mixed to have a very high quality but if you aren’t careful, the price is too high and you can lose your margin,” said Smolenskiy.

Zyfra, which has main offices in Helsinki and Moscow but employs 9,000 people across 13 countries, connects machinery between legacy and modern metal works with the aim of increasing operational efficiency by between 15% and 20%.

Part of its work involves using AI in specific projects, such as decreasing production defects on steel pipes and increasing deposits from oil wells, which can then be replicated by other companies.

Smolenskiy said: “The predictor and optimiser were very specific solutions. The problem is that bitumen producers all over the world have their own specific systems.

“We wanted to replicate the solution so we’re trying to create an open API so any company in the world can use it.”

The team defined a starting recipe, before building 10 new recipes around that – each with varying consistencies of additives that had specific characteristics for different purposes – and repeated several times.

All these new recipes were then sent to the predictor software in order to estimate their quality.

The top 10% best recipes were selected based on the likelihood of achieving their target function, and this process was replicated until an algorithm found the optimal value for securing results.

Across thousands of batches produced, Smolenskiy claims the team managed to meet quality requirements on every occasion – and production engineers at bitumen plants that are Zyfra clients now rely on the software for 70% of the batches they produce.

He said this has also managed to reduce the cost of bitumen production by 3.5%.

“This means Italy could build an additional 300km of highway-class roads each year with the spare bitumen or Barcelona could cover 18% of the roofs in its city,” he added.