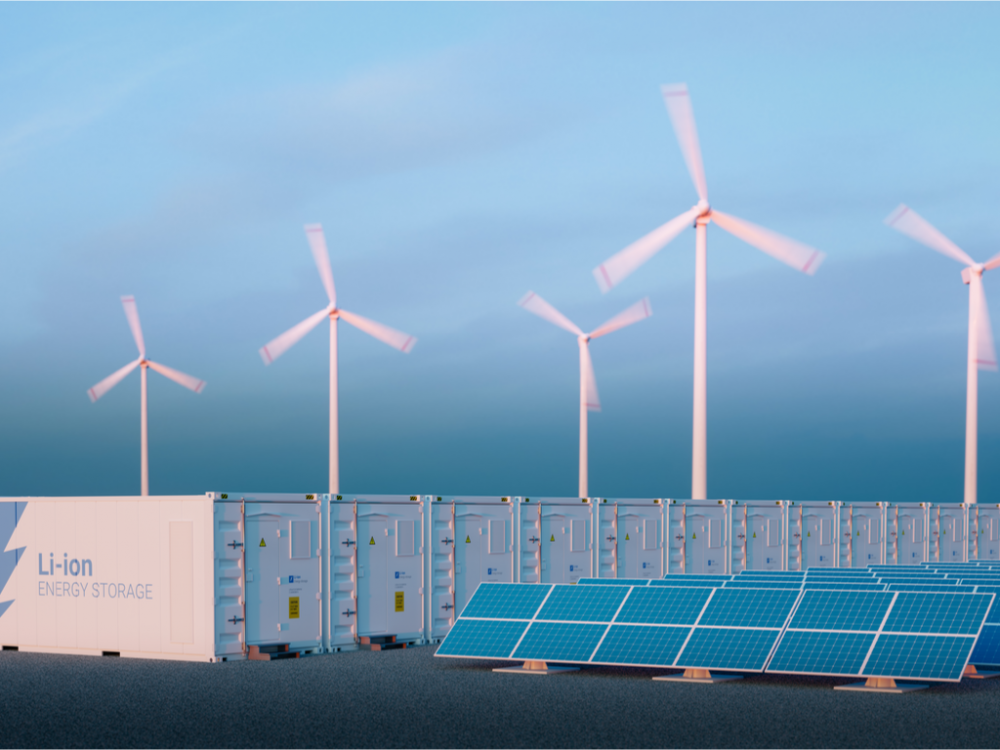 Surveyed investors said they considered the US to be an “attractive venue” for renewables investment compared to leading countries like China over the next three years (Credit: Shutterstock/petrmalinak)

Renewables and batteries are set to provide a “secure energy future” for Australia, says a report.

The study by the Australia Institute think tank shows that batteries and clean energy can replace the system security that has historically been provided for the nation by coal.

For an energy grid to function securely, it requires control systems that keep frequency and voltage within safe limits, according to the report. Over recent years in Australia, it notes that these services have increasingly been provided by renewable energy, batteries and demand response, allowing coal and gas to “retire more rapidly”.

“The business model underpinning coal and gas is collapsing before our eyes and the good news is that batteries and renewable energy are now able to step in and keep the grid secure,” said Professor Bruce Mountain, energy economist and report co-author.

“Renewables already create the cheapest electricity in the market and the last leg the fossil fuel industry had to stand on was the security services they have historically provided. Now we can see that even those services are being delivered in a more reliable and affordable way by renewable energy and that trend will only accelerate in the future.”

The study was commissioned to assist the nation’s Energy Security Board’s redesign of the National Electricity Market (NEM), with Australian energy ministers set to decide on a new ‘post-2025’ design for the market in mid-2021.

Earlier this month, the Australia Institute conducted a national opinion poll of 1040 people that revealed 51% of the country’s citizens would prefer to pay for new batteries to keep the grid secure and 26% would prefer to continue to pay for coal generators.

“As coal generators continue to lose money, they will make financial decisions that harm system security by reducing maintenance or mothballing units – we must prepare for this inevitability,” said Dan Cass, energy policy and regulatory lead at The Australia Institute.

The report claims the emerging technologies can provide a new “fast frequency response” service and voltage control to keep the grid secure and reduce costs.

It highlights that batteries and demand response provided more than a third (38%) of a key frequency control market in Q4 2020, despite comprising just 0.5% of the grid’s generation capacity.

The company will instead build a 350-MW battery in Victoria by 2026. The report highlights it is likely to be able to provide at least three times the inertia capacity of the closing coal plant.

“Coal power stations are closing and being replaced by clean energy, but there is no national plan for replacing the security services that are provided by coal,” said Cass.

“Batteries, renewables and demand response are being held back by barriers that prevent them from contributing to system security, despite their exceptional potential in this space.

“Thankfully, this research shows that renewable energy is capable of providing sufficient system security to support the grid and Australians are ready for that transition to take place.

“Half of Australians want batteries to be used in keeping the grid secure while just one in four want coal to continue performing that function.”

On Monday (29 March), the Australian Energy Market Operator (AEMO) forecasted an improved outlook for gas supply until at least 2026 across the eastern and south-eastern gas systems, if committed field developments and pipeline expansions “proceeded as planned”.

Over the past year, Prime Minister Scott Morrison has been publicly backing a “gas-led recovery” from the coronavirus pandemic in a bid to support jobs and provide affordable energy.

But the AEMO’s latest forecast warned of southern supply risks for winter 2023 if the Port Kembla Gas Terminal (PKGT) is delayed and certain conditions emerge, such as winter daily demand peaking in Victoria.

“Our annual analysis shows that without the PKGT, the decline in flexible gas from existing fields would mean we need to rely heavily on storage, and increasingly on constrained pipeline infrastructure to meet the needs of gas consumers, especially during high demand days in winter,” she added.

The AEMO’s forecast – developed using reserve and forecast information from gas producers and industrial gas users – highlights that the gas sector is “on the cusp of transformation”, with changes in consumption patterns forecast and alternate supply sources being actively developed.

“Australia’s energy sector is going through a rapid transition, driven by changes in consumer behaviour and efforts to decarbonise the system,” said Falcon.