Can governments find a resolution for issues facing artisanal mining? 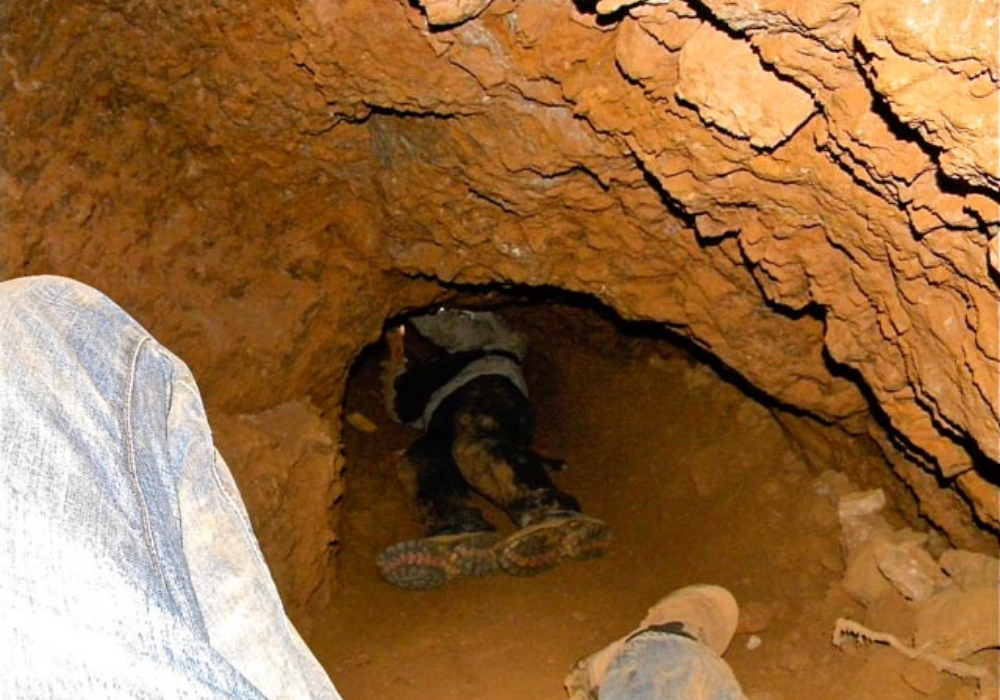 Queensland’s mines minister Dr Anthony Lytham said the offence "sends the clear message to employers and senior officers that the safety and health of their workers are paramount” (Credit: Wikimedia Commons/Manyeva)

Artisanal and small-scale mining is often painted as the dark side of mining, an industry riddled with smuggling, fraud and danger. James Murray looks into the issues facing the sector and what governments can do to help it.

The man-eating mines of Potosí on the Bolivian Altiplano are based in South America’s most elevated town.

Sitting more than 4,000m above sea level, its miners are squeezed into tiny spaces where they hammer a 20-inch hole into the rock on a daily basis.

At such an altitude, the near-12,000 workers, including children yet to reach their teens, battle for oxygen and cough up dust in what is a necessary task to put food on the table for their families.

It’s a scene replicated across many developing countries in Africa, Asia, Oceania, and Central and South America yet in many of those places, there’s not even much of an income guarantee for a hard day’s work.

Cristina Villegas, director of non-profit international development organisation Pact’s Mines to Markets (M2M) programme – which promotes the interests of artisanal and small-scale mining (ASM) – believes it is difficult for individual miners to sell to governments without having large quantities.

“It’s about having the right policies,” she says. “You have to have the right environment for people to behave the way you want them to.

“So you have to think what the right policy environments are to create what you want to happen.

“We encourage governments to lower the amount of minerals required for miners to sell to them, and to increase convenience by licensing traders to buy gold on behalf of other workers.”

What is artisanal mining?

ASM is a complex sector, in which individual miners are not officially employed by a company and work independently to forge a livelihood.

They are usually from poor backgrounds and use their own resources to mine for various minerals or pan for gold.

Although individual production from ASM may be small, the sector is far from it.

It accounts for 90% of all mining labour in the world, and between 10% and 15% of all global production.

Villegas says: “We’re at a tipping point right now, which is really exciting.

“Five years ago, people were saying ‘why should we engage with ASM?’ It’s dirty, it’s chaotic. But now, if you don’t, you’re actually the one who’s backwards.

“There is a realisation that there is another way forward. For us, our role is to work with companies who understand that but need help getting there – and who realise that they need organisations who can help navigate local realities and the opportunities and challenges they raise.”

According to a report by the Intergovernmental Forum on Mining, Minerals, Metals and Sustainable Development (IGF), the sector has experienced explosive growth in recent years due to the rising value of mineral prices and the increased difficulty of earning a living from agriculture and other rural activities.

Some small-scale operations are undertaken outside of the law, which causes friction in the industry and creates problems for governments.

Operations without compliance to industry standards can promise great rewards for poorer individuals, but it opens up potential environmental, safety, health and economic issues.

On a regular basis, stories hit the news about artisanal miners being killed due to poor practices, which brings scrutiny to all levels of the mining industry.

In June, at least 36 illegal miners were killed in a copper mine in the Democratic Republic of the Congo, owned by Glencore, a British–Swiss multinational commodity trading and mining company.

The incident occurred when two galleries overlooking an open excavation pit collapsed at the same mining site where six people died in 2016.

Glencore said a growing number of artisanal miners had trespassed at the mine and around 2,000 illegal miners gathered on the site every day.

Alex Stewart, a public health doctor, has written an article on how mining is bad for health.

He says: “Many of these artisanal miners are stuck in a poverty trap; they have to mine to live.

“But because it’s unregulated and it may even be illegal what they’re doing, putting in safety measures is difficult and expensive for them.

“So they tend to work at the far end of danger and that, because of the poverty that they’re trapped in, has a huge number of health knocks on.”

The health issues associated with ASM are often due to a lack of effective safety gear.

It is the source of the largest releases of mercury, estimated at 1,400 tonnes per year in 2011, according to the Minamata Convention, an international treaty designed to protect human health and the environment from releases of mercury.

Exposure to mercury can have serious health implications, including irreversible brain damage and severe impacts on women’s fertility.

Stewart says: “Kids and women are heavily involved. That is a whole question of child labour, but from the women’s side, the kind of exposures that they’re often open to, particularly if they’re into gold mining using mercury can be extremely harmful.

“A lot of that is done in kitchens in fires and you get mercury vapour that obviously isn’t very good for you.

“Or it goes out into the atmosphere, drops into the environment and you get methyl mercury which is even more toxic than plain mercury vapour, so you’re just living in a soup of nastiness.

As ASM miners often spend long hours working, exposure to dust and fine particles as a result of blasting and drilling can also cause respiratory illnesses.

With increased efforts on cleaning up the planet to prevent the effects of climate change, there have been calls for a green metals revolution.

According to the United Nations Environment Programme, the global mining and metals industry is responsible for around 10% of the total impact of climate change.

A recent incident occurred in Chile’s Atamaca Desert, where extensive work is conducted in extracting lithium.

Protestors blocked access to roads for mining companies, due to a dispute over the effect it has on water supply in the area.

Mercury produced in ASM mining can also have catastrophic impacts on the environment.

It can be transported long distances by air or water, which poisons the soil and waterways, and eventually makes its way into the food supply.

Streams and rivers near ASM sites often fall victim to pollution, which makes water unsafe for drinking and can also affect fish stocks relied upon for food.

Artisanal mining impact on the economy

Small-scale operations are a potential threat to a country’s economy, as it can lead to its mining sector being depleted in resources.

ASM poses economic problems by not paying tax on the money made from their excavations, as well as making it harder for licensed companies to turn a profit.

But Villegas admits she gets very frustrated when she hears people say that ASM is bad for economies.

The M2M director says: “If you look at the data, there’s room for everyone.

“From a jobs perspective, I don’t think people realise how enormous ASM is. While I think a lot of countries and policy-makers hope that large-scale companies will come in and develop, it may not be appropriate.

“You may need a mix of small and large-scale mining. It’s not only a solution that can maximise the local social benefit of mining; it’s great for resource efficiency.

“There are very few sites in the world where the whole deposit is used.

“Usually the large-scale mine will only want a part of it, even though they’ve done the research for the whole deposit.”

What action are governments taking in artisanal mining?

For a number of decades, governments have been working to reduce the environmental, health and safety impacts of ASM, focusing primarily on the use of mercury.

Some countries have banned mercury use in artisanal and small-scale gold mining (ASGM).

But others have taken the approach of focusing on formalising and regulating the sector, enabling ASGM operators to contribute to the country’s wealth via taxes while ensuring more environmentally friendly practices.

Stewart says: “I don’t think it should be about closing down mines; it’s about improving working conditions.

“It’s about making the two sides work and getting these guys good employment, while not killing off mining.

“You have to involve miners; otherwise, you do things that are stupid for them. It’s a very complex picture, but it’s not impossible and has been done in other areas.

A 2017 report by the UN Environment Programme said that policy and regulatory frameworks on environmental, health and safety in ASM that contributes to local development are not sufficient to fit the needs of miners.

It added that the benefits of technical alternatives for miners have not been well demonstrated.

Villegas says M2M has experienced difficulties when trying to promote the work of artisanal miners to corporations.

“I can’t tell you how many times I’ve spoken to corporations about working in these areas, and they say ASM’s are all foreign, illegal workers,” she says.

“But in reality, they’re all locals. Just because it’s not in the formal economy doesn’t mean it’s not generating economic wealth.”

Villegas wants to see policies changed in order to erase issues with ASM so the industry can continue its growth.

She adds: “You could also innovate to offer services such as healthcare and credit opportunities in exchange for minerals.

“The thing that drives us crazy is when governments come in and revert corporations by sending the military in.

“This has never worked – it’s expensive, it leads to human rights abuses and it militarises the area. We’re trying to show a different way.

“The jobs are in both small and large-scale mining, provided large-scale operations do social, local programming correctly and work constructively with artisanal miners.”