Who is Alexandria Ocasio-Cortez? The mind behind the Green New Deal

Despite being voted down by a margin of 57-0, Alexandria Ocasio-Cortez remains hopeful her Green New Deal will be successful in the future 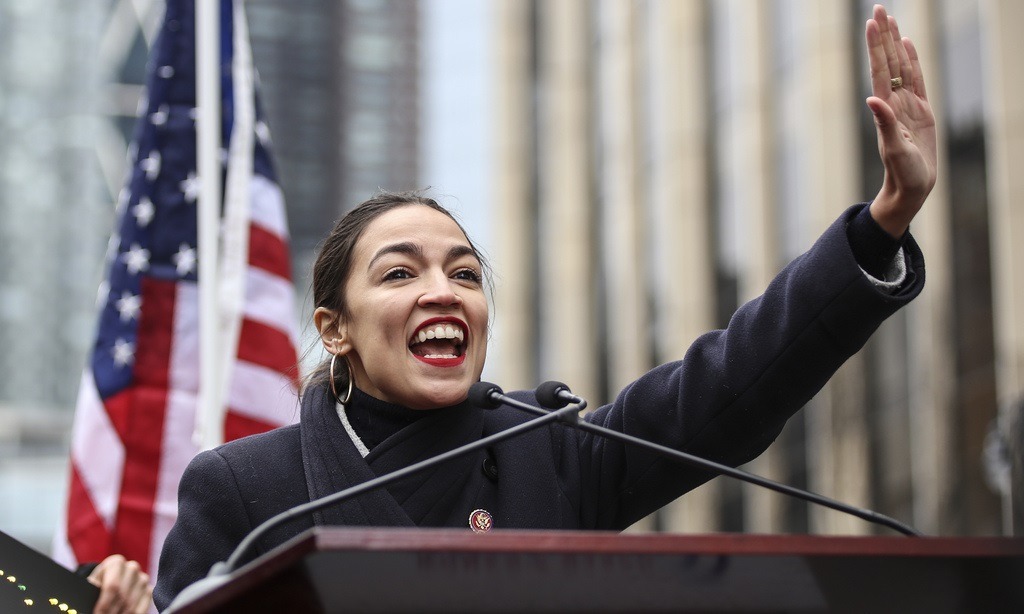 Alexandria Ocasio-Cortez, 29, is the youngest woman ever to be elected to the US Senate (Credit: Flickr/Dimitri Rodriguez)

From a dangerously radical fanatic to a beacon of hope for the downtrodden, Alexandria Ocasio-Cortez elicits wildly contrasting descriptions from each and every part of the political spectrum.

The 29-year-old, often referred to by her initials, AOC, has been the US Representative for New York’s 14th congressional district, which comprises a swathe of New York city including parts of The Bronx and Queens, since January this year.

Perhaps best known for her Green New Deal, a broad programme seeking to address climate change and economic inequality recently voted down in the senate, she is the youngest woman ever to serve United States Congress.

Here we take a closer look at AOC’s history, the ins and outs of her ambitious climate plan and what her nascent but prodigious political career might mean for America’s future.

The political rise of Alexandria Ocasio-Cortez

AOC was born to a working class family living in The Bronx, an area she spent much of her early career attempting to improve.

While working multiple jobs as a bartender, cleaner and school bus driver, the 29-year-old launched the publishing firm Brook Avenue Press, which sought to highlight the positive elements of an area often noted for its reported slums and violence.

It wasn’t long before she ended up in the company of Bernie Sanders, working as an organiser for the 2016 presidential candidate whom many view as her political inspiration.

By 2018, AOC was ready to begin her political career in earnest, and became the first person since 2004 to challenge Joe Crowley, the Democratic Caucus Chair, in the primary that year.

Faced with superior financial clout, the challenger fought her campaign on principle, claiming to represent the impoverished communities across New York, and in so doing, pulled off what many consider a substantial upset.

History will remember it as the lesser of two shocks in a politically seminal year for AOC, however, as in November’s general election she soundly defeated Republican nominee Anthony Pappas, winning 78% of the vote to claim her current position.

In an interview with US broadcaster PBS, she explained her political stance: “I do think that right now we have this no-holds-barred, Wild West hyper-capitalism.

What is The Green New Deal

Taking its name from Franklin Roosevelt’s New Deal, a set of social and economic reforms designed to combat the effects of the 1930s’ Great Depression, the Green New Deal seeks to address climate change and economic imbalance across the US.

Following the 2018 mid-term elections, AOC created a committee on the programme, garnering support from a bevy of her contemporaries including Deb Haaland, Rashida Tlaib, Ilhan Omar, John Lewis and Carolyn Maloney.

Along with Senator Ed Markey, she released a 14-page resolution detailing its 10-year timeframe and various aims, which, according to the Washington Post, include the following ten primary goals:

On 26 March, Senate Republicans forced a procedural vote on AOC’s Green New Deal, which they won by a margin of 57-0.

This was largely due to the fact many Democrats abstained from voting in a bid to avoid going on the record as in favour of something not yet ready to pass in a Senate currently controlled by their opposition.

Despite her measure’s defeat, AOC remains optimistic regarding her Green New Deal: “You had the Republicans voting ‘no’ and you had virtually the entire Democratic caucus voting ‘present,’ even those in tough states.

“That is an extraordinary amount of unity within the Senate to actually vote in that cohesive of a bloc, so I’m very encouraged.”