AFC Energy plans to use a hydrogen-diesel hybrid model for generators, before eventually reducing reliance on the fossil fuel 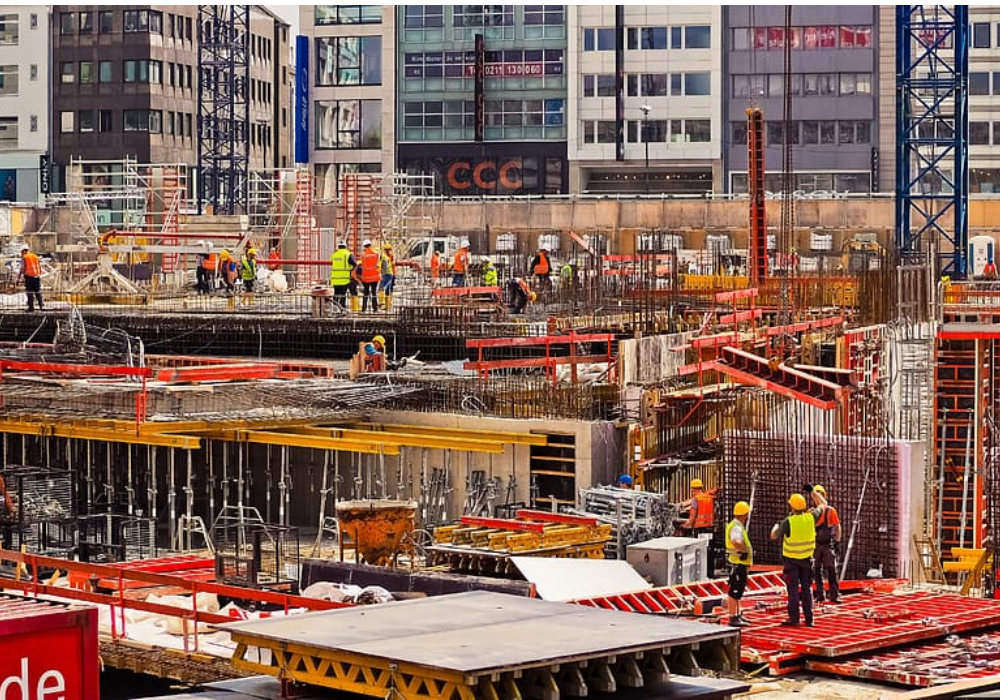 Industry is responsible for 30%, or 1,201 MtCO2e, of the 27 EU member states’ greenhouse gas emissions (Credit: pikrepo)

For decades building sites have been powered by diesel generators — but AFC Energy is planning to clean-up the construction industry with its hydrogen-based alternatives.

The company’s new generator will help curb greenhouse gas emissions through the use of alkaline fuel cell technology that has been developed at its research facility in Surrey.

It initially plans to use a hydrogen-diesel hybrid model, before eventually reducing reliance on the fossil fuel as a shift towards greener energy makes it increasingly expensive.

Speaking to NS Energy, AFC Energy’s CEO, Adam Bond, acknowledged diesel-powered generation is an “enormous industry worldwide” and a move away from it is “not going to happen overnight”.

“What we are working towards is a system that brings together incumbent diesel generation, and for a hybrid model, brings the fuel cell and energy storage solutions via battery together,” he added.

“Through the operation of those three technologies, you can create an immediate reduction in your greenhouse gas footprint.”

What will the new AFC Energy hydrogen generator provide?

AFC Energy is listed on the London Stock Exchange and has spent the past 10 years working on hydrogen fuel cell technology.

Hydrogen power replaces polluting diesel gensets with a clean sustainable generating system that can be used on construction sites and for off-grid services without creating air, atmosphere or noise pollution.

The company’s modular fuel cell system can be scaled from 20 kilowatts (kW) to more than 1 megawatt (MW) to fit with typical power requirements of construction machinery and datacentre usage.

The generator is fuelled by hydrogen and produces only water vapour as an emission, and it is also possible to use ammonia as a feedstock and apply a cracker that will help produce hydrogen on demand to fuel the generator.

As the diesel technology AFC Energy is using as part of the hybrid model gets older and becomes more expensive to operate, the company will phase in more power through a hydrogen fuel cell.

He confirmed that several contractors and temporary power customers have shown an interest in the technology and that it could reach the market this year.

Bond said that governments, local councils and industrial customers of diesel generation are increasingly looking at ways to drive down CO2 emissions from their activities.

“There are quite a few local councils that have declared climate emergencies,” he added.

“There are a lot of people looking for an alternative, or something that can be worked alongside in a portfolio approach, which is what we’re trying to put forward.

“By creating that option and getting that alternative into the market, it starts to give the people procuring projects the opportunity to demand that, as part of that project, you have to look at utilising a reduced-CO2 off-grid power source.”

Why has hydrogen been largely overlooked in the past?

Bond believes major companies taking an interest in hydrogen and starting to use it in their operations has led to governments taking notice and starting to support its adoption.

“Last year at the G7 in Japan, hydrogen was on the agenda and the International Energy Agency (IEA) released their first hydrogen road-map,” he added.

“You’re seeing investments in the billions going into hydrogen generation projects that didn’t exist a couple of years ago.”

Bond said his company was presented with a report by London-based consultancy firm McKinsey last year that highlighted the average cost of hydrogen solutions will halve over the next decade.

He added: “We’re in that transition, but it’s quite an aggressive transition that is now starting to see the global deployment of hydrogen-based energy as a long-term component of the energy mix globally – and that didn’t exist three or four years ago.”

Alongside its new generator, the company launched its hydrogen-powered electric vehicle charging system, H-Power, in December.

The hydrogen cells charge a battery or an energy storage system, which can then supply a vehicle with electricity at the point of use.