Ecogen: Why energy efficiency is key to building a national power network 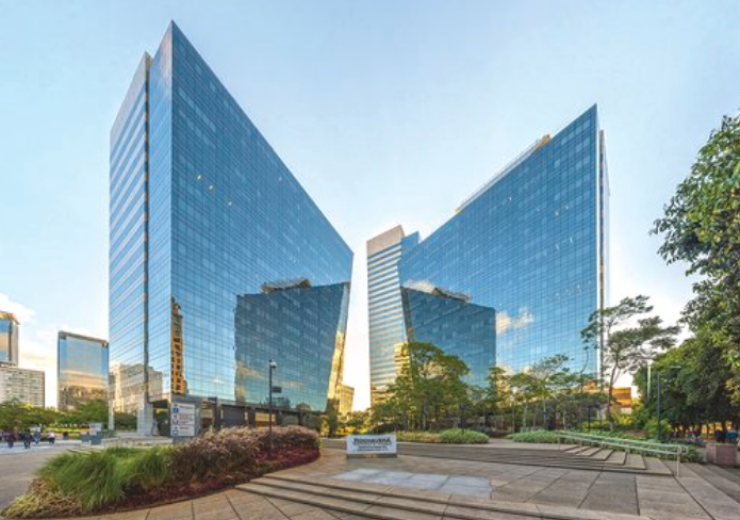 As one of the fastest growing cities in the world, Brazil’s São Paulo has the largest economy of all Latin American cities, measured by per capita GDP.

To continue its fast-paced growth, the city must continue to have reliable sources of energy to feed the expanding commercial and industrial complexes being built.

In fact, after experiencing below normal rain levels for a few years, the country went through a severe power shortage in the early 2000s that threatened to slow economic growth.

Many power users across the country, including large commercial facilities, needed to reduce their grid electricity consumption by 20% to avoid rolling blackouts.

Diversifying the energy mix is key to increasing the grid’s reliability — the country is turning to wind farms and its vast natural gas resources for new sources of energy as the authorities rush to keep up with a fast-growing demand.

Many of these installations use combined heat and power (CHP), also known as cogeneration.

These plants harness the waste heat produced by the electrical generator sets and use it to power absorption chillers that air condition the buildings or provide heat for industrial processes.

With a combined electrical generation capacity of about 140 megawatts, São Paulo-based Ecogen provides onsite power generation to a customer base, which includes shopping malls, office buildings, hotels and industry.

The company has 21 cogeneration plants sited throughout Brazil, with the majority of the installations in São Paulo and Rio de Janeiro.

“We outsource this whole package because we understand customers need to focus on their core business—and it’s not producing electricity, chilled water or any other type of utility,” says Gustavo Marchezin, commercial director for Ecogen.

“With this approach they can save money in capital expenditures and put their money in their core business and have more reliability on their energy source — we have more expertise and provide better aftermarket support.”

The scale of Ecogen’s business is large — it has 130 generator sets in its portfolio, including 33 Cat gas generator sets and 38 Cat diesel generators that produce 84MW of combined power.

The power of cogeneration

In most cases, the power plants are operated remotely from a centralised SCADA system at Ecogen’s headquarters at the Rochaverá Corporate Towers complex in São Paulo.

The Rochaverá Corporate Towers complex occupies a privileged location on São Paulo’s new urban development axis, the Berrini-Chucri Zaidan hub on the south side of the city.

The concrete and glass buildings are arranged on the terrain’s diagonals to create a central square and three other adjoining squares running alongside the public thoroughfares, demarcating semi-public spaces without fences and open to the city.

Rochaverá Corporate Towers was the first building in South America to gain the LEED Gold certification given by US Green Building Council.

The 125,000 square-meter office complex incudes a cogeneration plant — owned, operated and maintained by Ecogen — that provides all electricity and air conditioning to the facility, as well as back-up power from diesel generators.

Depending on the price of natural gas, the gensets will run at less than full capacity in tandem with the grid to provide the office condominium with a reliable and consistent price of energy, according to Marchezin.

“Here at Rochaverá we are generating the base load of electricity that is complemented by grid power,” he says.

“The period from 5PM to 8PM is the peak time when power costs the most, so it’s during that time we are operating the cogen system.

“And when the price of natural gas is competitive during off-peak periods, or if the thermal demand requires we will operate the cogeneration system, as well.

“At the end of the day, the cogeneration plant helps us diversify and optimise power costs, and it saves tenants from the risk of blackouts while providing a price comparable to the grid.”

Another advantage is the ability to operate the CHP system in island mode during times of peak demand when grid power can become unreliable. By the end of May, the Rochaverá power plant had operated in island mode this year for 67 hours.

“During hot periods when everyone is running air conditioners the distribution line tends to be a little unstable.” Marchezin says.

“Distributed generation power plants can help with this — when we think this is going to happen we run on island mode and the building doesn’t feel anything.

“And during that entire time we were out of power for just six minutes — so for 67 hours we saved the condominium from having blackouts.”

A key component of Ecogen’s cogeneration strategy is utilising waste heat from the jacket water and exhaust gas to create hot water that is the input for the absorption chillers, which provide chilled water for air conditioning.

This results in higher efficiency and avoidance of additional cost from the grid.

At Rochaverá Corporate Towers, jacket water and exhaust heat recovered from the gensets produce 2,200 tons of chilled water through absorption chillers, resulting in the avoidance of 1.5MW from the grid.

This is complemented by another 2,300 tons generated by electrical chillers, while the use of waste heat to create chilled water for air conditioning is replicated at most of Ecogen’s cogeneration installations.

“The need we have in the offices is just for air conditioning,” explains Marchezin.

“We recover heat from the engine block, and instead of using a radiator to cool, we put a heat exchanger that takes the jacket water heat.

“After this stage, the water also passes through another heat exchanger that passes heat through exhaust gas.

“The water temperature is around 90-92 degrees Celsius and this water is sent to the chillers.”

Since 2010, Ecogen has reached an average of 95% availability at its cogeneration facilities during peak hours.

Marchezin says: “When we started we focused a lot on Caterpillar and our Cat supplier Sotreq — our strategy was to have a mini portfolio of the same engines and the same supplier so we could learn about it.

“Most of our generator fleet is comprised of Cat power, and Sotreq has two technicians dedicated to Ecogen.

“We are very well supported by them, and the level of parts in inventory is very good – we can handle some maintenance by ourselves, but we rely heavily on them.

“I follow everything that happens at our power plants, and at the end of the day they are the best prepared dealer compared to dealers who represent other equipment manufacturers.”