The Kinsevere expansion project is an open-pit copper and cobalt mining operation under development in the Katanga province, Democratic Republic of Congo.

MMG (originally Minmetals Resources), a company headquartered in Australia, is responsible for the development of the mine expansion project. Through its wholly-owned indirect subsidiary MMG Malachite, MMG acquired ownership in Anvil Mining in March 2012 that held a 95% stake in the Kinsevere project.

The Kinsevere copper mining expansion project is estimated to require an investment of approximately £380m ($500m) to £455m ($600m) for the construction of the new facilities at the site.

MMG approved the expansion project in March 2022 and the construction works are expected to commence in the same year. Cobalt production is targeted to begin in 2023, whereas the first copper cathode production from the sulphide body is expected to take place by 2024.

At full capacity, the Kinsevere expansion project is expected to increase the total annual production from the mine to around 80,000 tonnes (t) of copper cathode and 4,000t to 6,000t of cobalt in cobalt hydroxide with an estimated extended mine life of 13 years.

During the construction phase of the expansion project, the Kinsevere mine is expected to produce copper cathode from the existing oxide ore reserves. The expansion project will focus on the mining and processing of the sulphide orebody.

The project holds three deposits Tshifufia, Tshifufiamashi and Kinsevere Hill which are hosted by interbedded calcareous siltstones and silty dolomites of the Mines Group sediments.

Tshifufia is a structurally modified stratiform copper deposit and is also the main deposit. It is hosted in the moderately to steeply dipping Neoproterozoic sedimentary formation, which is part of the Roan group of the Katanga stratigraphy in the mine series subgroup of the Katangan African copper belt.

The oxide mineralisation appears as disseminated in recrystallised layers or infilling bedding plans, reactivated bedding, fractures and joints. The mineralisation is dominated by malachite and lesser pseudomalachite, hosted by highly altered dolomitic and argillaceous sediments. The sulphide mineralisation at Tshifufia consists of chalcopyrite in crosscutting veins and stringers, produced during the Lufilian Orogeny.

The Tshifufia and Tshifufiamashi deposits have a mineralisation strike length of about 1.3km, while the Kinsevere Hill deposit has a 1km strike length. Mineralisation is estimated to extend to a depth of 400m with up to 300m in width.

The Kinsevere mine was estimated to contain approximately 33 million tonnes (Mt) of copper ore reserves and about 29,000t of cobalt ore (contained metal), as of March 2022.

The Kinsevere project employs an open-pit mining method mostly with ground surroundings and does not require blasting. The mining is facilitated through a conventional truck and excavation operation.

The ore is processed through a processing plant followed by grinding mill operation. Acid leaching, solvent extraction, and electrowinning method are used for the production of copper.

The new infrastructure at the Kinsevere expansion project will comprise the installation of a flotation plant, a roaster system and a cobalt processing circuit. An existing solvent extraction electro-winning (SX-EW) plant will be integrated into the new facilities.

CMC’s subsidiary China Minmetals H.K. (Holdings) (Minmetals HK) owns a stake of approximately 67.68% in MMG, while the remaining 32.32% is owned by public shareholders.

La Générale des Carrierés et des Mines (Gécamines), a state-owned copper mining company, holds the mining rights for the Kinsevere mining licence (PE 528). Through a lease agreement with Gécamines, Anvil, through its subsidiary, MMG Kinsevere, gained rights for mining and processing of ore from the licence until 2024. 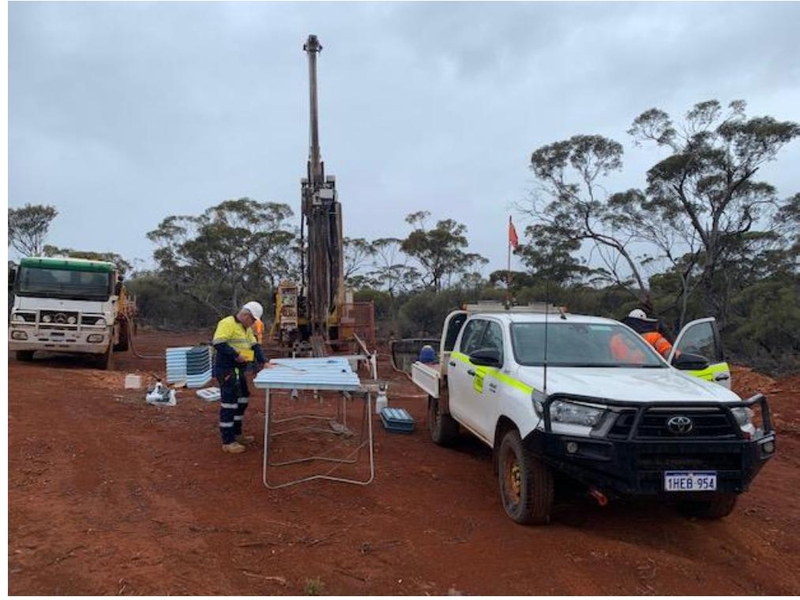