The Buritica gold project is expected to have an initial production capacity of 1.11 tonnes of gold a year 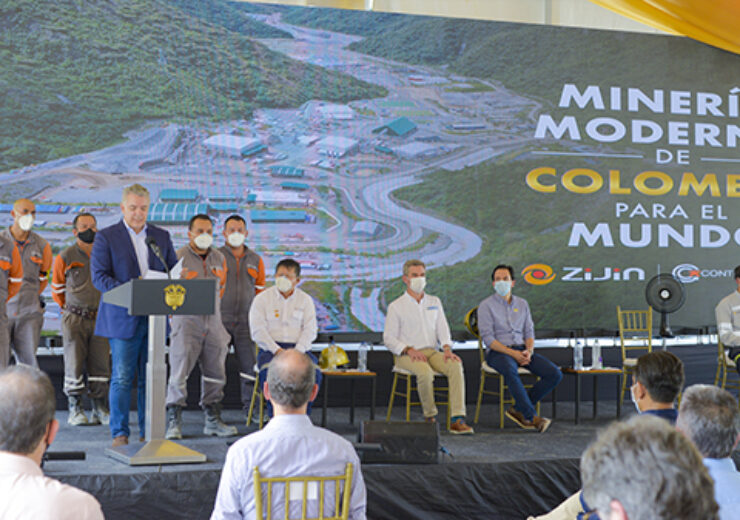 Officials during the commissioning of the Buriticá Gold Mine. (Credit: Zijin Mining Group Co., Ltd)

Chinese mining company Zijin Mining has completed and commenced production from the $610m Buriticá Gold Mine in Colombia.

Located in the mountain terrains of Middle Cauca belt, in north-western Colombia, the Buritica gold project is an ultra-high-grade large-scale gold mine.

The project is operated by Zijin-Continental Gold, a subsidiary of Zijin Mining.

The production of the mine is expected to be 2.18 tonnes of gold and 5.196 tonnes of silver in this year.

In a press statement, Zijin Mining said: “It is expected that the production capacity of the gold will reach 9 tonnes after the completion of the technical transformation next year, which will become a new important growth drive for the gold production of Zijin Mining.”

Buritica gold project to have 14 years of operational life

As per estimates, the mine has 353 tonnes of gold resources and an average grade of 9.3 g/t. It is expected to have an operational life of 14 years.

The mine has directly created more than 2,300 jobs and has the potential to create future job opportunities to reach 3,700.

Zijin Colombia executive president Chung Wang was reported by Reuters as saying in a statement: “Buritica is synonymous with legal mining, done well, which generates employment, complies with all legal requirements, and with environmental, safety and health standards at work.”

Newmont has supported Zijin Mining Group’s bid to acquire Continental Gold by selling its 19.9% equity stake and its convertible bond for $260m.