The Zambian state-controlled investment company will buy 90% stake in the copper assets from Carlisa Investments, a subsidiary of Glencore, in a debt-funded deal 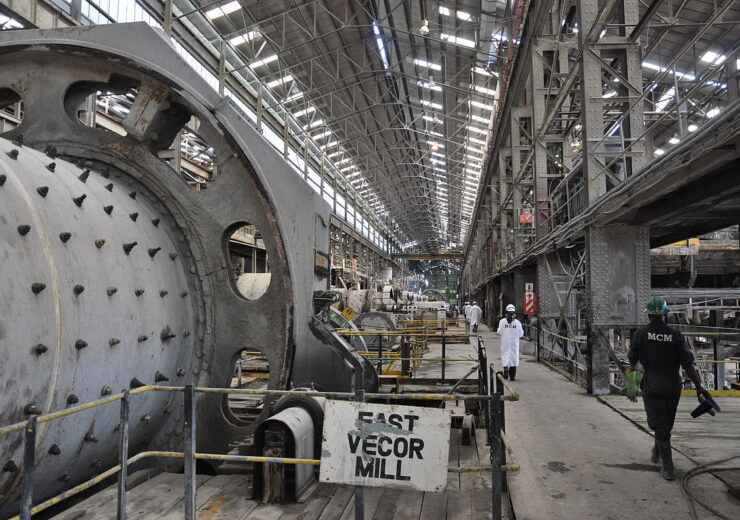 Inside view of a milling hall at Mopani Copper Mines. (Credit: photosmith2011/Wikipedia.org)

ZCCM Investments has signed a deal to take full ownership of the Mopani Copper Mines in Zambia by acquiring the remaining 90% stake from Glencore’s subsidiary Carlisa Investments in a transaction worth $1.5bn.

The deal is funded by debt provided by Carlisa Investments and also other members of the Glencore group. Upon closing of the sale, Glencore will retain offtake rights pertaining to copper production from the mines until the transaction debt has been fully repaid.

The deal will be subject to certain regulatory approvals in Zambia, approval of ZCCM’s shareholders and board of directors, following which, it is likely to close in the next three months.

Glencore stated: “As ZCCM is the holder of 10% of the voting rights in Mopani, a subsidiary undertaking of Glencore plc, the transaction falls within the criteria set out in Listing Rule 11.1.10R. Accordingly, Glencore has obtained written confirmation from a sponsor that the terms of the transaction are fair and reasonable as far as Glencore shareholders are concerned.”

The mining major has a stake of 81.2% in Carlisa Investments, while the remaining 18.8% stake is held by First Quantum Minerals.

Glencore, which has a 73.2% stake in the Mopani Copper Mines, halted operations at the assets in April 2020, citing the Covid-19 pandemic, low copper prices, and other problems. Since then, Glencore and the Zambian government have been in discussions on the future of the mines.

In September 2020, Zambian Mines Minister Richard Musukwa said that an eventual takeover by the government of the Mopani Copper Mines will protect several thousands of jobs associated with its operations. Musukwa also said that the Zambian government after the takeover would seek a business partner for operating the copper mines.

Located in the copperbelt of central Zambia, Mopani has been producing copper cathodes.