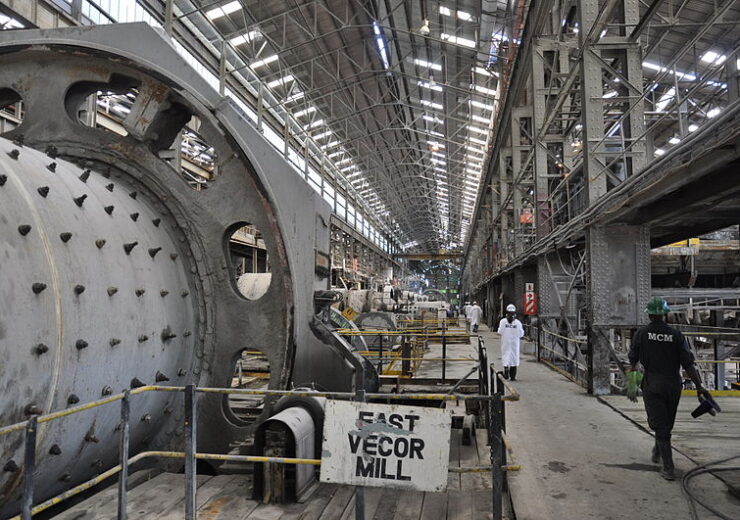 The Mopani mine is located in the Copperbelt of central Zambia. (Credit: photosmith2011/Wikipedia)

Zambia Ministry of Mines and Minerals Development has rejected the mining license of Mopani Copper Mines (MCM), a subsidiary of Glencore, citing low copper prices and interruptions due to Covid-19 pandemic.

Mopani, however, plans to appeal against the decision of the country’s mines ministry and suspend operations at the mine subject to appeal process outcome.

Zambia’s Mines Minister Richard Musukwa was quoted by Reuters as saying: “We are open to dialogue because we want what’s best for the people of Zambia and Mopani is strategic to [our] economic trajectory.”

In April 2020, Mopani halted operations at the mine because of the pandemic and various other problems.

The decision triggered severe criticism from the Zambian government, resulting in restart of mining operations, after a month.

Mopani was reported by the news agency as saying: “Mopani remains of the belief that the only way to protect the company’s value and preserve the option to deliver its growth projects when conditions further improve is to transition the operations to C&M (care and maintenance).”

Glencore owns a 73.1% stake in Mopani Copper Mines while other partners include First Quantum Minerals with 16.9% interest and 10% by Zambia’s mining investment arm ZCCM-IH.

Located in the Copperbelt of central Zambia, the Mopani mine produced 119,000 tonnes (t) of copper in 2018.

In 2017, Mopani Copper Mines said it was considering closing several areas of its operations due to power crisis. The move was expected to affect close to 5,000 employees.