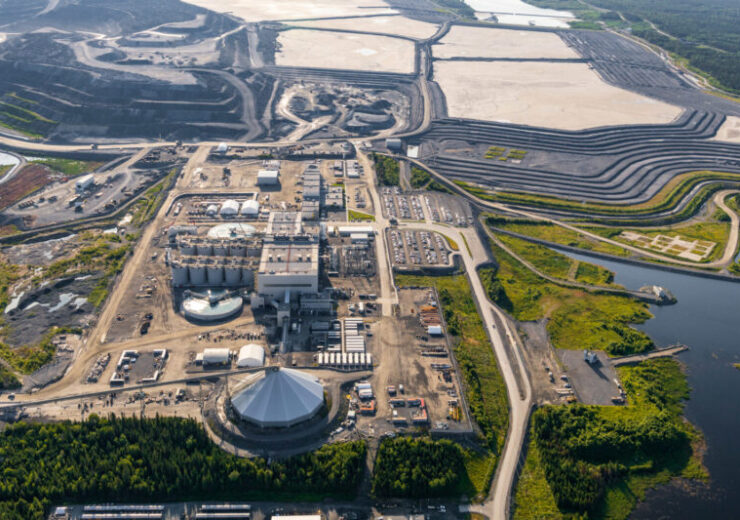 Ore from the Odyssey mine will be processed at Canadian Malartic Mine’s existing plant. (Credit: CANADIAN MALARTIC MINE)

Yamana Gold and Agnico Eagle have approved a construction decision on their CAD$1.7bn ($1.33bn) Odyssey project at their Canadian Malartic Mine in Quebec, Canada.

The underground gold project involves the development of the continuity of the deposit in the Canadian Malartic and Barnat pits via four main mineralised zones at depth.

Work on the surface infrastructure required to mine the zones, which includes an exploration ramp, was started by the partners in December 2020.

In the coming days, the Canadian Malartic Mine partners plan to file an amended application with the Québec Ministry of the Environment and the Fight against Climate Change (MELCC). The application will include the East Gouldie and East Malartic zones, among others.

Canadian Malartic Mine general manager Serge Blais said: “While the process by which the government authorises us to mine all of our mineralized zones is well underway, the announcement of our partners’ investment is a major step forward.

“One of Canada’s largest underground gold mining projects will come to fruition right here in Malartic. The future mine’s life is expected to extend until 2039 and operations could continue well beyond that, given the deposit’s significant potential.”

Initial production at the Odyssey project is slated to begin in 2023 from the underground ramp.

According to Agnico Eagle, shaft sinking and development for accessing the higher-grade East Gouldie deposit is likely to continue till the end of 2028.

Beginning from 2029, the Odyssey mine is estimated to yield an average of 545,400 ounces of gold per annum, said the company.

With an expected 17-year mine life, the underground gold mine is projected to have a total payable gold production of around 6.93 million ounces.

The ore produced from the Odyssey mine will be processed at the existing plant of Canadian Malartic Mine.

The Odyssey mine will make use of automated trucks, an LTE mobile communication network, and on-demand ventilation among others.

Agnico Eagle has also approved the Amaruq underground gold project, which will be developed as a satellite deposit to the company Meadowbank Mine in Nunavut Territory, Canada. The first gold production from the Amaruq is expected to be achieved in 2022.