Siemens Gamesa will supply 103 SG 8.0-167 DD turbines with a capacity of 9MW each and a rotor diameter of 167m for the 927MW German offshore wind farm to be built in the Baltic Sea 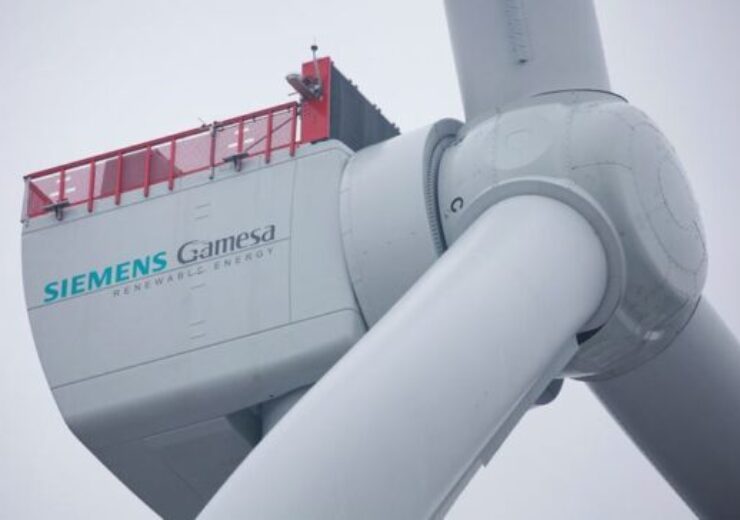 Wpd has started the implementation of the 927MW Gennaker offshore wind farm in Germany by signing a master supply agreement with Siemens Gamesa Renewable Energy (SGRE) for 103 turbines.

The offshore wind farm will be built in the Baltic Sea, 15km off coast near the Darß peninsula. Each of its turbines will have a capacity of 9MW and a rotor diameter of 167m.

The turbines are a part of the SG 8.0-167 DD turbine family, said Siemens Gamesa.

Installation of all the Siemens Gamesa offshore Direct Drive machines is anticipated to be wrapped up in 2026.

The master supply agreement will be subject to certain conditions that include the confirmation of the date for grid connection, which is expected during the second half of next year.

Siemens Gamesa offshore business unit CEO Marc Becker said: “Signing this giant 927-MW Master Supply Agreement with wpd for Gennaker is excellent news. It is extremely energising for us, as we aim to supply our customer on one of the largest offshore wind power plants planned for the Baltic Sea.

“Our solid collaboration based on four other projects will be strengthened by deploying our reliable, proven Direct Drive offshore wind turbines. Simultaneously contributing to achieving the German government’s ambitious offshore wind goals only adds to our anticipation.”

Wpd said that tendering process for the other key components and installation vessels for the Gennaker offshore wind farm is going on simultaneously.

The German energy company claimed that Gennaker will be the most powerful offshore wind project in the Baltic Sea to date. It further stated that the project will make a key contribution to the German government’s plans and targets for expediting the energy transition.

Wpd COO Achim Berge Olsen said: “Today’s signing of the Master Supply Agreement shows our dedication to the time schedule hitting its peak with the installation in 2026.

“The success will depend on the smooth cooperation between authorities, grid operators, and contractors. With Siemens Gamesa, we have chosen a very reliable partner who are performing at the top of the industry in terms of quality and timely delivery.”

Recently, wpd signed a deal to divest its offshore wind business to Global Infrastructure Partners (GIP) for an undisclosed price.