The Winchester South Project involves the construction of a new open-cut coal mine, a coal processing plant, and a rail loop 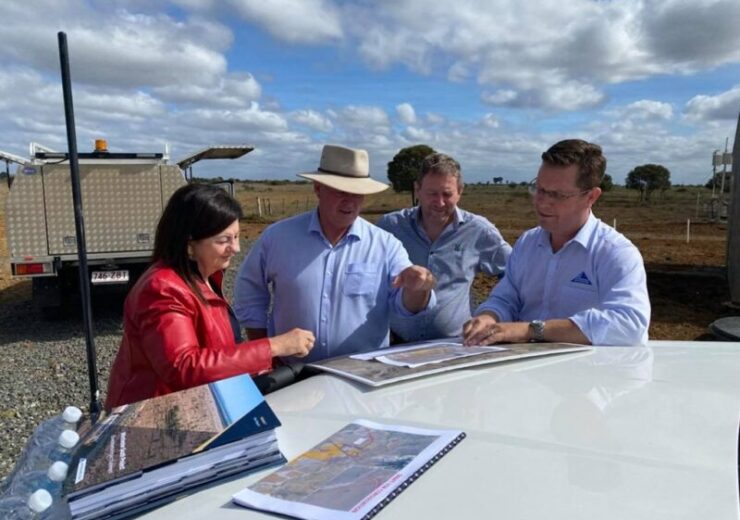 Minister Scott Stewart (second from left) at the site of the proposed Winchester South Project. (Credit: The State of Queensland)

According to the regional government, the release of the draft EIS marks a step closer to creating 1,000 new jobs in Queensland for the construction and operation of the metallurgical coal mine. Apart from that, the coal mine will generate over AUD500m ($370.34m) in royalties.

The project’s EIS outlines the proposed design, the potential environmental and socio-economic impacts, as well as the prospective benefits.

As per the EIS, the Winchester South Project involves the construction of a new open-cut coal mine, a coal processing plant, and a rail loop. The role of the rail loop will be to connect the project with the existing Bowen Basin coal rail network thereby giving access to various ports.

Queensland Resources Minister Scott Stewart said: “This project will be a massive jobs and business boost for Central Queensland and the Isaac region particularly, with those benefits extending east to Mackay.

“Ongoing investment in our resources sector continues to underpin Queensland’s economic recovery plan and prove that Queensland is the place to be when it comes to resources investment.”

The Queensland government is now seeking public feedback on the Winchester South Project. The public notification period will be open for six weeks until 15 September 2021 to allow community members and other stakeholders to have their say on the proposed coal mining project.

Whitehaven Coal managing director and CEO Paul Flynn said: “This Project will support ongoing economic development in regional Queensland and importantly in the customer countries where the product will be used. We encourage any interested parties to have a say as part of this public notification process.”

The Winchester South Project is located 30km south-east of Moranbah, in the Bowen Basin Project.

It is estimated to yield up to 11 million tonnes per annum (tpa) of primary metallurgical coal product for the steel industry and a secondary thermal coal product to be used for generating electricity.

At full capacity, the coal mine will target run-of-mine (ROM) production of up to 17 million tonnes per annum of coal to cater to the international market for nearly 30 years.

The Winchester South Project was acquired by Whitehaven Coal in 2018 from Rio Tinto and Scentre Group.