What is Bradwell B? Upcoming nuclear power station by CGN and EDF Energy

the proposed Bradwell B nuclear station has the potential to serve the UK's energy needs with a 2.3GW capacity 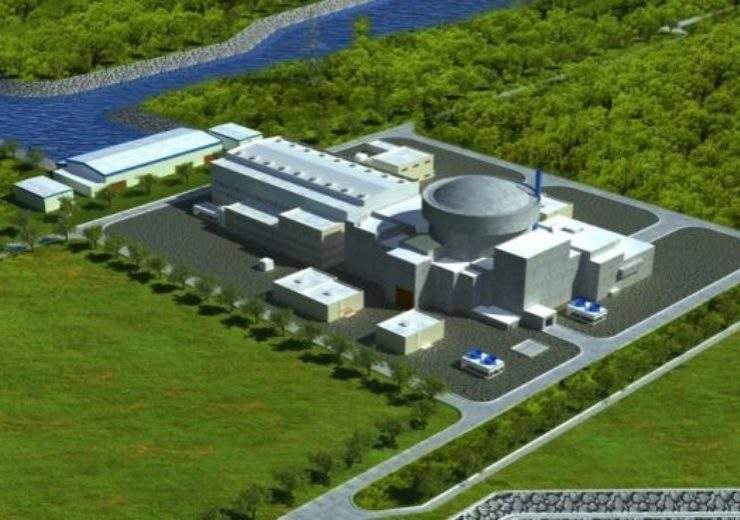 Artist's impression of the planned Bradwell B nuclear power plan

Contributing to the growing list of planned nuclear power plants in the UK is upcoming facility Bradwell B.

Long-term industrial partners China Genera Nuclear Power (CGN) and EDF Energy are again working together – taking 66.5% and 33.5% shares respectively – to build the station at a site in Bradwell-on-Sea, Essex.

The duo are currently developing two other nuclear plants: Sizewell C in Suffolk and Hinkley Point C in Somerset.

What is Bradwell B?

The proposed Bradwell B location is situated next to the decommissioned Bradwell A nuclear power station at a 183-hectare site the government deemed suitable for new nuclear build in 2011.

The project is in its infancy, with multiple consents and permissions still required before construction can begin, including a development consent order (DCO), a nuclear site licence and various environmental permits.

Chinese state-owned CGN and French firm EDF will conduct joint marine surveys and ground investigations over the coming years, in addition to multiple public consultations before development begins in earnest.

The two energy companies plan to use a HPR1000 reactor, which will provide 2.3 gigawatts (GW) of capacity and has been designed to optimise the use of nuclear fuel while minimising the amount of radioactive waste it produces.

A spokesperson for CGN UK has said the total cost of the project remains unknown for the moment.

But for context, the stalled new-build projects at Moorside, in Cumbria, and north Wales’ Wylfa Newydd, were tipped to cost £15bn and £20bn respectively.

Founded more than 30 years ago, CGN is a Chinese global clean energy company that specialises in hydropower, wind and solar – as well as nuclear power, fuel and financing.

The company has built more nuclear reactors than any other in operation today, with 22 nuclear units currently functional in China alone, making for a total capacity of 24.2GW – roughly half of the country’s installed capacity.

It has plans to expand more substantially into Europe, with the ambition of introducing 3GW of renewable capacity to the continent over the next three years, which would make CGN its leading provider.

Meanwhile, EDF Energy is the largest producer of low-carbon electricity in Britain and supplies roughly 20% of the country’s demand via its eight nuclear power stations, more than 30 wind farms, one gas and two coal power stations.

The company employs more than 13,000 people in the UK and is a subsidiary of EDF Group, which is the world’s biggest electricity generator, supplying energy and services to approximately 37 million customers.

In light of the coronavirus pandemic, Bradwell B’s Stage One consultation has been extended to 11:59pm on 1st July 2020.