VVC Exploration Corporation (“VVC” or the “Company”) (TSX-V:VVC) is pleased to announce that it has received an updated Resource Estimate (the “2019 Resource Estimate”) for its Samalayuca property in northern Chihuahua state, Mexico. 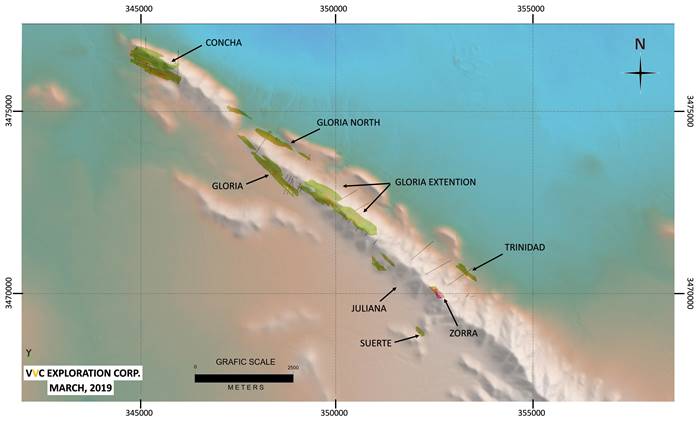 “I am particularly pleased for VVC to be able to share this Resource Estimate with investors.  The 2019 Resource Estimate highlights the continued progress of the Company toward the stated goal of ‘Pilot Mining’.  There are numerous additional steps necessary before pilot mining can occur to be covered in future news release, but this Resource Estimate, more than any other communication by the Company, will provide shareholders with an understanding of the significant potential of the Samalayuca Copper Property.

“Over the last two years of drilling results from VVC’s Samalayuca project, it was difficult to convey to shareholders the significance of the results of the drilling campaign and the ongoing exploration program in Samalayuca.  The 2019 Resource Estimate was generated using all exploration data up to December 2018.  Whereas, the previous resource estimate in 2013 showed only an Inferred Resource, now both Indicated and Inferred Resources are being reported.  With a base case resource of 59.40 million pounds of copper indicated and 89.33 pounds of copper inferred, VVC has solid basis for treating Samalayuca as an attractive, viable project.”