Vattenfall has signed a power purchase agreement (PPA) for offshore wind farm Kriegers Flak, which is being developed in the Baltic Sea. 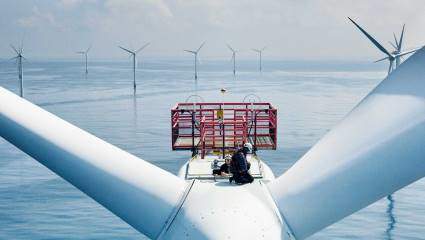 Vattenfall Nordic business sales  vice president Branislav Slavic said: “Vattenfall is the largest developer of offshore wind in Denmark. Not least due to Kriegers Flak in the Baltic Sea, which will be Denmark’s largest wind farm.

“We are experiencing an increasing demand from businesses to buy 100 percent renewable energy. This agreement is a result of that, and we are looking forward to cooperating with Novo Nordisk and Novozymes.”

The PPA signed by Novo Nordisk, Novozymes and the energy company Vattenfall will come into effect from 1 January 2021.

Between then and 2021, Vattenfall will supply power from its other wind farms in Denmark.

Located in the Baltic Sea 15-40 kilometres from the Danish coast, the Kriegers Flak offshore wind farm is scheduled to be in full operation by the end of 2021.

With a production capacity of just over 600MW, the offshore wind farm will include 72 turbines which have a rotor diameter for 167 meter and a height of 188 meter.

The £300m project, which is claimed to be Scotland’s largest offshore wind test and demonstration facility, has delivered electricity to the UK National Grid from the first wind turbines, via 66kV subsea cabling.