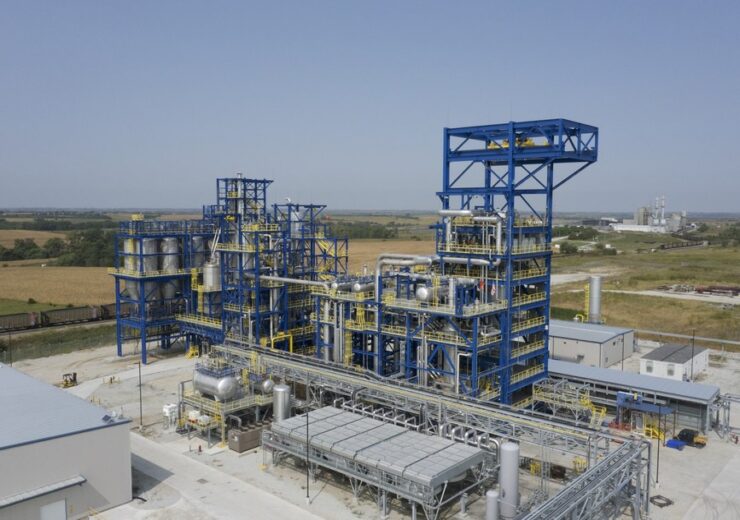 To facilitate the proposed $1 billion expansion of its Olive Creek facility, Monolith Materials, Inc. (Monolith) and Nebraska Public Power District (NPPD) signed a letter-of-intent to procure enough renewable energy resources to generate two million megawatt-hours annually. NPPD will secure the generation resources and power to the facility will be delivered by Norris Public Power District, a wholesale customer of NPPD.

“Renewable electricity is the primary input to our proprietary process,” said Rob Hanson, co-founder and chief executive officer of Monolith. “While affordability and reliability are key business considerations, the sustainability of our power supply is also a critical factor for Monolith. We use this renewable electricity to sustainably make essential products for the automotive, industrial and agriculture sectors.”

A $100 million investment, Olive Creek 1 (OC1), Monolith’s first production facility, is already putting into practice the company’s focus on sustainability, utilizing renewable energy credits to offset 100% of its electricity needs. With this agreement, Monolith plans a mix of solar and wind generation resources along with energy storage to provide sufficient renewable power to offset the renewable power needs of its OC1 facility along with its OC2 expansion.

NPPD President and CEO Tom Kent said NPPD will solicit bids for the project through a request for proposals (RFP) for new wind or solar generation, including energy storage, through a Power Purchase Agreement.

“The approximately two million megawatt-hours of generation would create a sufficient number of renewable energy credits (RECs) to meet 100 percent of Monolith’s average annual energy usage and meet their environmental and sustainability goals,” Kent said. “While we are adding additional generation resources, NPPD will continue to maintain our highly competitive rates, which was one of the reasons Monolith moved its operations to Nebraska.” Kent noted that to reach that generation figure, the renewable resource projects could be comprised of wind, solar, or a mix of the two.

NPPD is expecting to enter into power purchase agreements by Sept. 1, 2021, with commercial operations expected to begin no later than Dec. 31, 2025.  NPPD plans to issue the RFP in March 2021. A shortlist will be developed for further negotiations.