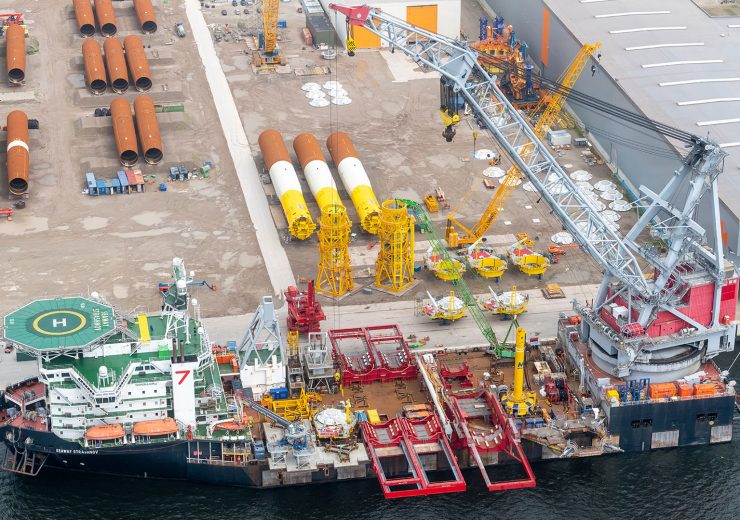 The construction has started with the departure of the first vessel transporting the monopile foundations, which will be installed at water depths of 17m-28m over the coming months.

The first turbines at the project are expected to begin operations by 2022, while the entire offshore wind power project is anticipated to be commissioned in the summer of 2023.

Once commissioned, Hollandse Kust Zuid will be one of the world’s largest offshore wind farm, with 140 turbines. It will be located nearly 18km off the coast of The Hague and Zandvoort.

Hollandse Kust Zuid project director Ian Bremner said: “Over the next few months, we will already install dozens of foundations. During the winter there is a scheduled break, as sea and weather conditions are often too poor to work safely.

Vattenfall is building the offshore wind farm in partnership with BASF, which has signed a contract for the purchase of 49.5% stake in the wind farm for €300m.

A significant part of the electricity generated at the offshore wind farm households and small businesses in the Netherlands, while BASF will use its electricity share to support chemical production in sites across Europe.

The wind farms are expected to generate about 350MW of electricity, which will be enough for the consumption of 380,000 Danish households.