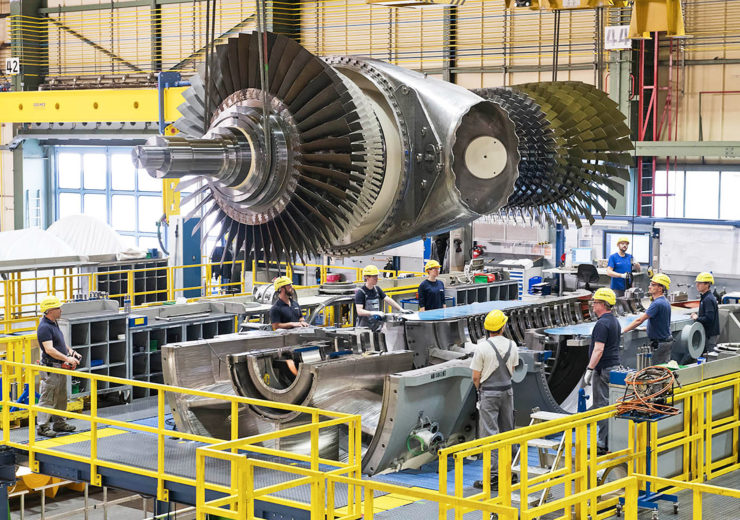 The picture shows the inserting of the rotor into the gas turbine for the combined heat and power plant Berlin-Marzahn. (Credit: Siemens.)

Built by Siemens Gas and Power as general contractor, the gas-fired plant will supply electricity and district heating in the eastern parts of the German capital.

Claimed to be one of the most efficient in Europe, the facility has an installed capacity of 230MW of heat and 260MW of electricity and is powered by Combined Cycle Gas Turbines (CCGT).

Siemens Energy Managing Board member Jochen Eickholt said: “Normally we deliver our gas turbines all over the world. Today, however, we are pleased to be able to commission a gas turbine from Berlin for Berlin.

“Siemens Energy is also at home here in Berlin and we are an important employer here. With the new combined heat and power plant, almost a quarter of a million tons of CO2 are avoided each year, which corresponds to the typical emissions of around 125,000 cars. This is how we support the capital on its individual path to climate neutrality.”

The power plant will reduce 240,000 tonnes of CO2 emissions annually

The power generated by the plant will supply power to about one million inhabitants, while offsetting 240,000 tonnes of CO2 emissions annually.

Vattenfall Heat Berlin head Tanja Wielgoβ said: “Vattenfall has invested more than EUR 300 million in the Marzahn plant and a total of around EUR 1 billion in the past ten years to reduce carbon dioxide emissions from our district heating, district cooling and electricity production in Berlin.”