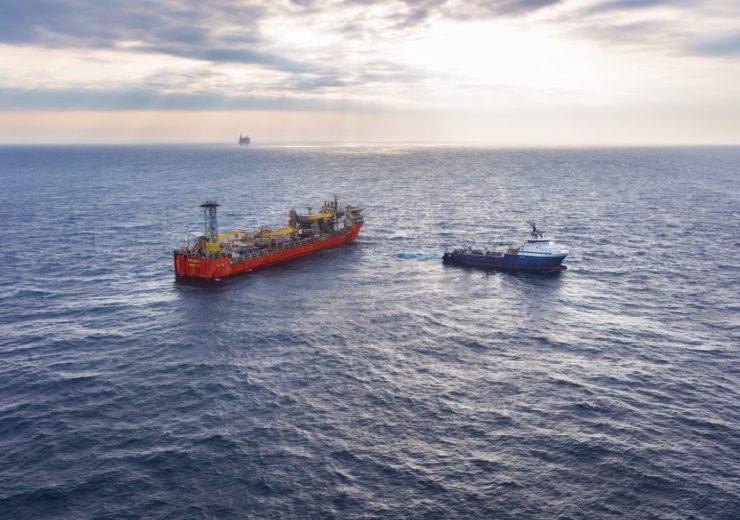 The Balder Future project will also involve prolonging the lifetime of the Jotun A FPSO. Photo: courtesy of Vår Energi AS.

Vår Energi and its partner Mime Petroleum are seeking approval for the NOK19.6bn ($2.17bn) Balder Future project in the North Sea from the Norwegian government.

The partners have submitted a revised plan for the development and operations (PDO) for the Balder and Ringhorne fields under the project to the Norwegian Ministry of Petroleum and Energy, seeking approval to extend their production lifetime to 2045.

The offshore Norwegian project will see the drilling of thirteen new production wells and one new water injection well on the Balder field with a goal to recover 136 million barrels of oil equivalent (Mboe).

The Balder Future project will also involve prolonging the lifetime of the Jotun A floating production storage and offloading vessel (Jotun A FPSO).

The Balder field, which is contained in production license PL 001, has been in production since 1999. As per current production estimates, the redevelopment project will give the license a total lifespan of more than 80 years, said Vår Energi.

Vår Energi CEO Kristin Kragseth said: “We are proud to carry the PL 001 legacy forward, and by utilizing existing infrastructure, we contribute to good resource management on the NCS. For Vår Energi this is a major step, and we are proud to be the operator of the Balder Future project, which will be one of the largest projects on the NCS the coming years.”

Balder Future project is expected to begin production in 2022

Apart from the new production wells, the project will involve the drilling of extra subsea infill wells, and new wells from the neighbouring Ringhorne platform.

Mime Petroleum executive chairman Sverre Skogen said: “Realisation of the Balder Future project and PDO proves that a new and ambitious operator together with a committed partner can prolong and redevelop a field thought to be heading towards abandonment.”

“The Balder/Ringhorne assets are among the largest and highest quality fields in Norway and we believe the new partnership will more than double its recoverable reserves.”