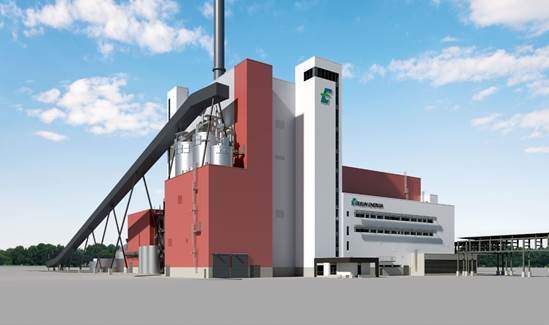 The order will be included in Valmet’s second quarter of 2018 and the system is planned for commissioning next year. Operations at the 215MW biopower plant are expected to begin by the end of 2020.

Valmet stated that for this plant, it will deliver its Valmet DNA automation system, safety-related systems, an information management system, including applications for emission monitoring and power plant key performance indicator (KPI) calculations.

The biopower plant will operate on multifuel principle, which will include 70% wood, 15% recycled fuels and 15% peat. The plant will support Oulun Energia’s goal to attain carbon neutrality.

Once the plant begins operations, it will replace the Toppila I power plant unit. The old plant will not be able to meet new environmental requirements set to come into force in 2020 and will be removed from production. The Toppila II power plant unit, in use since 1995, will continue to produce energy until the end of its lifecycle, estimated to be in 2035.

Oulun Energia project director Jukka Salovaara said: “With Valmet DNA automation solution, we will have the ability to interconnect our Laanila and Toppila plants, and optimize their energy production efficiency.

“Moreover, having both equipment and control technology from a single supplier will allow the Laanila facility to be a seamlessly operating unit, benefiting from ever-more streamlined and controlled processes.”

Earlier this year, Valmet had agreed to supply the core equipment of the Laanila plant, including the multifuel boiler and the flue gas cleaning and condensing plant. The project has now been extended to include a Valmet DNA automation system to control and support operations throughout the entire facility.

Valmet automation sales director Olli Koivumäki said: “We are glad to be able to continue and further deepen our cooperation with Oulun Energia. Equipping the new plant with a Valmet DNA automation system is especially meaningful in this project, since both the boiler and the flue gas treatment plant will also be supplied by Valmet.”

The order is planned for fulfillment in 2020. The new plant will have an annual production of 50,000 tonnes of cellulosic ethanol, will be produced in southwestern Romania.