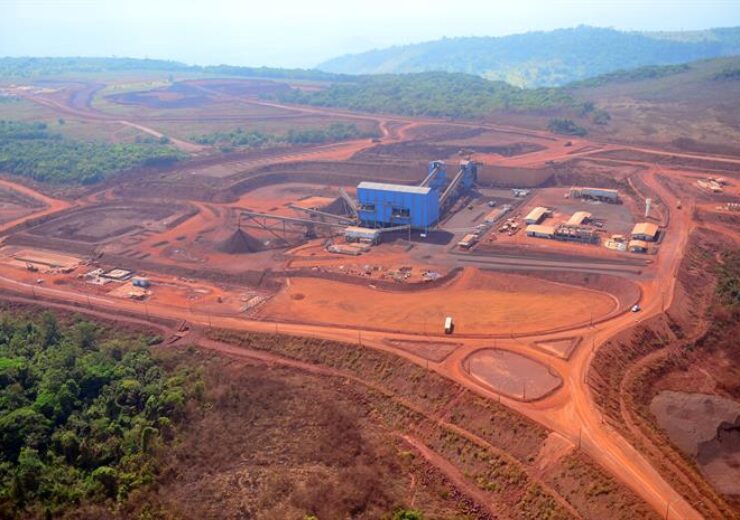 Aerial view of the processing plant at the Serra Leste mine. (Credit: Salviano Machado/Vale)

Vale has secured approval from an environmental regulator in the Brazilian state Pará for the expansion of its Serra Leste iron ore mine.

The Brazilian miner has been granted the installation licence (LI) by the Environment and Sustainability Department of the State of Pará (SEMAS).

The installation licence follows a preliminary licence granted by SEMAS in June 2020 for the expansion of the mine, which is part of its Northern System.

Operations at the iron ore mine, located 50km from the city of Curionópolis, had been stopped since January 2019. The closure was announced after it had reached the limit of the area that was licenced previously to the company for the extraction of iron ore.

Vale stated: “In the coming weeks, maintenance will be carried out for the safe resumption of operations in December.”

The Serra Leste mine has a production capacity of six million tonnes per year (Mpty). It is anticipated to produce nearly 4-5Mtpy in 2021, and reach its full capacity in 2022, after ramping up the planned resumption activities.

The expansion project at the iron ore mine involves the adaptation and repowering of the existing processing plant. The project is expected to result in a capacity upgrade to 10Mpty, with start-up likely to be achieved in the first semester of 2023, said the Brazilian miner.

The expansion project at the Serra Leste mine is estimated to create 1,300 construction jobs and nearly 1,100 jobs for its operations.

Vale is taking up another expansion project, which is for its Serra Sul 120 iron ore mine in the municipality of Canaã dos Carajás, with an investment of $1.5bn.