The three structures include Auxiliar Dike of Dam 5 at Águas Claras Mine, in Nova Lima municipality, the Dike 3 of the Pontal System at Cauê Mine, and the Ipoema Dam at Meio Mine, in Minas Gerais, Brazil 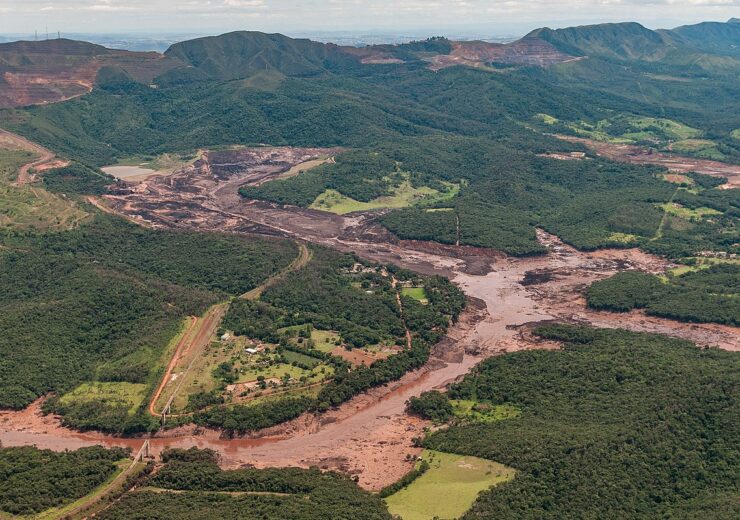 The rupture of a dam at Vale in Brumadinho. (Credit: Vinícius Mendonça/Ibama/Wikipedia)

Brazilian mining company Vale announced that it has eliminated three additional upstream structures in Brazil, as part of its ‘Upstream Dam De-Characterisation Programme’.

De-characterisation refers to reintegrating the structure into the environment to ensure that it no longer serves as containment of tailings.

The three structures include Auxiliar Dike of Dam 5, located at Águas Claras Mine, in Nova Lima municipality, Minas Gerais, Dike 3 of the Pontal System, located at Cauê Mine, and the Ipoema Dam at Meio Mine, both in Itabira, Minas Gerais.

With the current announcement, Vale removed 40% of the structures under its Upstream Dam Decharacterisation Programme.

The company eliminated 12 structures since 2019, including five this year.

The engineering activities, preliminary actions, and related works are already ongoing for all the remaining structures under the decharacterisation programme, said Vale.

The upstream heightening method includes constructing the body of the geotechnical structure from the thick tailings deposited in the reservoir, by successive stratification and in the opposite direction to the flow of upstream water.

The same construction method is used for the Brumadinho dam, which collapsed in January 2019, resulting death of 270 people.

Following the Brumadinho dam collapse, the Brazilian regulations approved decharacterisation of the company’s upstream dams on a specified timetable.

Vale said that the safety of people and communities downstream of its operations, along with the safety of all its structures is its priority.