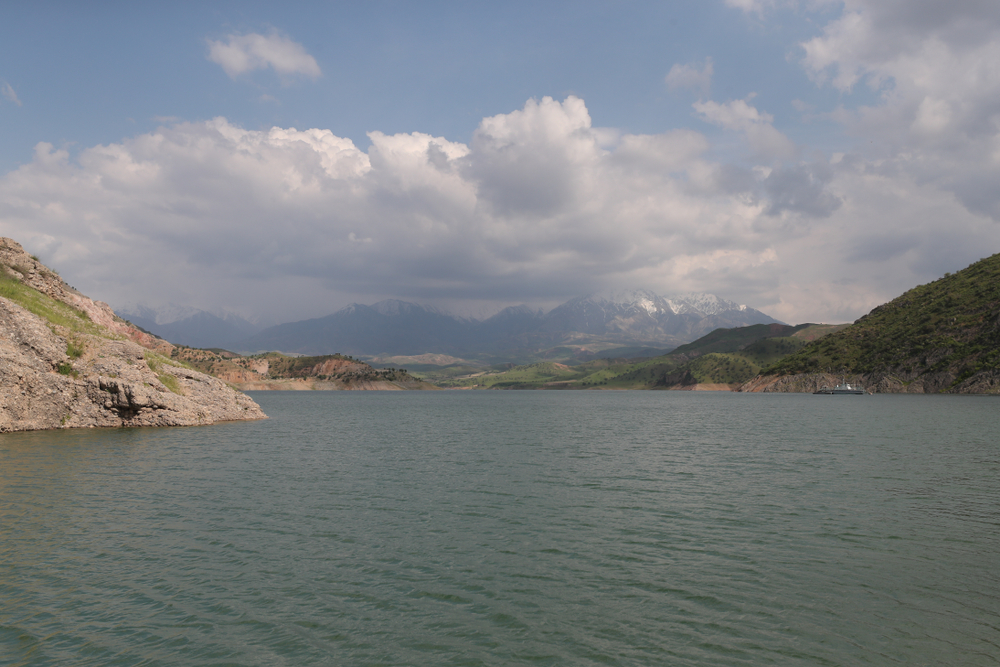 The three new power plants will be built in the Kashkadarya region of Uzbekistan (Credit: Shutterstock/kamancherro)

JSC Uzbekhydroenergo is to build three new hydropower plants on the Aksu River in Uzbekistan. International Water Power & Dam Construction spoke with Abdugani Sanginov, chairman of the board of JSC Uzbekhydroenergo, to find out more details on the new developments.

In early September, it was announced that the Asian Development Bank (ADB) had agreed to lend $60m to Uzbekistan’s state hydropower producer and developer JSC Uzbekhydroenergo to support implementation of the country’s ambitious national energy strategy to generate a quarter of all electricity from renewable sources by 2030, including 3.8 gigawatts (GW) of hydro energy.

The loan, agreed on a 25-year term, follows the recent announcement of a new 20-year, €55.8m ($68.3m) loan from the French Development Agency to support investment projects in Uzbekistan’s hydropower sector.

The ADB loan will be used towards the construction of three new hydropower plants on the Aksu River, with a total installed capacity of 24 megawatts (MW) – the 10.3MW Tamshush project; 7.5MW Chappasuy project; and the 6.2MW Rabat project.

Of the $60m from the ADB, $23.6m will be used for procurement of machinery and equipment, $21.6m has been allocated for construction and installation works and the remaining proceeds will be used to manage the project and cover pre-project costs, create a high-voltage network and finance the selection of general contractor through a tender organised with the ADB.

Feasibility studies for the new hydropower projects were carried out with the support of international financial institutions and foreign governmental bodies in line with Ministry of Finance and Ministry of Investment and Foreign Trade of Uzbekistan guidelines.

The new hydropower projects, which are scheduled for commissioning in 2022, will add 97.5 million kilowatt-hours (kWh) of cheap and environmentally friendly electricity production, annually. They will create over 40 jobs, increase hydropower’s share in the country’s energy balance, save fuel resources and meet the growing demand for electricity.

The projects complement Uzbekhydronergo’s “Project Factory” initiative, which is already underway and promoting the development and implementation of new investment projects based on modern technologies.

Abdugani Sanginov, chairman of the board of JSC Uzbekhydroenergo, provides more details on the projects.

Can you provide details and background on the “Project Factory” initiative? How important is hydropower in this initiative?

Project Factory is an ongoing JSC Uzbekhydroenergo initiative promoting the development and implementation of new hydropower investment projects based on modern technologies. A total of 23 projects with projected capacity of 907.5MW, worth $1.57bn are currently underway.

By the end of 2020, it is expected that six projects with additional capacity of 118.3MW will have been commissioned.

Can you provide details on the three hydropower projects to be supported with the recent loan from the Asian Development Bank?

The Asian Development Bank loan will finance construction of the Rabat, Chappasu and Tamshush small hydropower plants in the Kashkadarya region.

These hydropower plants are located in the Shakhrisabz district of Kashkadarya region, upstream of the Gissarak reservoir.

Commissioning of these plants is planned for 2023 and equipment for construction will be determined via an international tender.

Are other banks helping to support hydropower development in the country?

A number of international financial institutions including the Asian Development Bank, the French Development Agency, the International Development Association, the European Bank for Reconstruction and Development, the Russian state development corporation VEB.RF and Eximbank of the PRC are involved in the financing of hydropower projects in Uzbekistan.

With the support of such international partners, Uzbekistan is making great strides towards its ambitious renewable energy goals for 2030.

Are there other new planned hydropower projects in development you can provide details on?

Will you be working on refurbishing existing hydropower projects as well as these new projects?

How much impact has Covid-19 had on your planned and ongoing hydropower projects?

Global travel restrictions – due to the pandemic – have restricted travel for certain foreign specialists and international experts.

However, in August 2020, we still completed the three-year, $27.6m modernisation of the Kadyrinskaya hydropower plant on schedule.

During the past few months of this project, employees and contractors worked around the clock under special quarantine conditions.