The UK-based energy company has entered into a lease agreement with Portland Port to develop the proposed integrated energy-hub, which includes a hydrogen-ready salt cavern storage, at the former Royal Navy port in Dorset 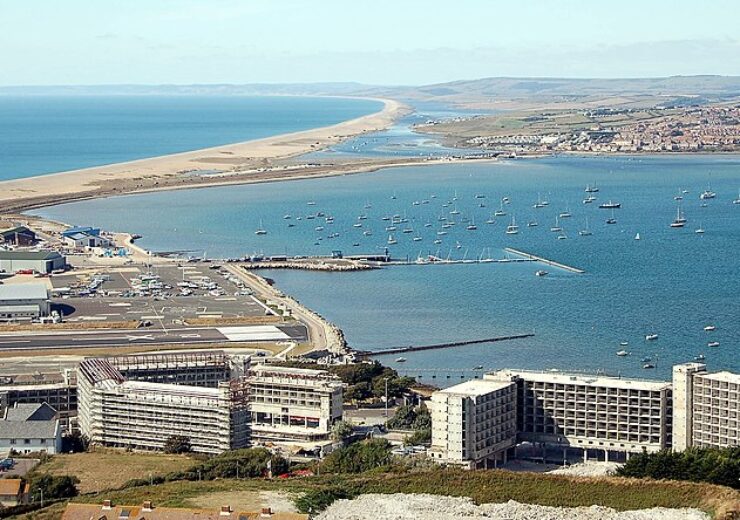 The hydrogen-ready energy storage project will be located at the former Royal Navy port in Dorset. (Credit: Steinsky/Wikimedia Commons)

UK Oil & Gas (UKOG) has revealed plans to develop a hydrogen-ready energy storage project in England, which will be centred around gas storage and a green hydrogen generation capability.

In this regard, the company’s fully-owned subsidiary, UK Energy Storage (UKEn) has signed an agreement to lease (A2L) with Portland Port (PPL).

The lease agreement covers two sites at the former Royal Navy port in Dorset where the proposed integrated energy-hub will be located.

According to UK Oil & Gas, the hydrogen-ready energy storage project will be subject to receiving new planning consent and the required development finance.

UKOG chief executive Stephen Sanderson said: “It’s hard to recall a time in recent history in which the critical importance of energy security and the resilience of the UK energy system has been so much in the public and governmental eye.

“UKOG is therefore delighted to announce the intention to develop an infrastructure project, fully in keeping with the government’s new British Energy Security and Hydrogen Strategies and National Grid’s 2021 Future Energy Scenarios (“FES”), that could both materially strengthen the UK energy system’s resilience to supply and demand shocks, plus provide the foundations for a potentially significant and strategic element of the future green hydrogen economy.”

The planned energy-hub development concept will renew and build further upon a previously announced project of Portland Gas Storage that could not be realised. Granted planning consent in 2008 by Dorset County Council, the project involved an underground salt cavern storage of 43 billion ft³ (bcf) beneath the land of Portland Port.

The pipeline will be designed to have a transportation capacity of up to 1bcf/day.

UKOG also plans to have pilot scale green hydrogen production and storage apart from carrying out an investigation into a hydrogen battery concept at the energy-hub.

Alongside its consultant Xodus, the UK-based energy company intends to develop future potential for supplying renewable power to produce green hydrogen at the site through an over-the-horizon floating wind farm.

Furthermore, UKOG plans to introduce an LNG import facility at the port with an aim to streamline cavern-fill cycle times and maximise revenues.

Its next steps will be to undertake further detailed engineering and commercial studies. After completing them, the company will prepare and submit a detailed planning application for the hydrogen-ready energy storage project.