With the right support, the UK believes that it is in the position to lead the world’s wave and tidal energy sector 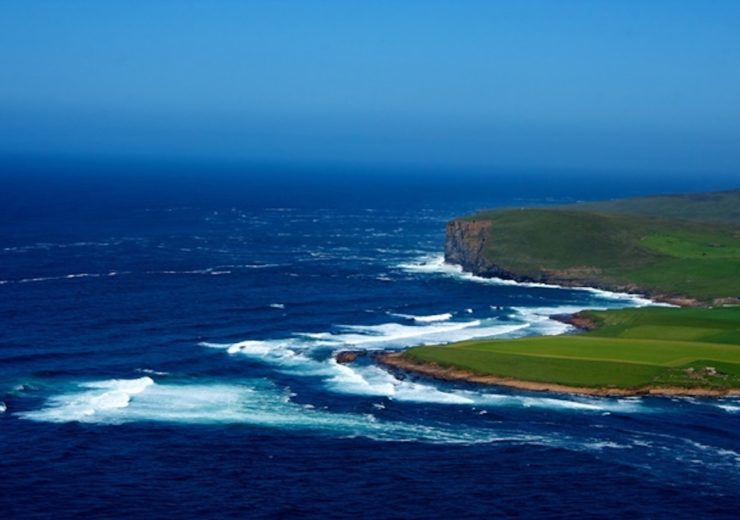 Organisations such as the UK Marine Energy Council, Scottish Renewables and the European Marine Energy Centre, are working to help secure revenue support and pave a more accessible route for the wave and tidal energy industry in the UK.

It has been claimed that more wave and tidal energy devices have been deployed in UK waters than the rest of the world combined.

With 50% of Europe’s tidal energy and 35% of its wave energy resources, the UK has been described in a recent report as taking “a global lead” in developing offshore renewable energy technologies.

Companies from within the UK and across the world have been described as being attracted to the country’s significant marine energy resources, as well as the fact that it also hosts leading test centres: The European Energy Marine Centre (EMEC) in Orkney and WaveHub in Cornwall.

Wave and tidal energy is supporting job growth in the UK

Analysis undertaken in 2016 in the south-west of England, Wales and Scotland concluded that 1700 people are currently employed in the marine energy sector, with predictions for the UK seeing the sector supporting more than 22,600 jobs by 2040.

Indeed 50-60% of the economic benefits are expected to be generated in coastal areas in need of economic regeneration.

As well as creating a versatile and secure energy system, the UK Marine Energy report states that tidal stream and wave technologies also have the potential to help meet carbon targets.

“The UK government’s 2050 carbon targets aim to reduce CO2 emissions by at least 80% of the levels emitted during 1990. Predictions from the Committee on Climate Change suggest the UK may miss its targets for the fourth budget during the period of 2023-27…. Exploiting the UK’s natural marine energy resources,” the report claimed, “could reduce UK carbon emissions by at least 4 MtCO2 per year from 2040.”

With the UK tidal energy sector on the verge of commercialisation, and the wave sector making strong progress in technology development, UK Marine Energy Council and Scottish Renewables says that over the next decade there is the potential for strong growth in the sector, as the first small scale arrays become operational.

However, for the UK to capture the economic benefits based on its early sector lead, “a clear and accessible route to market is required to support sustained private sector investment”.

As former prime minister Theresa May said: “Britain excels at research and development but too often we have failed to reap the socio-economic benefits from the commercialisation of our innovations.”

Although the UK faces increasing competition from Canada, the US and China for investment and expertise, with the right support, industry insiders still believe that the UK is in a position to lead the global market which could grow to £76 billion by 2050.

Route to market for wave and tidal energy

The UK Marine Energy 2019 report sets out what has been described as a landmark economic blueprint for the sectors which remain “effectively locked out of the UK energy market”.

With this report, the industry has come together to deliver recommendations to the government which offer a sensible plan to scale-up the development of both tidal stream and wave power in the UK.

Sue Barr, Chair of the Marine Energy Council, explains how a proposed Innovation Power Purchase Agreement (IPPA) model provides a framework for small-scale tidal and wave technologies to deploy devices in UK waters, and also secures a market for the power they produce.

She said: “The UK’s tidal stream sector has achieved phenomenal results to date…However, despite our world lead in these technologies, both tidal stream and wave power are effectively locked out of the UK energy market by a system which means they must compete with proven technologies, such as fixed offshore wind, which have achieved significant cost reductions having been granted a market mechanism by government.

“If we as a country really want to reap the benefits of building these sectors in the UK, now is the time to act.” Barr added

Recently EMEC and the Marine Energy Council joined efforts to lobby for the IPPA and Innovation Contract for Difference (ICfD) which were outlined in the UK Marine Energy 2019 report. These would encourage corporations to buy their electricity from innovative new renewable energy sources at a higher premium in return for tax breaks.

The higher premium then acts as an incentive for investors, helping bridge the gap between a prototype technology and a commercial production model (when costs can be reduced through building multiples of the technology).

According to EMEC, support for a much-needed revenue incentive mechanism gained momentum throughout 2019. In May 2019, 91 MPs from all the main political parties signed a letter to the energy minister. He was urged to put measures in place to ensure that the UK capitalises on its role as a world leader in wave and tidal power.

The letter, written by the Conservative MP Richard Graham, the Chair of the All-Party Parliamentary Group on Marine Energy and Tidal Lagoons, encouraged the government to include new policies to support innovative wave and tidal stream technologies in its upcoming Energy White Paper.

It is claimed these are needed because the current financial support mechanism – auctions for Contracts for Difference – will not bring forward marine renewables, as the sector is at an earlier stage of development than other technologies which are also competing for CfDs such as offshore wind.

Conservative, Labour and Liberal Democrat MPs who signed the letter suggest reforming the CfD system so that marine technologies compete among themselves for government-backed power contracts. This would drive competition and reduce costs, while incubating them until they are cost-competitive with other mainstream forms of low-carbon power. The MPs also highlighted the IPPA.

“Marine energy is an innovative, world-class industry in which the UK is a global leader. It is time to grasp the opportunity in front of us, as the government has with offshore wind,” Graham said. “Right now people are clamouring for more action on climate change. Marine energy provides a perfect opportunity for the government to show that it is listening.

“To ensure the industry keeps growing, marine energy needs a route to market. The right kind of support will enable firms to take investment decisions which will ensure we retain our advantage – otherwise it will slip away to international competitors. We need to secure the UK’s pole position as a leading exporter of marine technology around the world,” Graham concluded, “capturing the lion’s share of the global market.”

Wave and tidal energy has a strong case for development

“Despite a series of challenges facing the sector our members continue to break records, progress development and, as this new report sets out, deliver benefits to rural communities,” Scottish Renewables Chief Executive Claire Mack said.

“Getting the development pathway for these technologies right means being able to increase the benefits the sector delivers, help balance our energy system and export more of our knowledge abroad – as well as cutting the costs of these innovative technologies.”

Barnaby Wharton, Head of Policy and Regulation at RenewableUK, added: “This report makes a strong case for government to establish a route to market for this ground-breaking technology, using incentives such as tax rebates for companies which sign power purchase agreements with marine power projects.

“The more generators the industry gets in the water, the more opportunities they have to learn how to increase their efficiency and reduce costs. We’re confident that, in time, this industry will be cost-competitive with other forms of mainstream low-carbon generation. As we go down that path, investment will increase and exports will continue to grow.”

Tipping point to bring on change

Reflecting on the development of UK marine power, EMEC’s Managing Director Neil Kermode spoke about how the centre was created to help bring about a new marine industry as effectively, safely and cost-effectively as possible.

Over the past 15 years the centre has successfully installed 31 devices from 21 developers from 11 countries.

“Since EMEC’s set up the climate imperative has changed,” Kermode explained. “Renewables have moved from being a bit ‘weird’ to the core of the UK’s electricity system. The public pressure for decarbonisation is increasing daily and is now joining forces with governmental and business calls that we must change how we power our lives; and change now.

“EMEC therefore finds itself in a position where its track record of helping to deliver complex and challenging energy projects over many years is now in demand in growing and adjacent energy areas.

“The clamour to stop polluting the planet is becoming the new normal, and we now seem to be reaching the tipping point where government, business and public opinion is aligned on the need to change. EMEC,” he said, “is ready to help that change.”