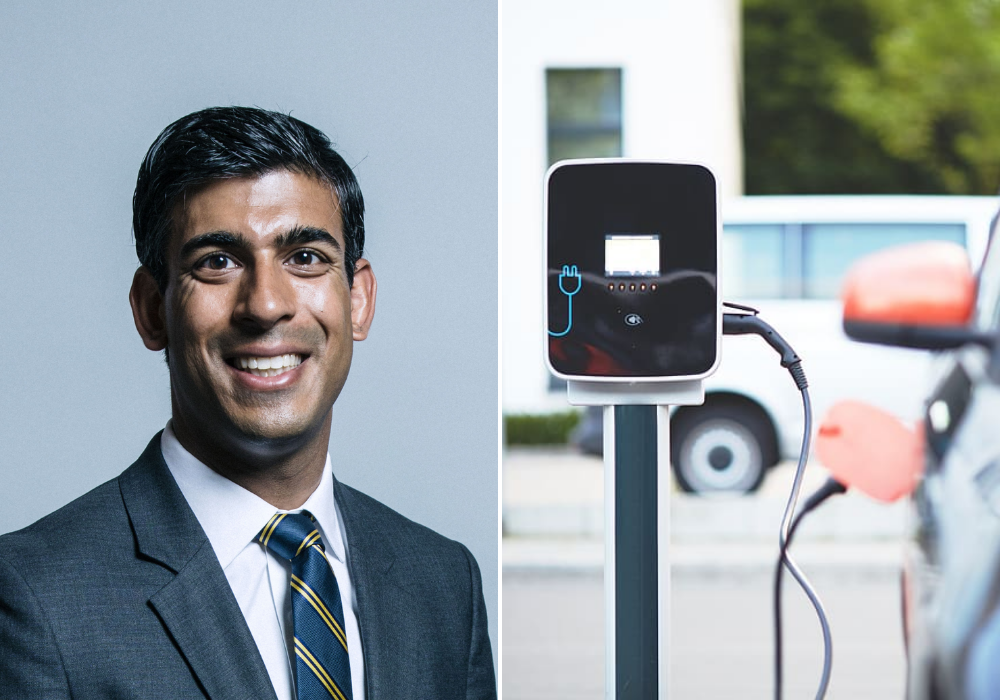 Rishi Sunak said the government will “more than double” its investment in the energy innovation programme to £1bn (Credit: Wikipedia/Chris McAndrew/pxfuel)

The latest UK Budget has earmarked large investments for green energy and carbon capture facilities to in a bid to tackle greenhouse gas emissions.

Rishi Sunak, who was appointed chancellor last month, delivered the announcement today (11 March) on the areas Britain plans to prioritise for government spending over the next 12 months.

As the UK prepares to host the UN’s COP26 climate conference in November, the government has promised increased funding for green transport technologies and carbon capture storage facilities as it aims to reach its net-zero emissions target by 2050.

On delivering the Budget, Sunak said there can be no lasting prosperity for society if “we do not protect our planet”.

“We plan to create the high-skill, high-wage, low-carbon jobs of the future – to level up with completely new industries in our regions and nations, and to raise our productivity and lift our quality of life – even as we cut our emissions,” he added.

“The Treasury’s net-zero review will set out the government’s strategic choices ahead of COP26, and today’s Budget takes the first steps.”

How the UK Budget will invest in green energy

In the build-up to the chancellor’s spending plans for the next year, there had been pressure for the UK to invest in technologies of the future that will help reduce emissions.

A report released last week by Lord Nicholas Stern, chairman of the Grantham Research Institute on Climate Change and the Environment, called for the Budget to include major zero-carbon investments in order to reposition the nation’s economy in the next decade and combat climate change.

As promised in the Conservative manifesto, Sunak confirmed his party’s intention to “level up” its ambitions for greener energy.

To help develop “cleaner alternatives” for red diesel and other fossil fuels, he said the government will “more than double” its investment in the energy innovation programme to £1bn ($1.29bn).

While taxes will remain on pollution, there will be cuts on taxes for clean transport to make it “cheaper to buy zero or low-emission cars, vans, motorbikes and taxis”.

Road transport is responsible for 91% of domestic transport emissions, and around a fifth of overall UK emissions.

To support drivers in the move away from polluting vehicles, Sunak announced an investment in electric vehicle charging infrastructure to ensure drivers are never more than 30 miles from a rapid charging station, while providing £532m ($686m) for consumer incentives for ultra-low emission vehicles.

Alongside investments in green energy, the government will increase its spending on carbon capture capabilities with the creation of a Carbon Capture and Storage (CCS) Infrastructure Fund.

CCS – which involves removing CO2 from the atmosphere, transporting it to a storage site and depositing it, often underground – is a system that’s attracted growing interest recently.

Sunak said CCS is “exactly the kind of technology where Britain can lead the world over the next decade”.

The sites will create up to 6,000 jobs in areas like Teesside, Humberside, Merseyside or Saint Fergus in Scotland, according to the chancellor.

To encourage more environmentally-friendly ways of heating homes and other buildings, the government will also introduce a Green Gas Levy to help fund the adoption of greener fuels.

More than £900m ($1.16bn) will be made available to ensure UK businesses are leading the way in high-potential technologies like nuclear fusion.

A portion of this funding will contribute to a wider investment of up to £1bn to develop UK supply chains for the large‑scale production of electric vehicles, announced in September.