To be built with a total investment of $13.6bn, the MBR solar park is expected to have total capacity of 5GW by 2030 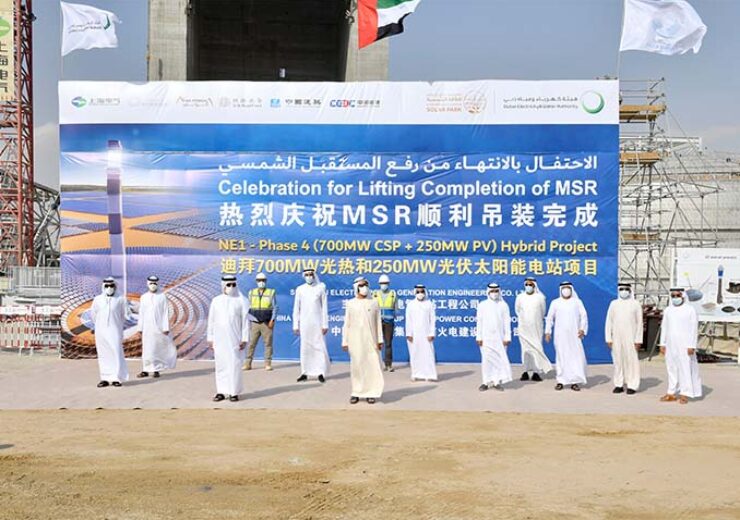 The third phase of solar park built with an investment of $940m. (Credit: Dubai Electricity and Water Authority.)

With the third phase now online, the solar park currently has an operational capacity of 1,013 MW.

Featuring photovoltaic solar panels, the first phase with a capacity of 13MW commenced operations in 2013, while 200MW second phase commissioned in March 2017.

DEWA has built the third phase in partnership with a consortium led by Abu Dhabi Future Energy Company (Masdar) and EDF Group, through its subsidiary EDF Énergies Nouvelles.

Constructed with a total investment of AED3.4bn($940m), the third phase of the MBR solar park will generate enough clean energy for over 240,000 residences in Dubai.

In addition, the third phase is expected to offset 1.4 million tonnes of CO2 emissions per year.

Masdar chairman and UAE Minister of Industry and Advanced Technology Sultan Ahmed Al Jaber said: “Inspired by the vision of the UAE leadership, the inauguration of the third phase of the Mohammed bin Rashid Al Maktoum Solar Park marks a significant milestone in the journey towards achieving the UAE’s target of having 50 per cent of its power coming from clean energy by 2050.”

The fourth phase of the solar park will have a capacity of 950MW, which is being built with an investment of AED15.78bn ($4.3bn).

Under the phase, the solar park will see the installation of three hybrid technologies to produce clean energy.

The technologies will include 600MW from a parabolic basin complex, consisting of three units of 200MW each, 100MW from a solar power tower, and 250MW from photovoltaic solar panels.

Upon completion, clean energy generated from the fourth phase is expected to be sufficient to power 320,000 residences and reduce 1.6 million tonnes of carbon emissions per year.

In April, DEWA has signed a 25-year power purchase agreement (PPA) with ACWA Power for the 900MW fifth phase of the MBR solar park.