Sayona Mining, which has a 60% stake in the Moblan lithium project in Canada, will expand its northern lithium hub in Québec through the deal 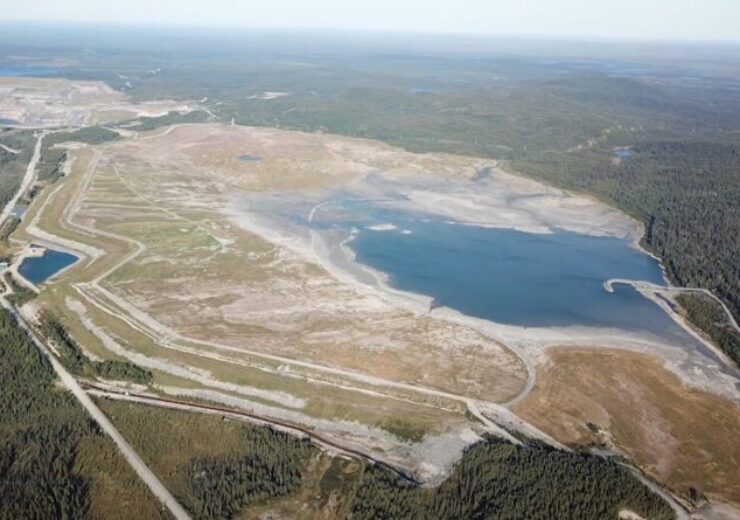 Canadian mining company Troilus Gold has agreed to sell a package of 1,824 claims located near the Moblan lithium project in Québec, Canada to a subsidiary of Sayona Mining, in a deal worth C$40m ($29.9m).

The deal will enable Sayona Mining, which is an emerging lithium producer, to expand its northern lithium hub in the Canadian province.

Sayona Mining has a 60% stake in the Moblan lithium project. The remaining 40% of the project is owned by SOQEM, a subsidiary of Investissement Québec.

The claims involved in the deal cover an area of nearly 985km2 and extend over a significant part of the Frotêt‐Evans Greenstone Belt.

In addition, Troilus Gold will be given a 2% net smelter returns (NSR) royalty on all mineral products drawn from the transferred claims.

Sayona Mining will also subscribe to about C$4.8m ($3.6m) worth of common shares of Troilus Gold to increase its stake in the latter to 9.26%.

Troilus Gold CEO Justin Reid said: “We are pleased to welcome Sayona as a major shareholder, joining Investissement Quebec, their partner in the Moblan Lithium Project.

“The Sale is for claims considered at present to be non-core assets of the Company as our current focuses are on the development and exploration of well-defined targets over the 400 square kilometres that we have retained all while advancing the development of the Troilus Project.

“Nevertheless, given the opportunity for continued discovery and the prospective nature of the ground being transferred, we are excited to maintain exposure through a 2% NSR.”

The claims in the deal do not cover any of Troilus Gold’s claims on which it currently has a National Instrument 43-101 gold and copper resource estimate nor do they include the ground where majority of recent exploration work took place.

Sayona Mining managing director and CEO Brett Lynch said: “This is an investment in Sayona’s future production by acquiring nearly 1,000 square kilometres of prospective lithium acreage, more than 200 times the size of our current Moblan project.

“The lithium market needs large tonnages for long periods and we are excited by the potential to expand our lithium resources in northern Québec.

“Added to our southern Abitibi hub centred on North American Lithium, Sayona is rapidly advancing the leading lithium resource base in North America, in preparation for our move downstream into lithium carbonate and hydroxide production.”

Sayona Mining launched a pre-feasibility study (PFS) for the construction of a lithium mine and concentrator at the Moblan project in October 2022.

The PFS is scheduled to be completed by May 2023, and then a definitive feasibility study will be conducted, which is anticipated by the end of September 2023.