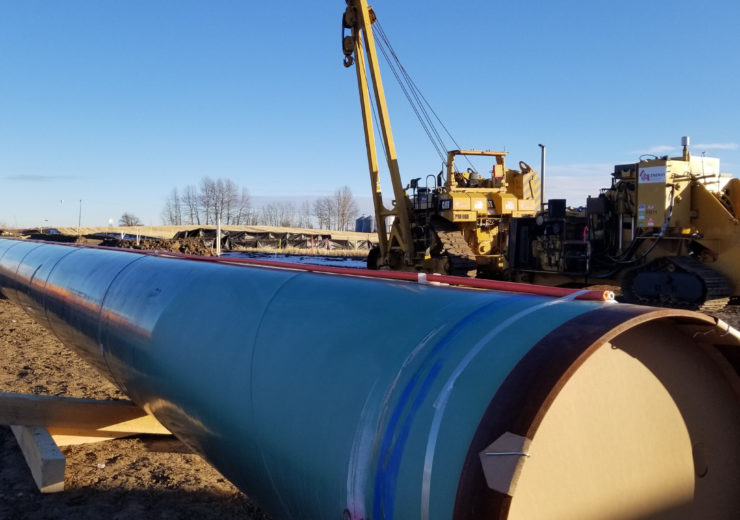 The Trans Mountain Expansion Project has cleared a major legal hurdle with the Supreme Court of Canada upholding an earlier decision made in its favour by the Federal Court of Appeal.

The Canadian apex court declined to hear the various legal challenges made by certain indigenous groups against the federal government’s re-approval of the pipeline expansion project.

In February, the appeals court dismissed four legal challenges put up by Coldwater Indian Band, Tsleil-Waututh Nation, Squamish Nation, and others. The allegations made in the challenges were that the Canadian government did not fulfill its obligation of consulting with them ahead of the re-approval of the Trans Mountain Expansion Project.

The Federal Court of Appeal, earlier this month, concluded that there was no legal basis for overturning the government’s decision. The litigants subsequently took the option to appeal against the appeals court’s judgment in the Supreme Court of Canada.

Trans Mountain president and CEO Ian Anderson said: “We are pleased that the scope of the Federal Court of Appeal’s Decision was upheld by the Supreme Court of Canada. After many years of consultation, reviews and approvals, we will continue to move forward and build the Expansion Project in respect of communities and for the benefit of Canadians.”

The project proponent said that construction on the Trans Mountain pipeline expansion project is in progress in British Columbia and Alberta.

What is the Trans Mountain Expansion Project

The Trans Mountain Expansion Project has been taken up to increase the capacity of the existing Trans Mountain Pipeline from 300,000 barrel of oil per day (bpd) to 890,000 bpd.

The project calls for the twinning of the 1,150km-long Trans Mountain Pipeline between the two Canadian provinces. The CAD7.4bn ($5.52bn) expansion project and the original pipeline system are owned by the Canadian government.

For a long time, the pipeline expansion project has been opposed by various environmental groups. The Raincoast Conservation Foundation, which is one of them, claimed that the project will increase tanker traffic and will carry a great risk of an oil spill in British Columbian waters, besides threatening the existence of the Southern Resident killer whale population.

Raincoast Conservation Foundation senior scientist Paul Paquet said: “We are disappointed but understand that while the law and justice are ideally connected, they are not always the same. The decision exposes gaps in how the law is applied that leave vulnerable endangered species susceptible to exploitation and abuse, intended or otherwise.”